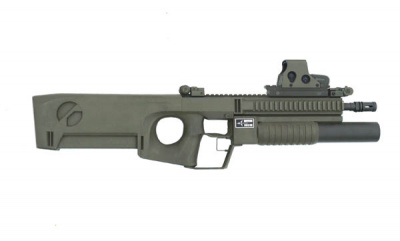 The Crye Associates MR-C was a proposal by Crye Precision (better known for developing camouflage patterns such as MultiCam) for a next-generation bullpup assault rifle using 6.8mm caseless ammunition and a 40mm grenade launcher known as the AGL. The weapon was cancelled before a single working prototype had been created, and the only physical examples of MR-C rifles are non-functional mockups. The design is largely known for appearing in the Tom Clancy's Ghost Recon video games.

The Crye Associates MR-C has appeared in the following: