PS. The doubling of the several images is the defect of the old film tape.

The following weapons were used in the film Tom Sawyer:

Numerous characters can be seen armed with the Percussion Cap Pistol 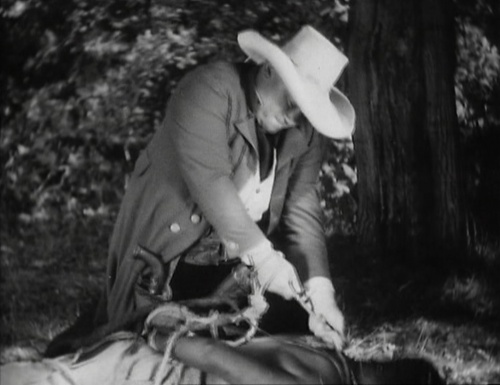 Pastor Pipkins (Leonid Kulakov) struggles with the slavery George (Lloyd Patterson), while the pistol can be seen in his holster. 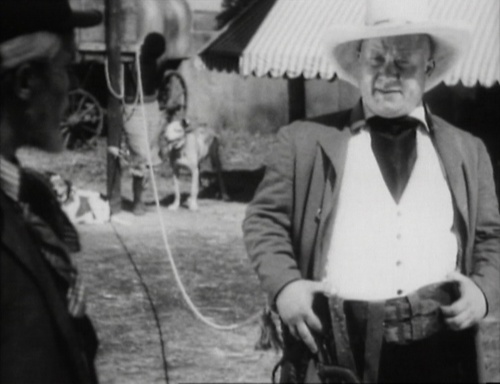 The grip of the Pipkins' pistol can be seen. 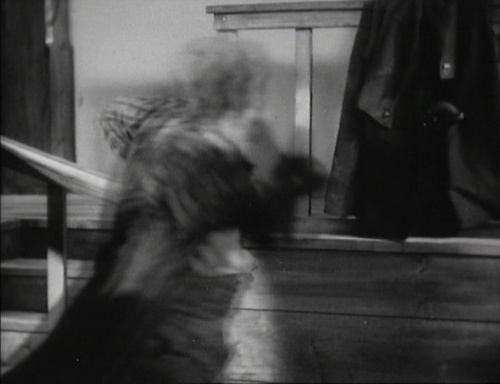 Pap Finn (Boris Zagorsky) a second before possess the pistol. 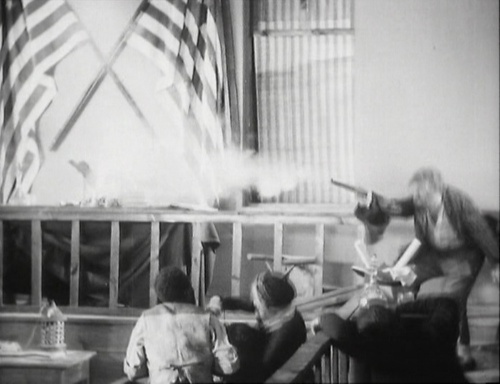 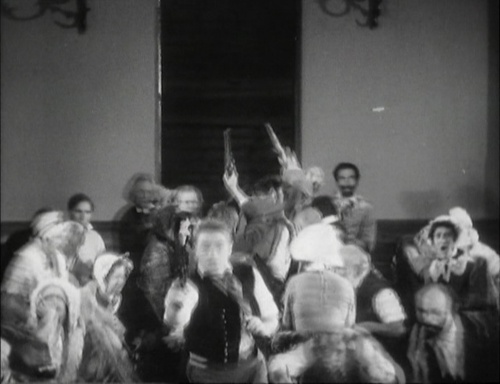 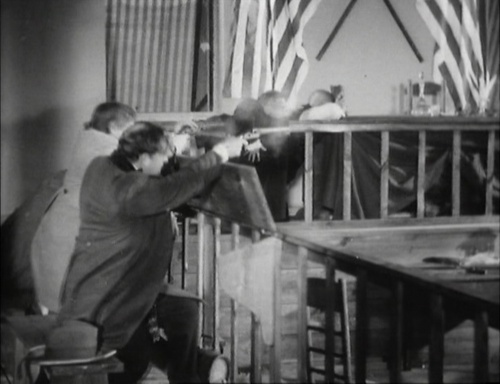 Policeman fires their pistols. The typical shapes of percussion hammers can be perfectly seen. 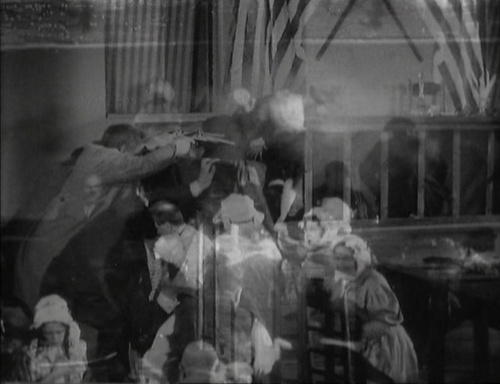 The better view of the percussion hammers. 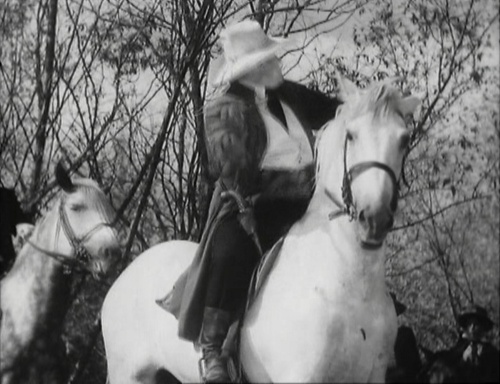 Pipkins' with the holstered pistol. 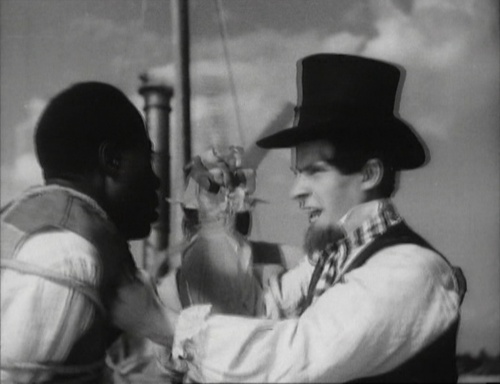 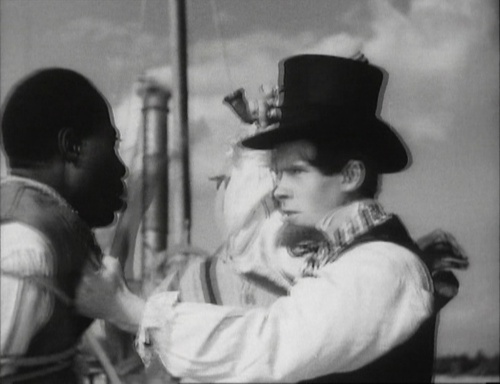 The twin barrels can be seen. 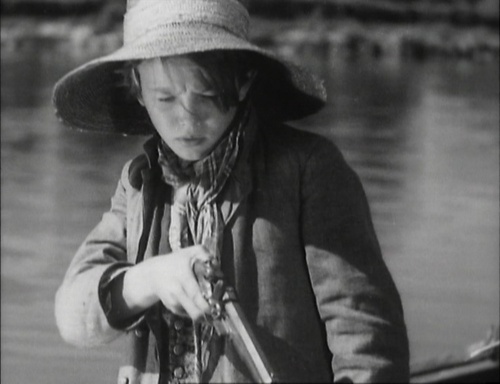 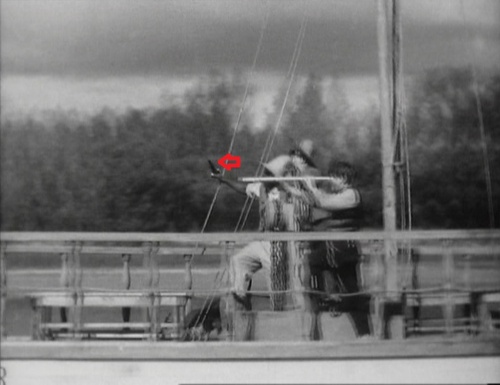 Jim Washington holds the pistol (pointed by the red arrow).

Pap Finn (Boris Zagorsky) owns the Percussion Shotgun, which he carried throughout the movie, but had never fired. 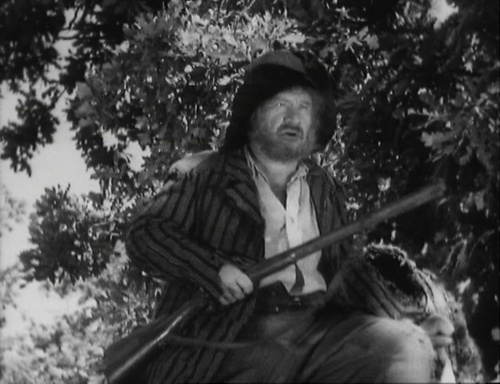 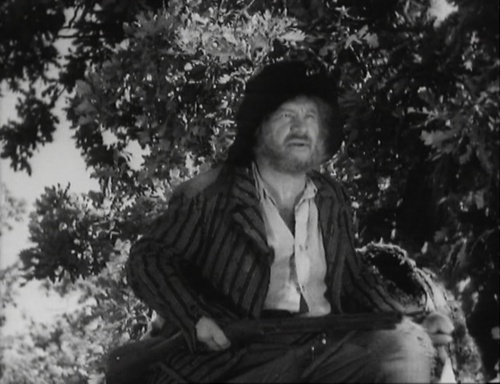 The ramrod of the Finn's shotgun can be seen. 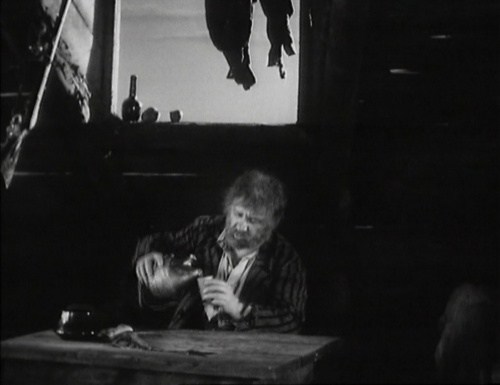 Finn's shotgun can be seen hanged on the wall (at the far left). 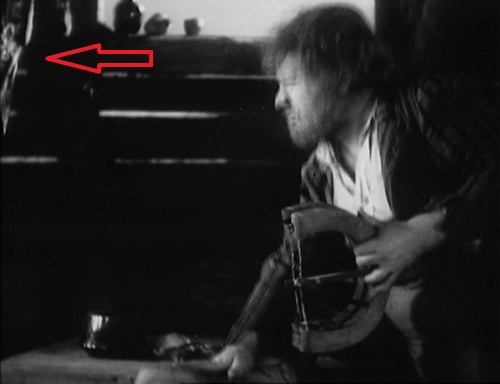 The more close view of the Finn's shotgun (pointed by the red arrow). 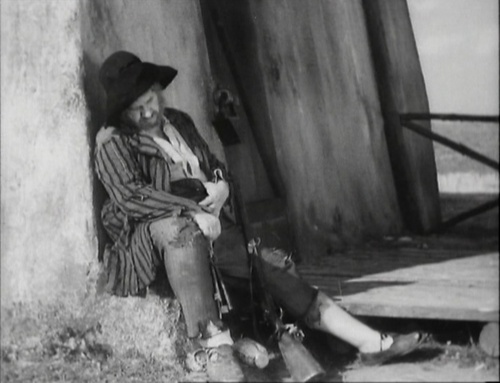 Drunken Finn puts the shotgun to his knee. 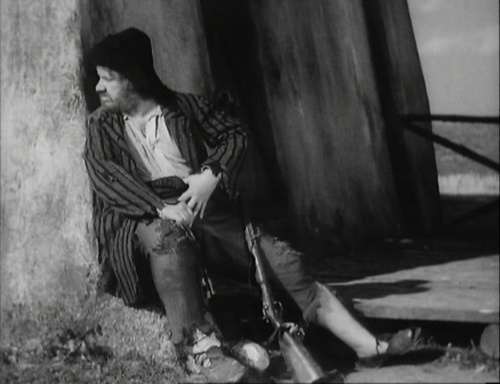 The percussion hammer can be perfectly seen.

The percussion Schuetzen rifle can be seen attached to the Pipkins' saddle. 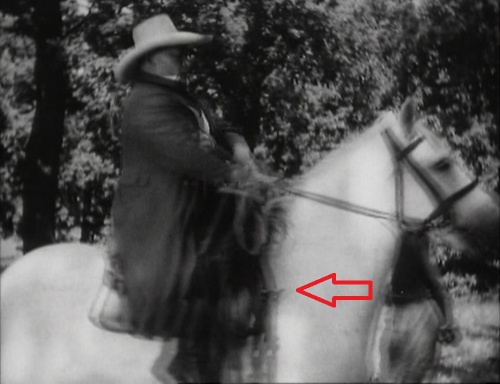 The shot is doubled but the typical shape of the percussion hammer can be seen. 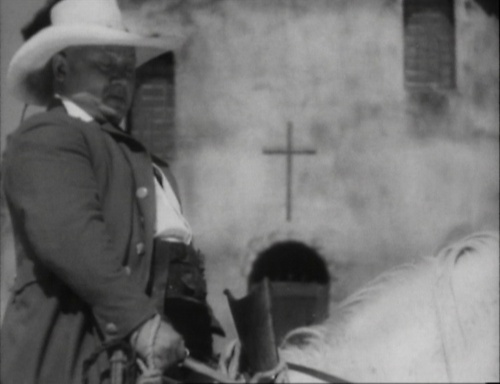 The shape of the butt stock can be perfectly seen. 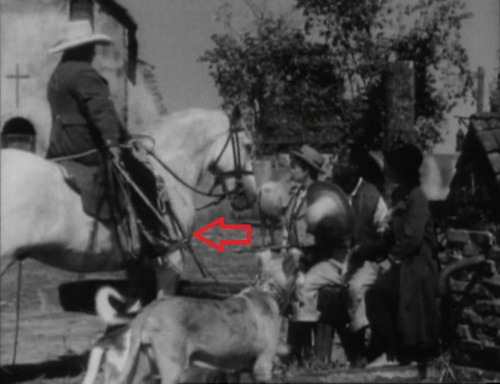 The length of the rifle (pointed by the red arrow) can be seen.

The “Missouri River” naval steamer is equipped with the smoothbore muzzle-loaded cannon. The combination of relatively large caliber and short barrel allows to suggest that it's a yedinorog ("unicorn"), a specific Russian model of the gun-howitzers of the 18th-19th centuries. This particular yedinorog seems to be naval model of early 1800s in 8-pounder caliber. 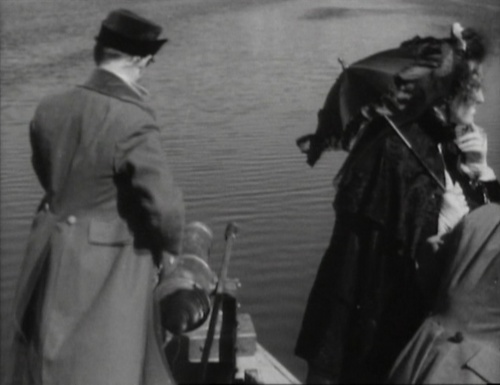 The cannon is aimed. 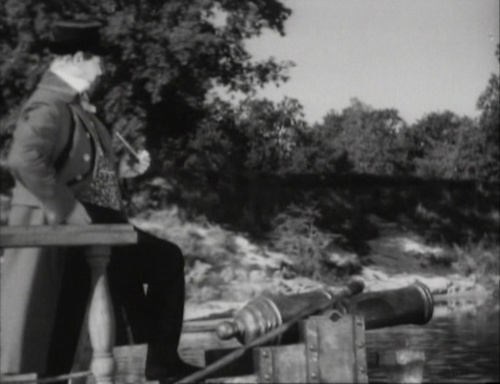 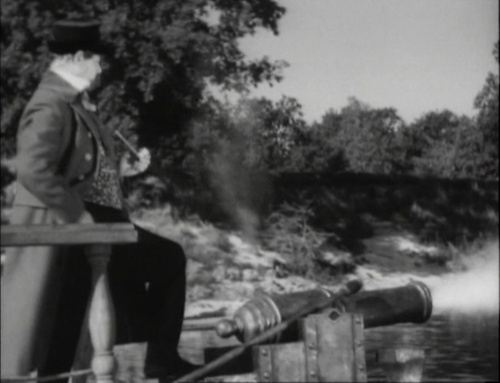 The cannon is fired. Note the smoke from the touch hole. 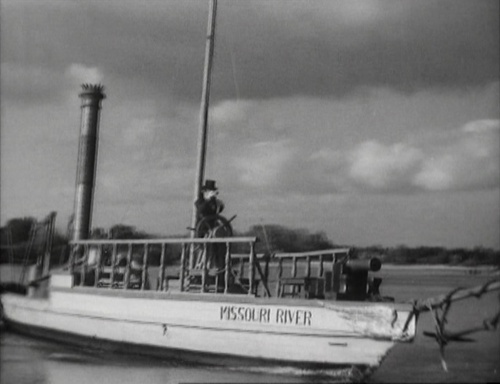 The cannon's muzzle can be seen. 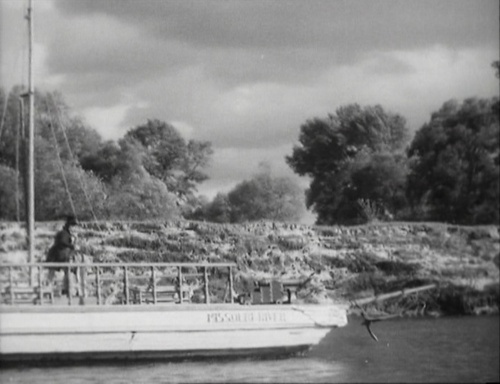 The “Missouri River” naval combat steamer appeared at the several scenes. Actually, it's a small river paddle steamer, maybe a tug but of course originally it wasn't a naval ship. In the movie it appears as a kind of gunboat.

The “Missouri River” during the chase. 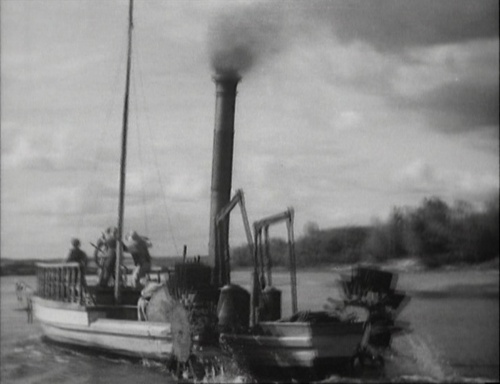