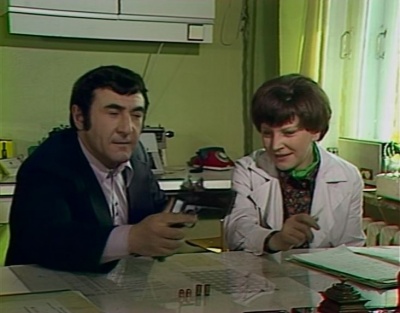 Leonid Semyonovich Kanevskiy (born May 2, 1939) is a Soviet, Russian and Israeli stage and screen actor, best known for the role of detective Aleksandr Nikolaevich Tomin in cult detective TV series Sledstvie vedut ZnaToKi (1971-2002). From 1991 Kanevskiy lives in Israel. From 2006 he is the host of Russian detective TV show Investigation Held by... about most high-profile crimes committed in the USSR (the title of the show is a tribute to Investigation Held by ZnaToKi).