The following weapons appear in the anime Digimon Tamers: 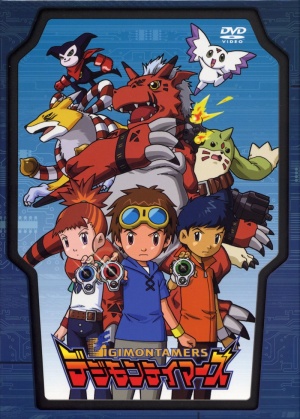 In one episode, Takato Matsuki loses track of Guilmon, his digimon partner. In a panic, Takato envisions Guilmon being shot by police armed with Nambu Model 60 revolvers. 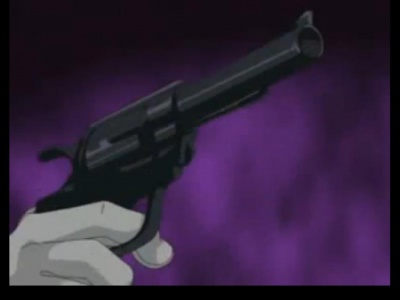 A police officer aims a Nambu Model 60 revolver at Guilmon

In several episodes, the Japanese Ground Self-Defense Force (JGSDF) can be seen attempting to engage hostile digimon and later the D-Reaper with AH-1 Cobra gunships, the Cobras being armed with chin-mounted M197 Vulcan cannons. 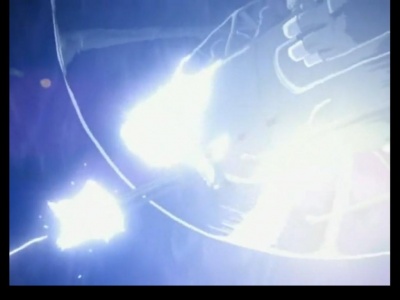 In addition to the Vulcan cannon, the AH-1 Cobras operated by the JGSDF are also armed with BGM-71 TOW launchers on the outboard wing pylons.

A JGSDF AH-1 Cobra fires on a digimon, BGM-71 TOW launchers visible on the outboard pylon

Later in the series, JGSDF soldiers can be seen armed with Howa Type 89 assault rifles while responding to the D-Reaper's invasion of Shinjuku. 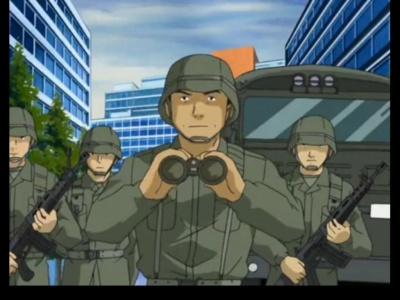