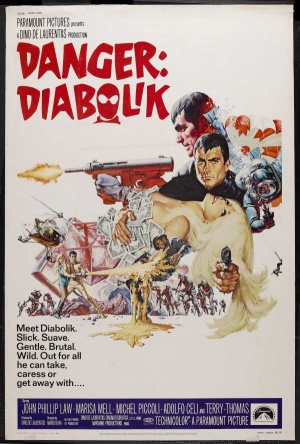 Danger: Diabolik (1968) This was the American release title (and poster) aimed at capitalizing on the James Bond 007 craze of the 1960s.

Diabolik (a.k.a. Danger: Diabolik) is a 1968 Italian espionage thriller, directed by Mario Bava and starring American actor John Phillip Law and many actors/actresses who were familiar to Italian moviegoers. Though being an American, John Phillip Law was also fluent in Italian, which made him popular in that particular film market. Though the international title of the film was Diabolik (named after the titular character) it was re-titled by the distributor as Danger: Diabolik for its' release in the U.S. Theatrical market to enhance the 'adventure' aspect of the film, since the term 'diabolic' or 'diabolical' in American cinema marquees usually described Horror or Alfred Hitchcock style murder films. It is noteworthy that the campy nature of the film made it a target of the MST3K (Mystery Science Theatre 3000) treatment.

The following weapons were used in the film Diabolik:

The first-generation Colt Detective Special is seen twice in the film. Gangster Valmont (Adolfo Celi) uses a nickel version to shoot dissenting members of his gang. Later, police officer Sergeant Danek (Mario Donen) while disguised as a waiter, uses a blued version to shoot at Diabolik. 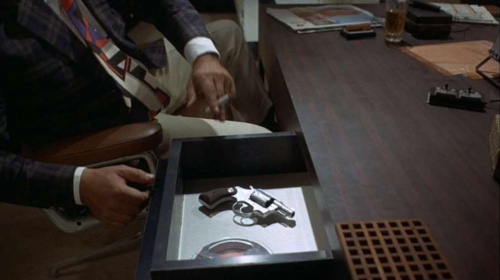 Valmont's nickel plated Colt Detective Special in his desk drawer. This looks to be the .32 caliber version since the cylinder seems smaller than the .38 special variant. 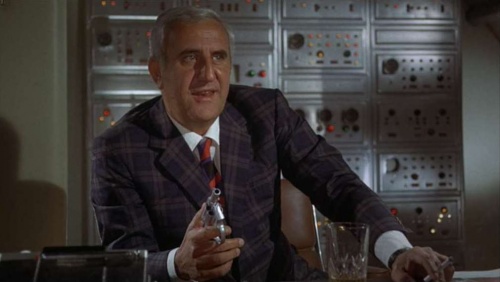 Valmont with the Colt Detective Special. 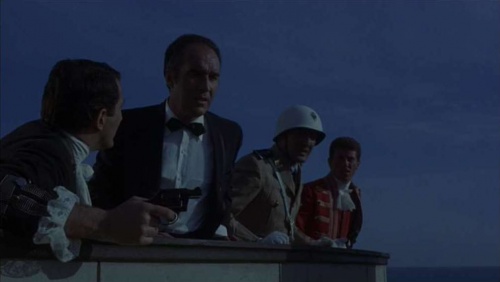 The Beretta M951 is by several characters throughout. Inspector Ginko (Michel Piccoli) uses one kept in a shoulder holster. 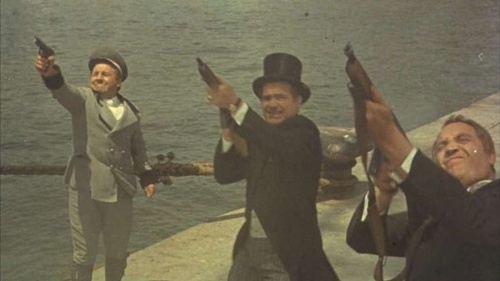 The chauffeur to the left fires at Diabolik with his Beretta M951. 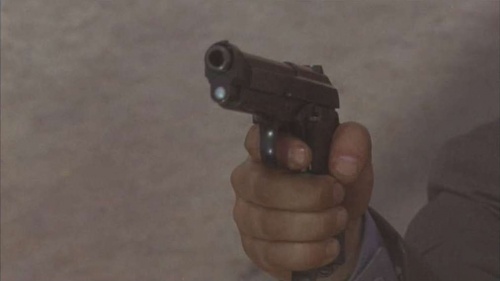 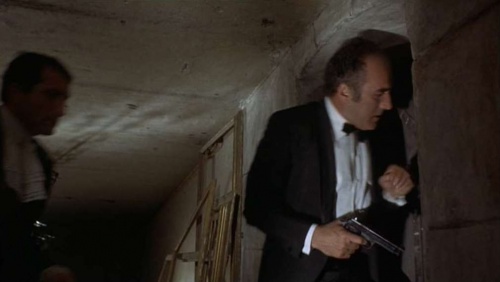 Ginko tries to batter down the door while holding the Beretta M951. 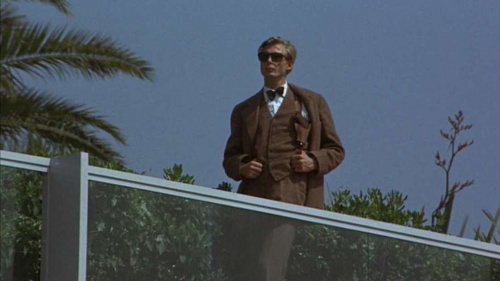 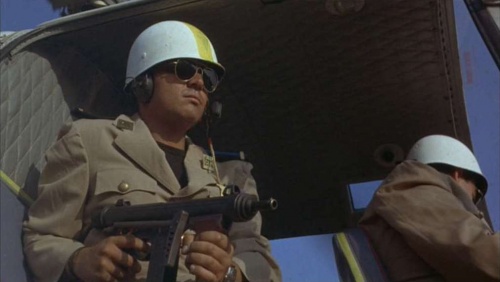 Policeman in a helicopter with his Beretta M12. The folding stick is visible. 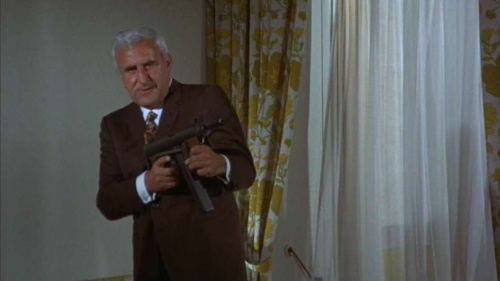 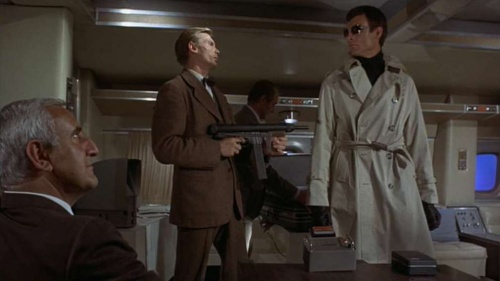 The M1A1 Thompson is used by several police officers and guards throughout the film. 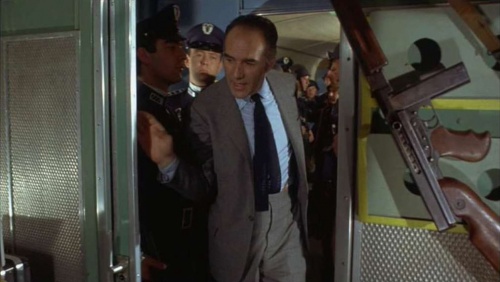 A Thompson seen on the wall to the right. This firearm, interestingly enough, is missing the rear sight.

MP40 SMGs are also seen in the film. 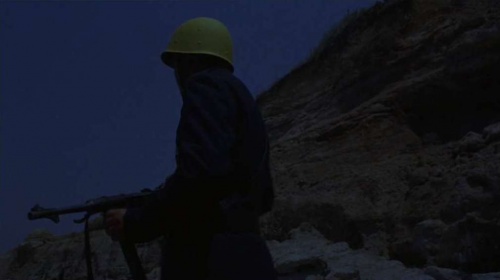