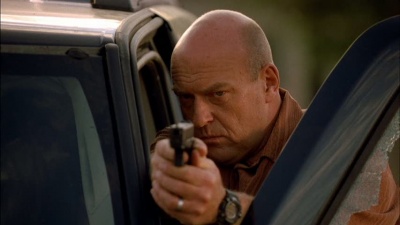 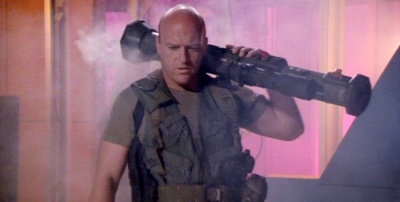 Dean Norris as Jackson Lasarr carries a spent AT-4 84mm launcher with a night vision scope attached, after firing it from inside a cramped stairwell (not a recommended usage) in the show V.I.P. 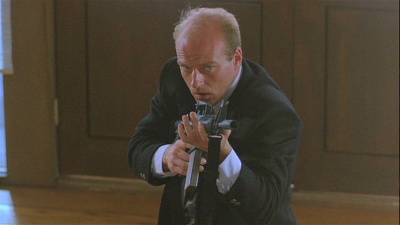 Dean Norris holds an XM177 as Det. Goodhart in Hard to Kill.

Dean Norris is an American actor who is well known to television audiences for his role as DEA Agent Hank Schrader in the series Breaking Bad. Prior to that series, he had been seen in numerous films and television series, often portraying various law enforcement officers and government officials. His frequent roles include appearances in such films as Lethal Weapon 2, Terminator 2, The Negotiator, and The Firm as well as the television series V.I.P., The X-Files, The Unit, Tremors: The Series in addition to his regular role in the mystery series Under the Dome.