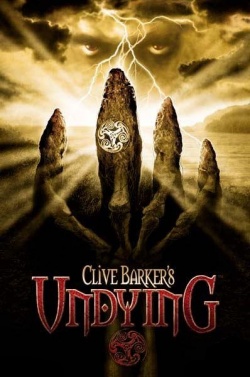 Clive Barker's Undying is a paranormal horror-themed first-person shooter co-written by Clive Barker. It was developed by DreamWorks Interactive, now known as Danger Close (Medal of Honor series) and published by EA Games in 2001. The story follows an adventurer called Patrick Galloway, as he is investigates paranormal activities at his friend's mansion.

The following weapons can be seen in the game Clive Barker's Undying:

The Smith & Wesson Schofield Model 3 is Patrick Galloway's old, but trusty six-shooter. It fires ".45cal" ammunition, and cannot be reloaded unless if it runs out completely. Can fire normal and silver bullets, the latter doing increased damage against supernatural creatures. During the reload the player swings out the cylinder and loads the new rounds, even though this revolver is top-break action in real life. Fires continuously at a very slow rate if the player holds the fire button. Appears simply as "Revolver" in the game. 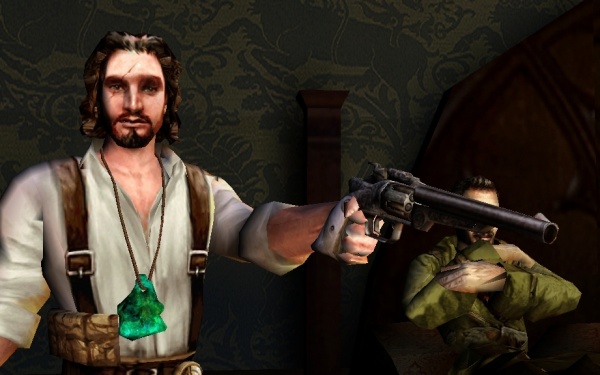 Galloway holds his trusty revolver in a cut-scene. 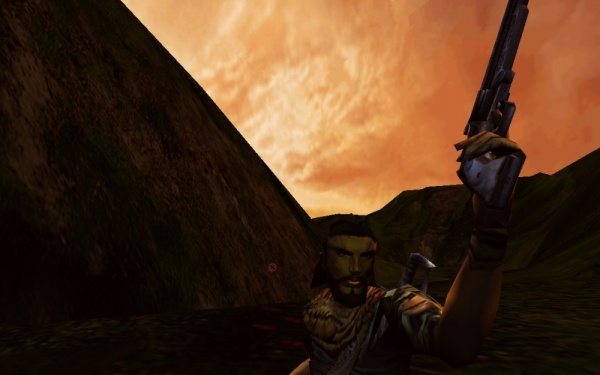 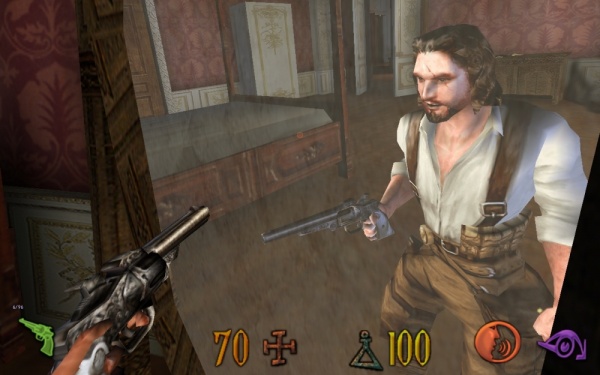 Galloway admires himself in the mirror. 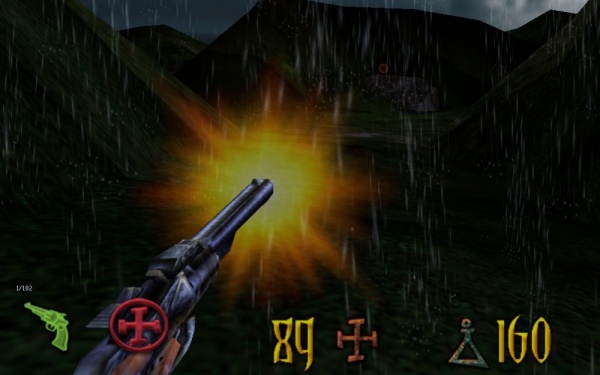 Despite being an old game, the hammer actually hits the firing pin and the cylinder also rotates during the shots. However, the revolver incorrectly operates in Double Action mode, because the hammer is never cocked by Galloway. 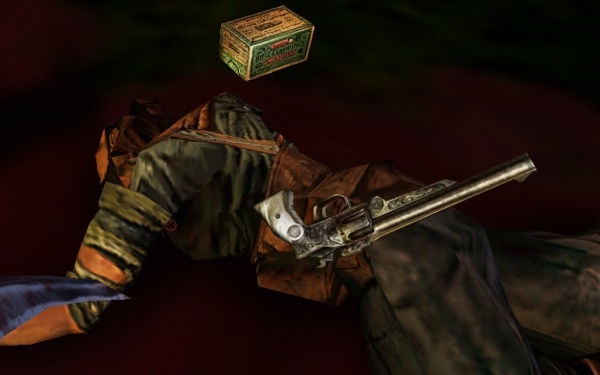 A revolver on a dead warrior and a box of shotgun ammo.

The second usable non-fictional firearm in the game is a sawed-off SxS shotgun. Can fire normal and phosphorus shells. Just like the revolver, it can only be reloaded if both barrels become empty. 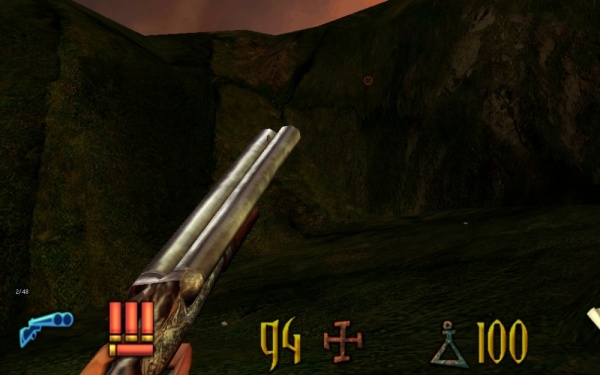 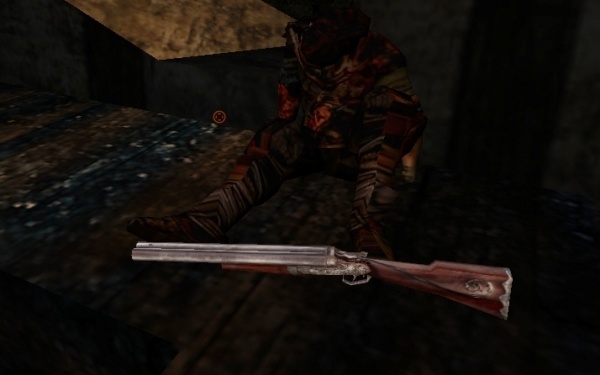 A shotgun sitting on the floor next to its former owner. 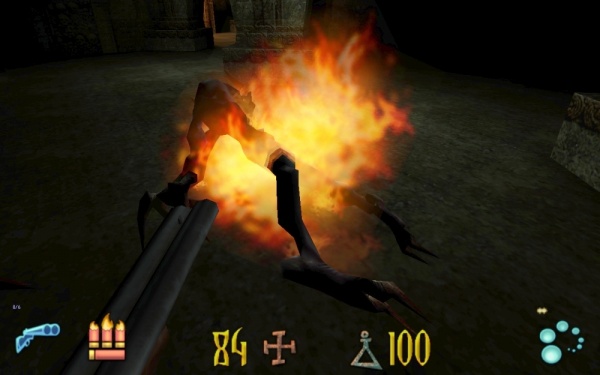