Depends if there's anything interesting about them, really. It's ok to add them for the sake of completeness on a game page, it's movie pages they're pointless on since nobody's going to wonder what kind of bottle that guy threw. Evil Tim 07:31, 3 July 2011 (CDT)

I would suggest adding them; I still own a copy of this game and would have made this page myself had you not beaten me to the punch. The Dynamite Bundles perform the role of hand grenades in this game, which is odd since this game takes place after WWI (long after hand grenades had been adopted en masse and were mass produced), until you remember that the Dynamite is used in the game to destroy a few barriers, something frag grenades can't do as well. I'll see what I can do to contribute a few more screenshots to this page. --Mazryonh 10:18, 3 July 2011 (CDT)

Molotov Cocktail
Up to four molotov cocktails can be carried by Galloway. Useful to take out groups of enemies. 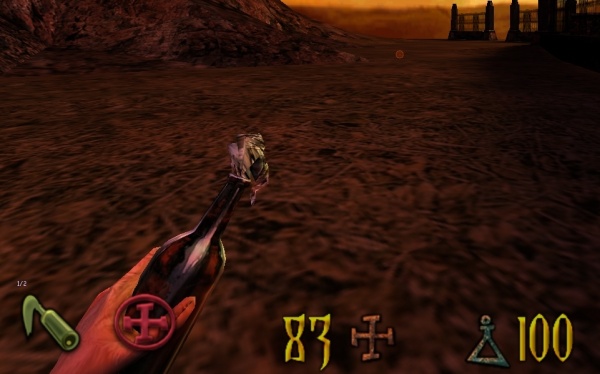 Dynamite
The Dynamite appears as a backpack item instead of being a weapon. It is mainly used to blow up walls and discover hidden areas. 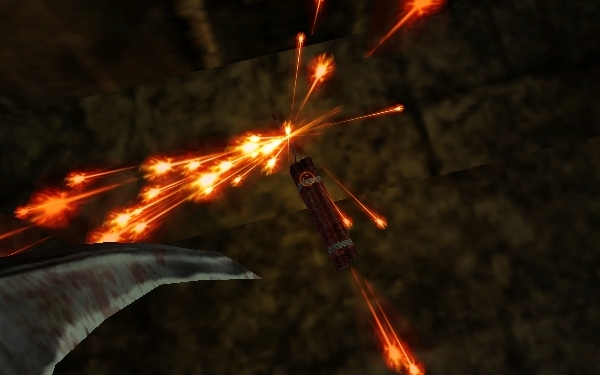 A dynamite on the ground.
Retrieved from "https://www.imfdb.org/index.php?title=Talk:Clive_Barker%27s_Undying&oldid=704722"