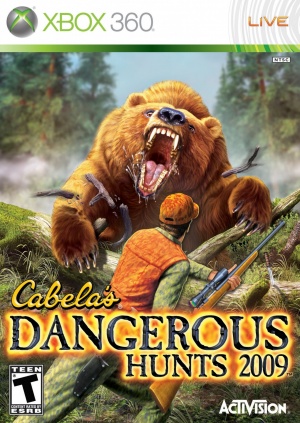 It should be noted that the following images were taken by a digital camera, hence the low quality.

Dubbed the ".50 AE Hunting Pistol", the Desert Eagle Mark XIX semi-automatic pistol is the weakest handgun in the game, but it also has massive recoil. It appears as Flint's starting handgun. 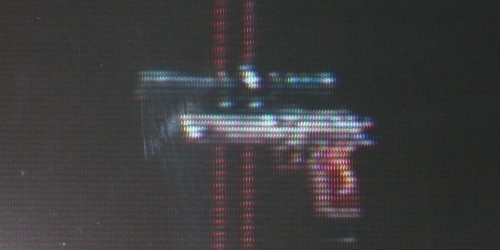 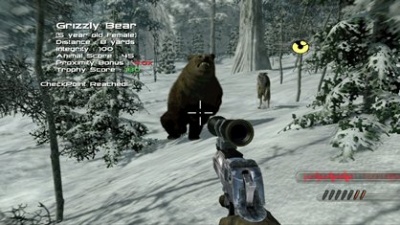 Desert Eagle ingame. While a Desert Eagle would normally be extremely useful in this situation, Flint has forgotten to cock the hammer, meaning he can't actually fire his weapon.

Dubbed the ".475 Magnum Hunting Pistol", the .475 Wildey Magnum pistol is extraordinarily powerful and also has massive recoil. This possibly marks the weapon's first appearance in a video game. 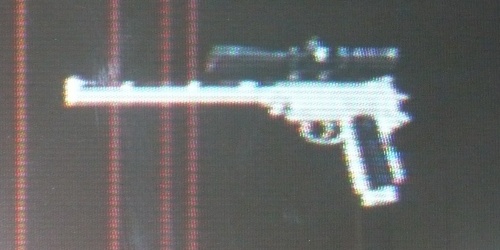 Called the ".50 Revolver" the Smith & Wesson Model 29 is the second most powerful handgun in the game, and has quick reloads. 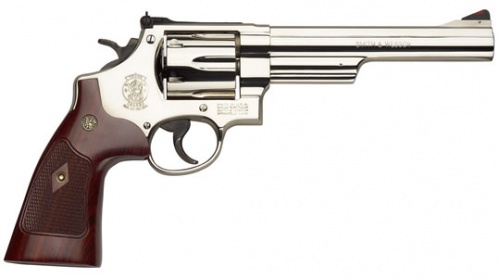 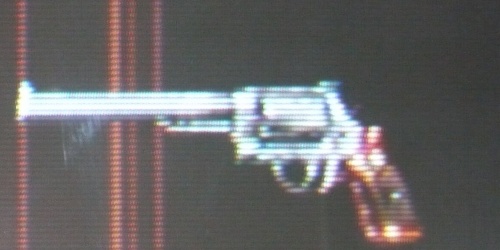 .50 Revolver. Someone apparently confused it with its big brother, the M500, but even then the name would still be wrong.

The Searcy Double Barrel Rifle appears in the game, dubbed the ".700 Nitro Express Double Rifle". It is the most powerful weapon in the game, capable of downing everything from a wolf to an Elephant in one shot at close range. There is a strange glitch that sometimes occurs when reloading. Flint will put the shells into the rifle, but when he closes the rifle, the shells hover overtop the barrels. This could be the rifle's first appearance in a video game. 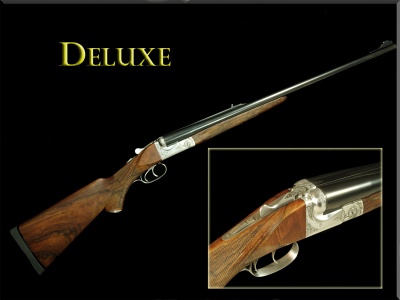 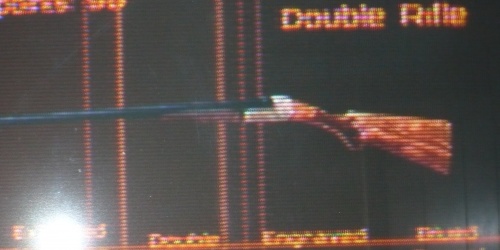 Called the ".30-30 Lever Action Rifle", the Winchester Model 1866 "Yellow Boy" is the most powerful low caliber rifle ingame. It is very handy, but the player must deal with slow reloads. 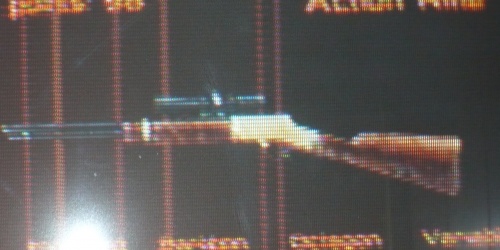 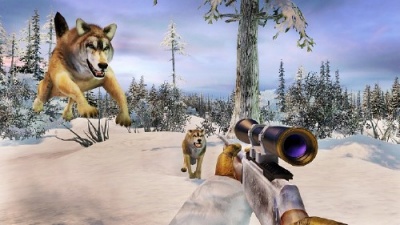 The Browning Automatic Rifle Safari appears in the game as the ".338 Autoloader Rifle". 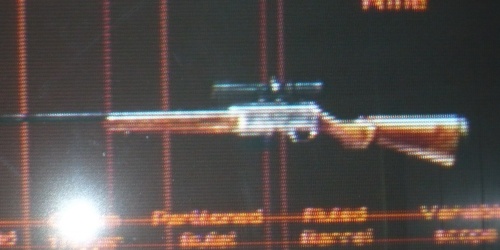 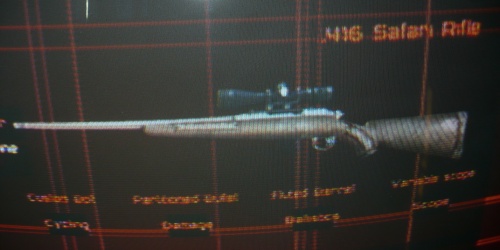 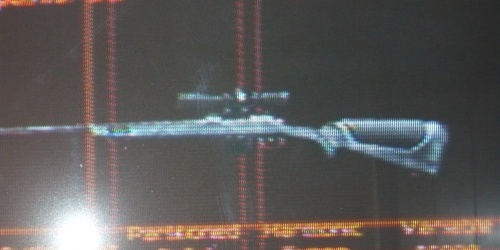 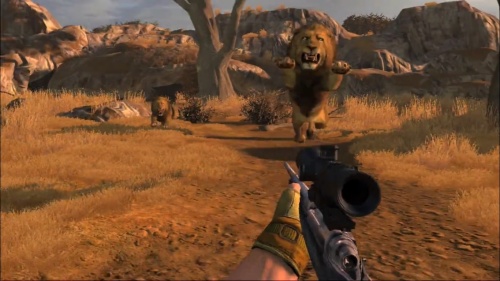 Flint with the Winchester Model 70 as a lion pounces.

The Savage Arms 25 is erroneously referred to as the ".375 Thumbhole Rifle". 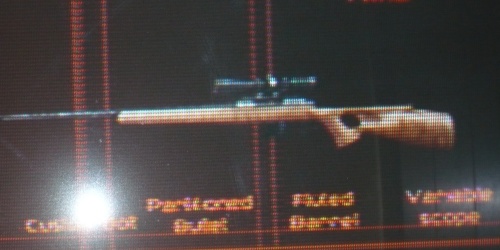 Dubbed the ".308 Scout Rifle", the Steyr Scout is a very handy rifle to use. 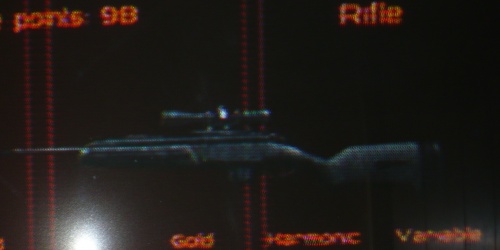 Dubbed the ".308 Semi-Auto Rifle", the AR-10(T) semi-automatic rifle has one of the highest rates of fire for any gun in-game. Its downside is its low power. In-game, it is shown with a collapsing stock. 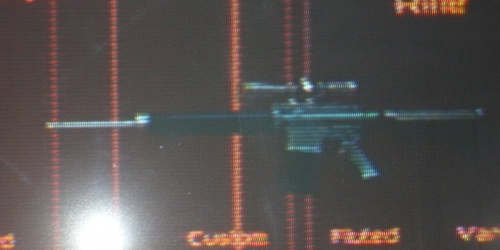 The Kimber 84M LPT rifle appears in the game, chambered in .223. 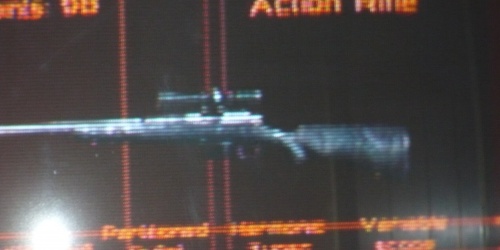 The Remington Model 798 appears in the game erroneously chambered in .577. 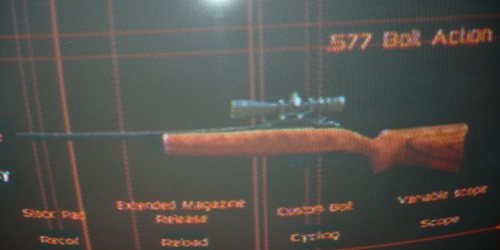 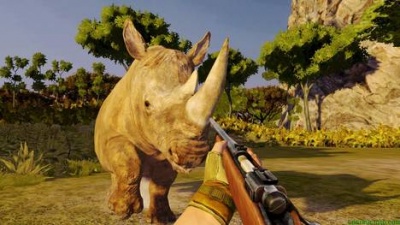 Another view of the .577 Bolt Action rifle.

An unknown bolt-action rifle appears in the game chambered in .470 Nitro Express. It is unlocked by entering the code "101987". 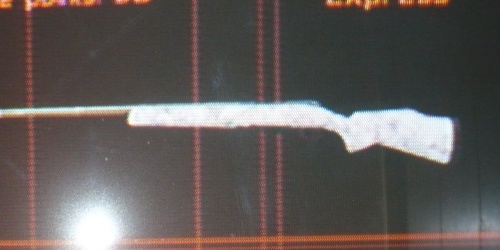 In two missions, Flint uses the Pneu Dart Model 193 tranq rifle to subdue tigers and Asiatic Black Bears. It is a single-shot, bolt-action rifle, and is the weakest gun ingame. 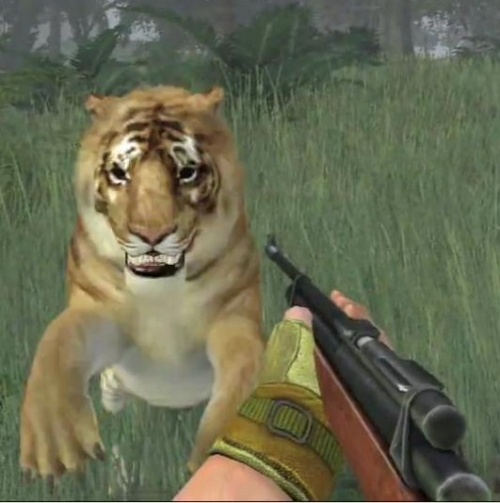