Black Butler: Book of the Atlantic

Black Butler: Book of the Atlantic is a 2017 Anime movie based on the Black Butler manga series. The Campania, a luxurious transatlantic liner (similar to the RMS Titanic but with only 3 chimneys), which is to embark on its maiden voyage to New York to great acclaim, is anchored in the port of London. Ciel, heir to the powerful Phantomhive empire, and his loyal butler Sebastian also go aboard to investigate the machinations of a secret society. It is said that the "Scientific Society Aurora" is experimenting with unauthorized human experiments to bring the dead back to life. In fact, a corpse awakes at the exclusive meeting of the society - only to attack the living shortly afterward as a bloodthirsty zombie. It comes however still worse because in the cargo hold innumerable further dead ones camp.

The following weapons were used in the anime film Book of the Atlantic: 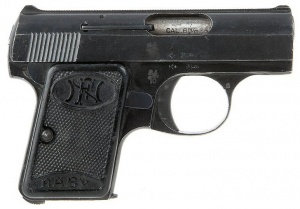 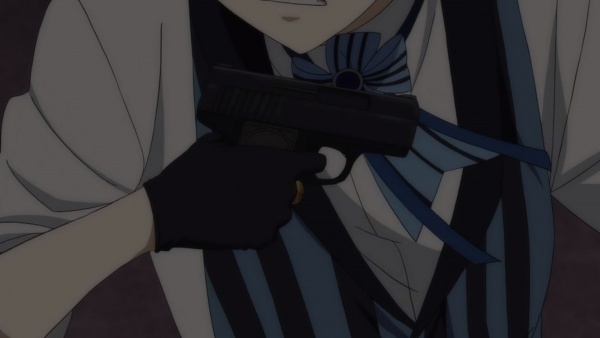 Ciel takes out his pocket pistol from his vest. The outline of the "Browning" logo is visible. 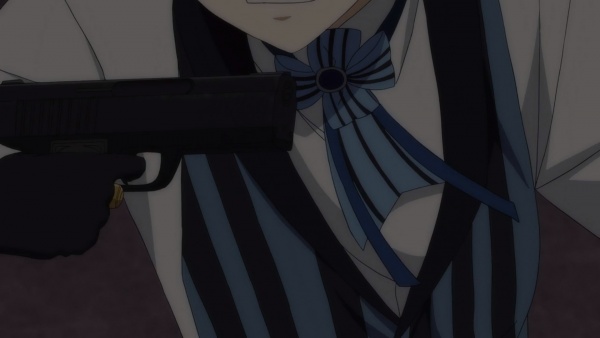 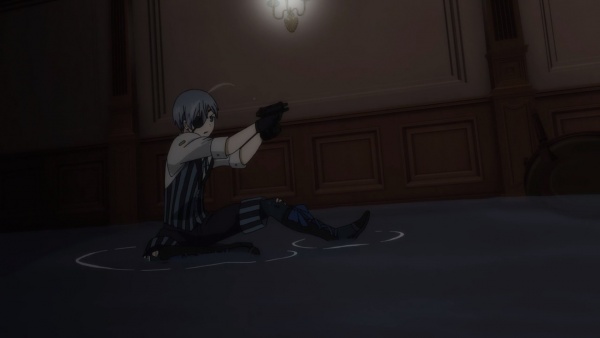 He firs at approaching undead. The slide is always seen in the backward position. 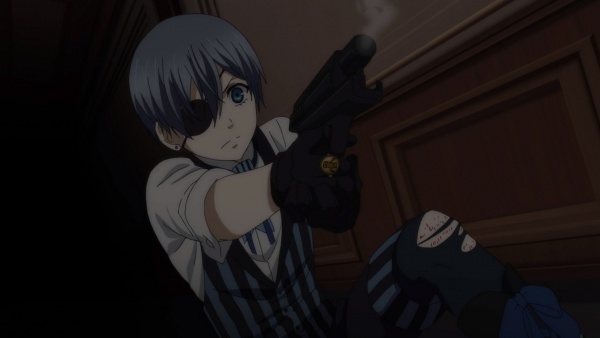 Realizing with fright, that his pistol clicks empty.

Webley Bulldog revolvers are used by "Aurora" henchmen and some gangsters. 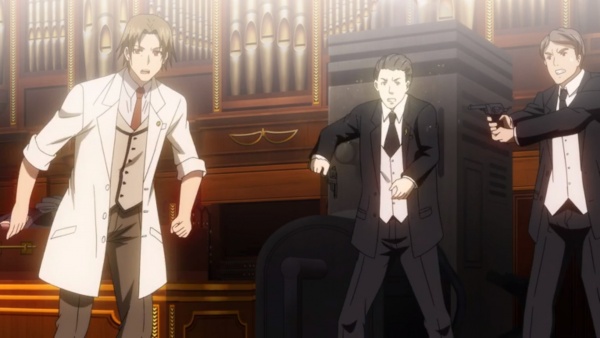 After the failed demonstration, two henchmen draw their revolvers... 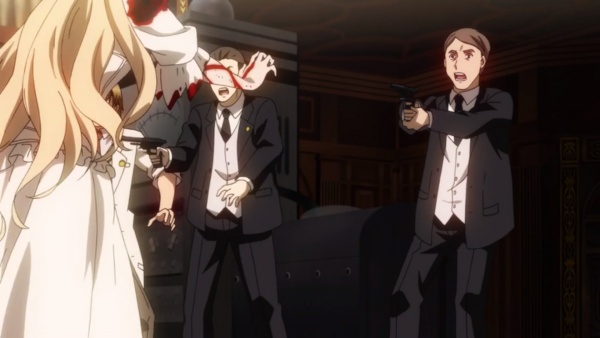 ... and start firing at the test object. 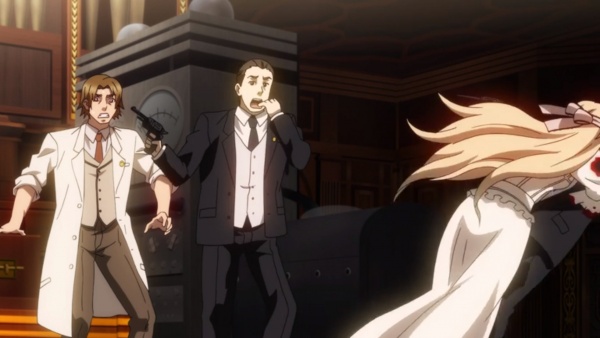 One of the men holds up his revolver. 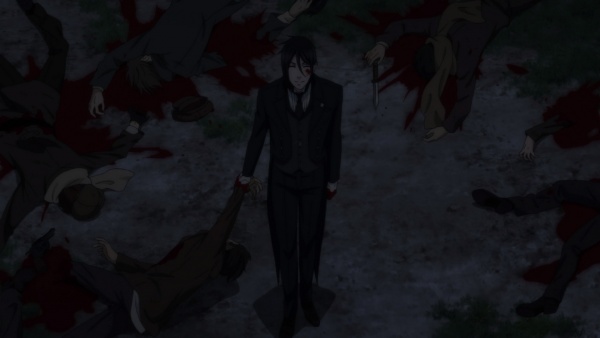 "My apologies, young master. The amount of intruders has cost me some effort."
Bulldog revolvers lying next to their dead users. 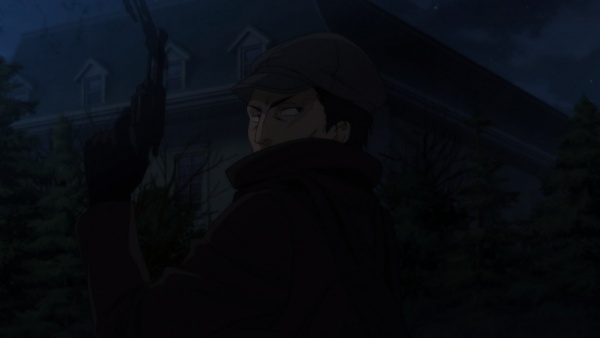 A leader of another gang readies his revolver.

During Sebastian's recordings, Ciel is seen with a Lee-Enfield No.1 Mk.III* rifle. 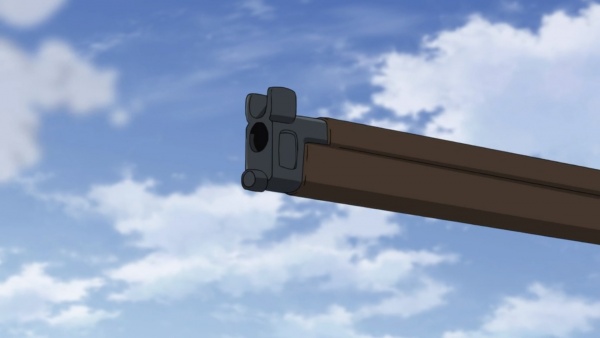 The SMLE's front barrel and sights in a close-up before firing. 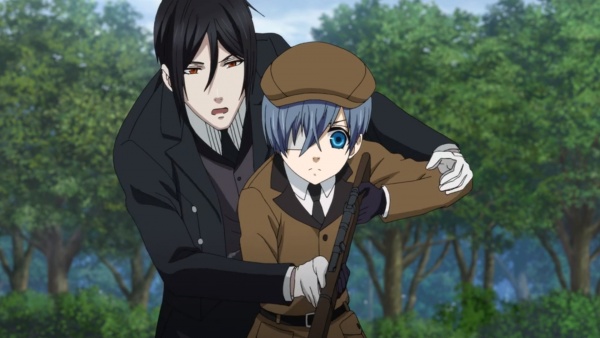 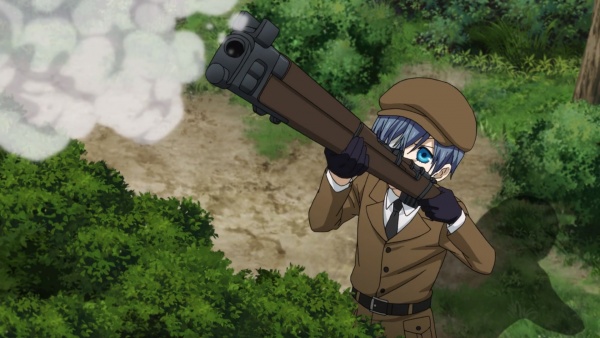