Yamibo: Darkness, The Hat and the Travelers of the Books

The following weapons were used in the anime series Yamibo: Darkness, The Hat and the Travelers of the Books:

A FN Model 1900 can be briefly seen in the box, opened by Siberian Tiger in the first episode, "Hazuki" (E01). 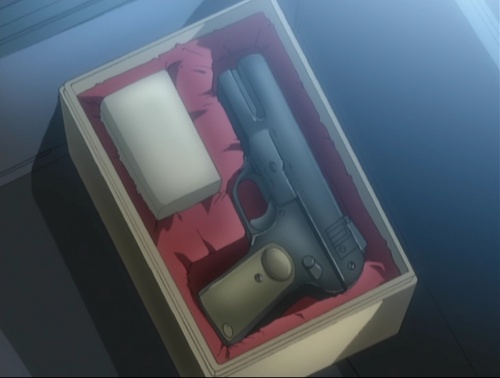 The train conductor pulls a Walther PPK in the second episode, "Yōko" (E02). Siberian Tiger manages to capture this gun, but it's immediately struck from his hands by Yoko in the same episode. 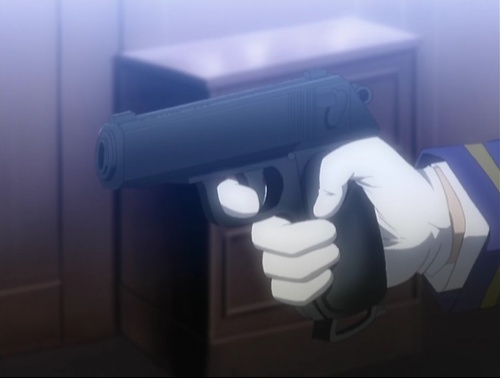 The train conductor draws his pistol... 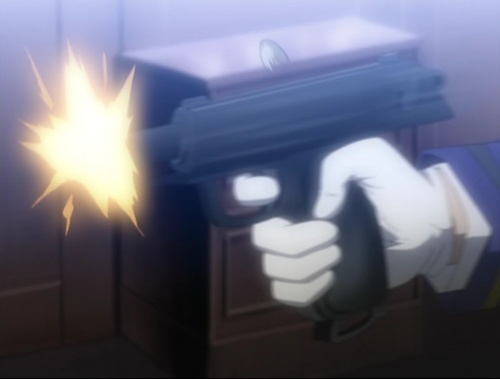 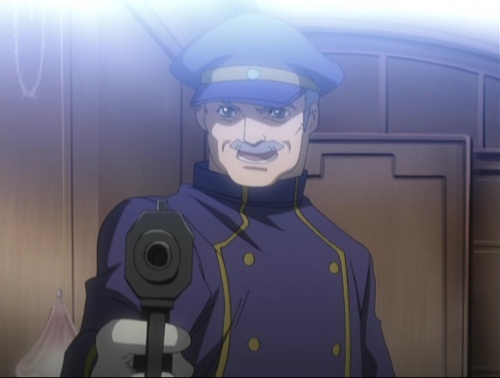 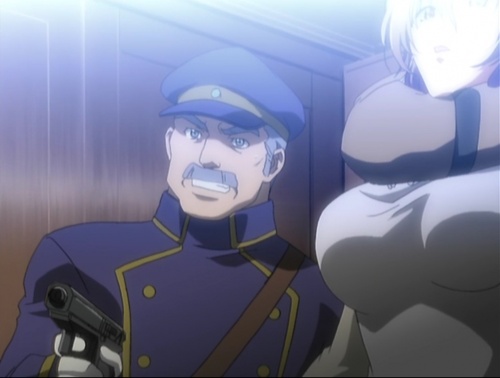 The train conductor brandishes his pistol. 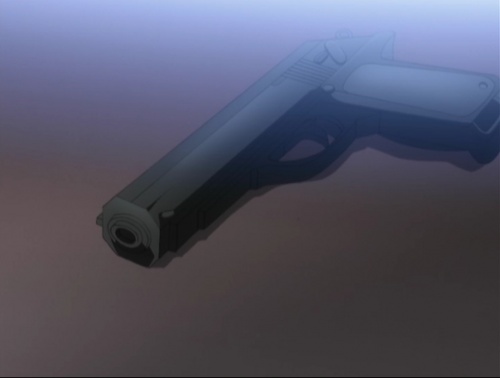 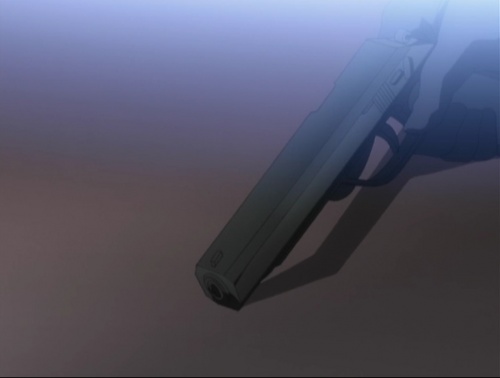 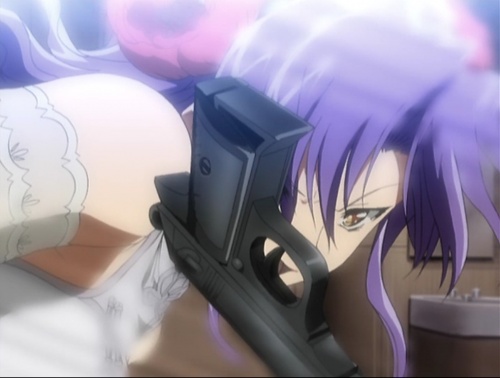 A perfect view of the left... 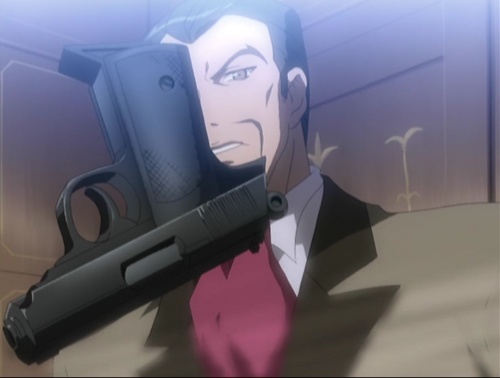 ...and the right sides of the pistol. 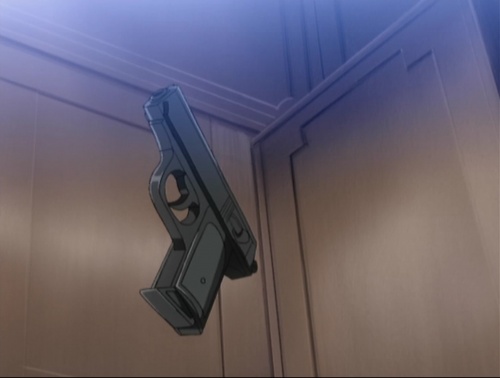 The pistol is perfectly seen.

A Nagant M1895 is the Colonel's duty sidearm. 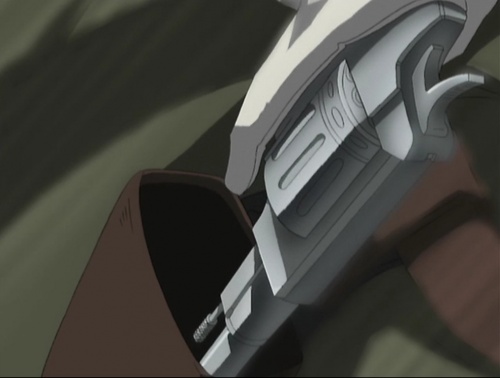 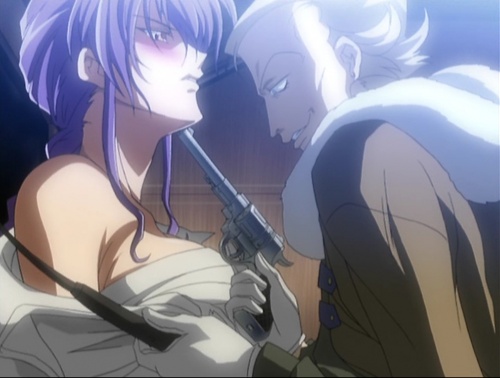 The revolver is pointed at Yoko's chin in "Hazuki" (E01). 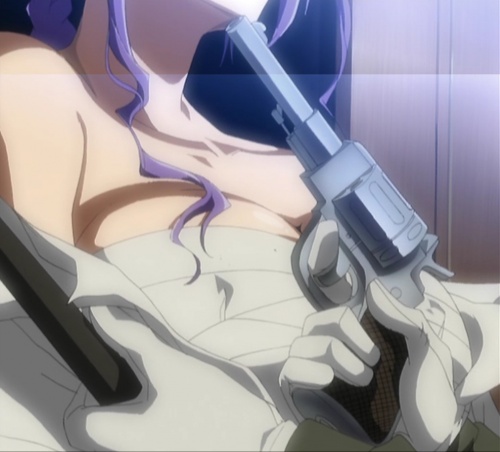 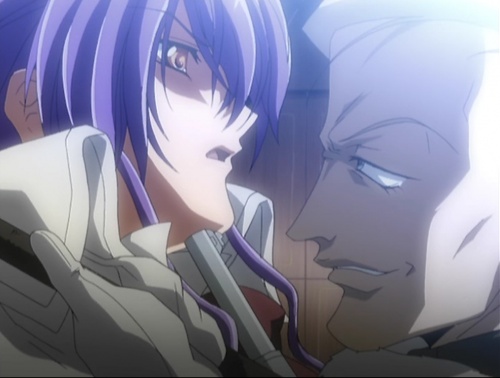 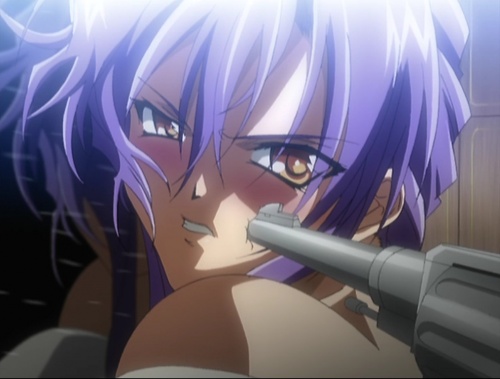 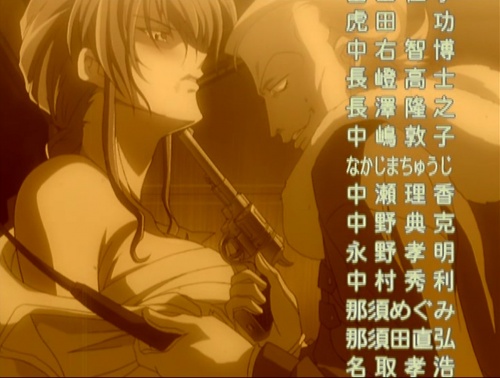 The revolver is seen during the flashback in "Lilith" (E13).

The Drunk uses a Enfield No. 2 in "Yōko" (E02). In the same episode his sidearm is passed to Siberian Tiger. 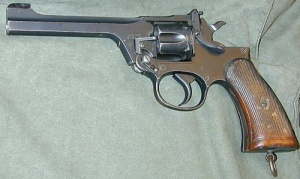 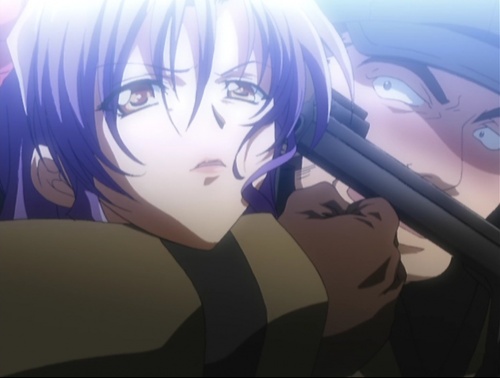 The Drunk threatens Yoko with the revolver. 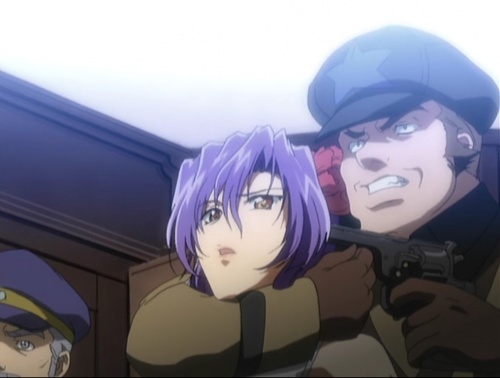 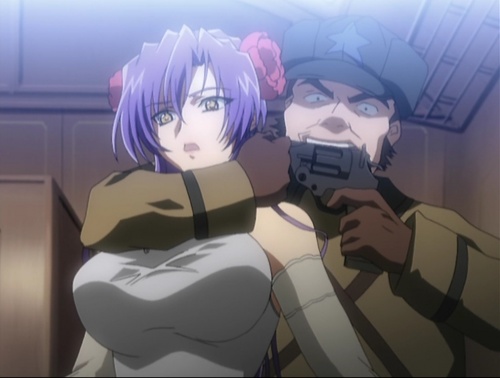 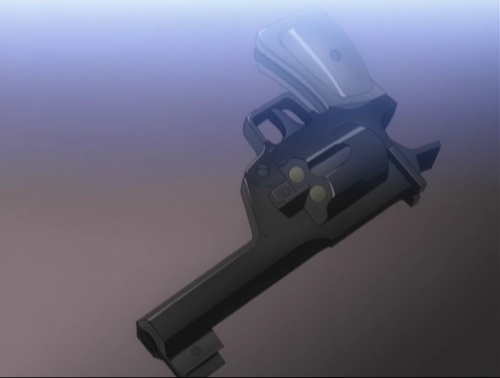 The revolver is struck from the drunk's hands... 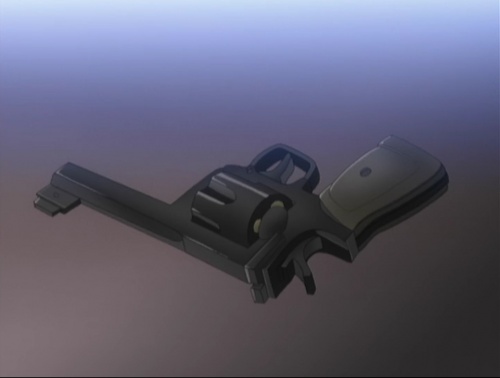 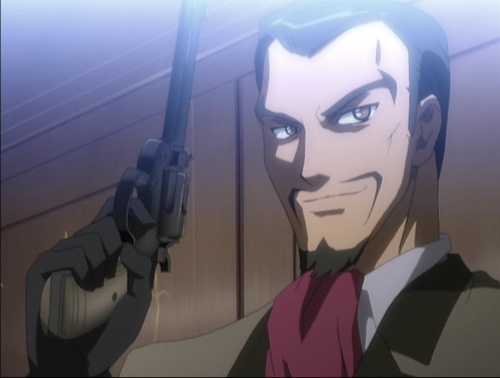 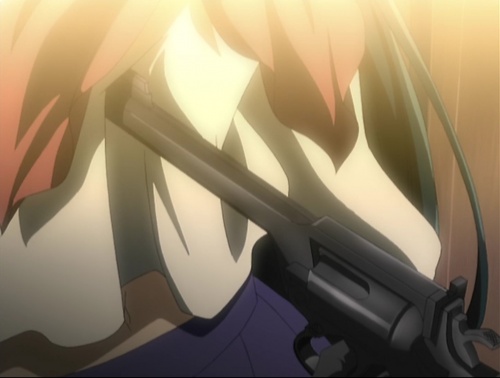 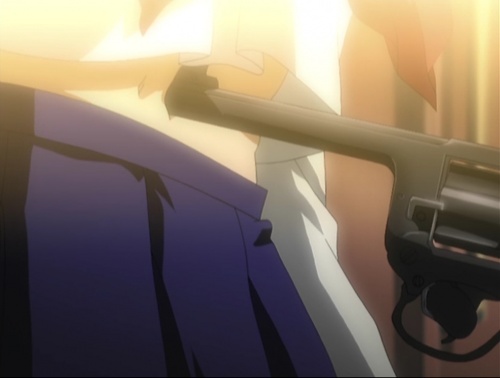 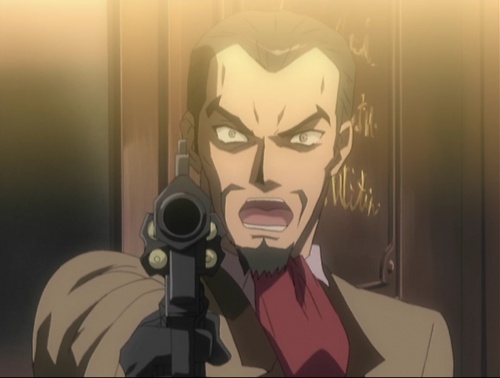 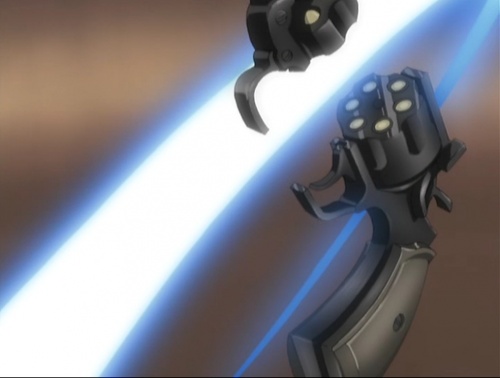 ...but Hazuki slices it in half with her katana.
Retrieved from "http://www.imfdb.org/index.php?title=Yamibo:_Darkness,_The_Hat_and_the_Travelers_of_the_Books&oldid=1410961"
Categories: