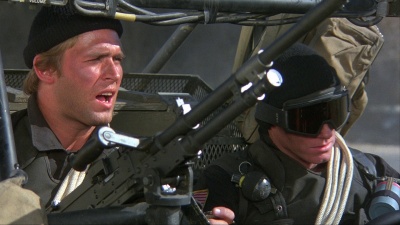 William Wallace with a FN MAG as Pete Peterson in The Delta Force (1986).

William Andrew Wallace, also credited as Bill Wallace (born October 1, 1953) is a retired American actor and producer, who in the 1980s-1990s, appeared in about a dozen movies including the Chuck Norris action film The Delta Force.