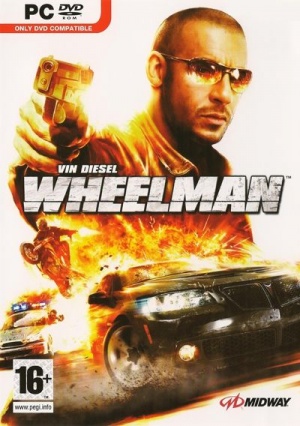 The following weapons appear in the video game Wheelman:

The first weapon Burik can acquire is a Beretta 92FS Inox with black grips, and controls. Because the pistol uses the same texture on both sides, it has an ambi takedown lever and slide release. Has unlimited ammo. The Beretta cannot be swapped away. 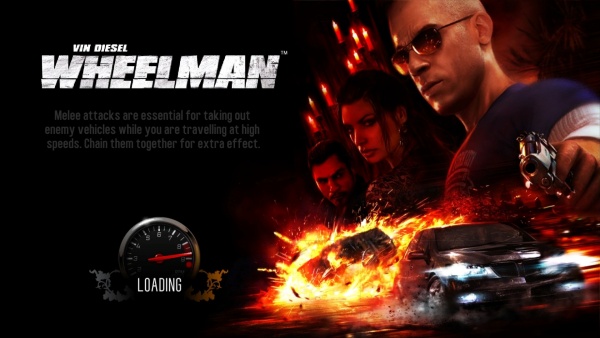 Burik holds a Beretta 92FS Inox on the loading screen. 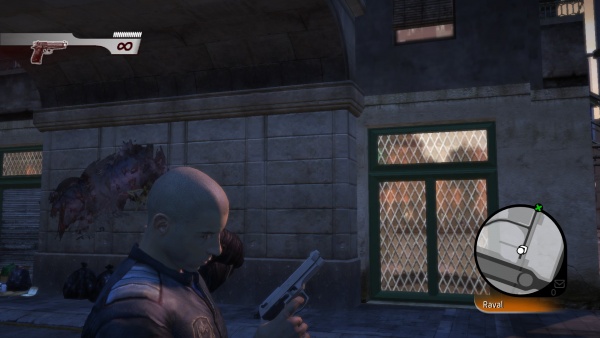 A close-up of the 92FS Inox. Note the takedown lever on the wrong side. 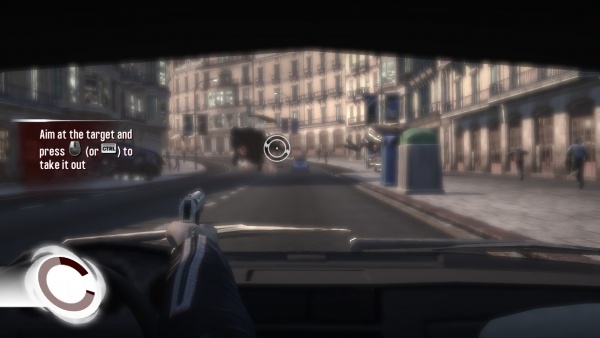 Burik destroys a blockade with one well-placed shot. 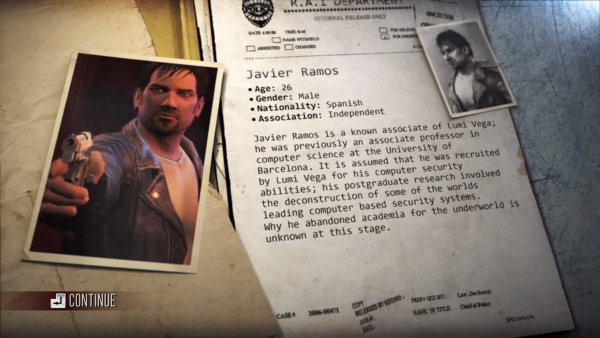 Javier Ramos poses with a Beretta.

Felipe Lial carries a black Desert Eagle Mark XIX pistol in .50 Action Express in the first parts of the game. Later he switches to a Beretta 92FS Inox.

Desert Eagle Mark XIX - .50 AE. The newer Mark XIX models are most distinguishable by the scope rail mount above the barrel, clearly visible here. This is the version of the Desert Eagle popularized by The Matrix, and the most common in current movies and TV shows. 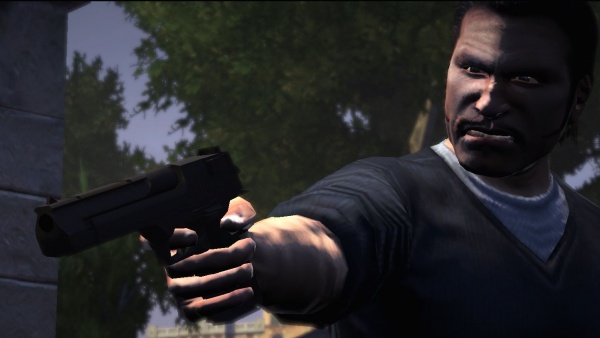 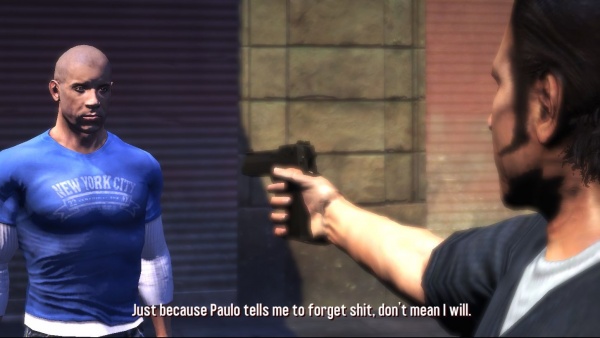 Burik holds a P228 on the cover of the game. The same image is seen during the installation menu of the PC version of the game.

The Heckler & Koch MP5A5 is known as the "SMG". The selector switch is always on safe. The MP5A5 fires in full-auto only, the semi and burst modes are decorative only. 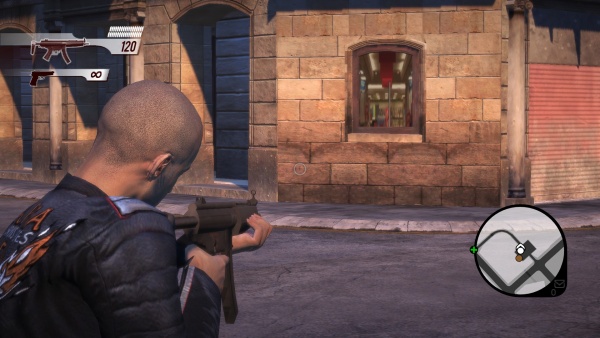 Burik tests the sights of a newly acquired MP5A5. 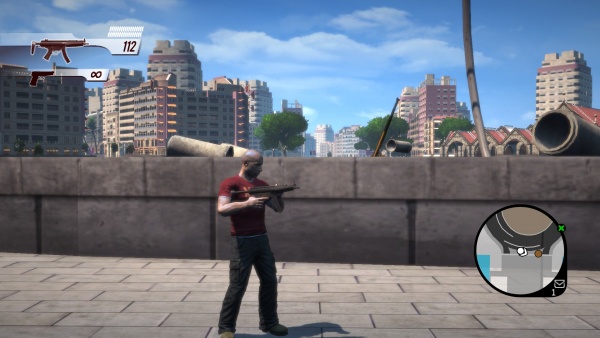 "Wheelman" reloads his MP5A5. Just like in San Andreas, the main character only "imitates" a reload, but does not change magazines at all. Usually, NPC's aren't even bothering to reload. 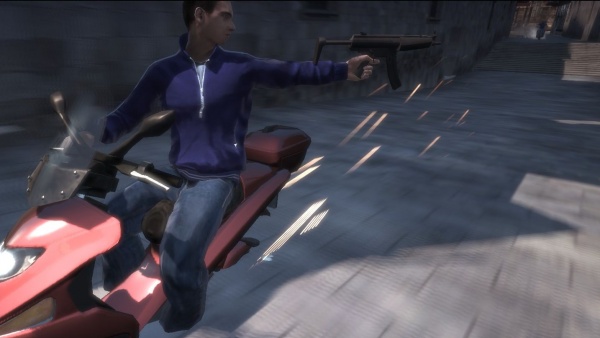 One of the goons tries to take out Burik during a motorbike chase.

The Uzi appears as the "Machine Pistol" and holds 32 rounds. 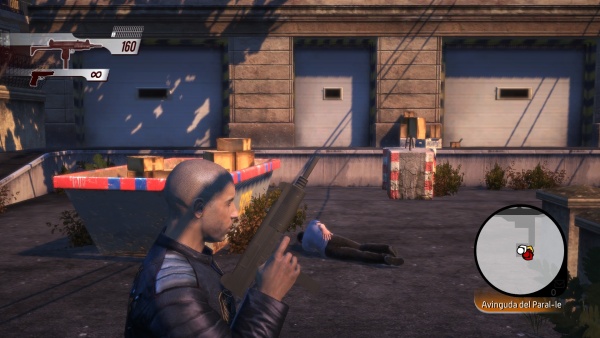 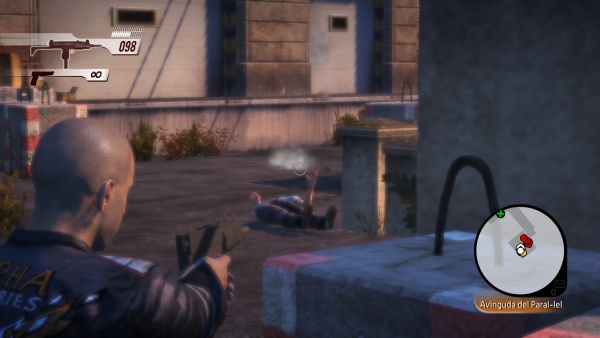 Burik with an Uzi after gunning down a bad guy.

A large, floating icon of an AK-47 (Type III with a weird front sight) is used to mark the weapon caches. 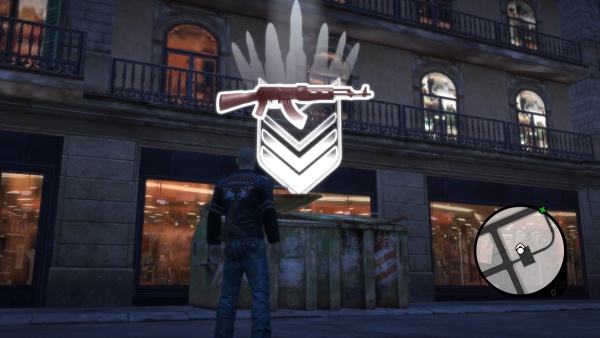 Burik walks to a weapon cache.

The AKM is known as the "Assault Rifle" in the game, and can be described as a hybrid AK; as it has a milled receiver but lacks the strengthened receiver cover, and has an AK-47 style front sight (which is probably the result of a lazy modeling). Miguel Delgado is seen holding an AKM on his character photo. 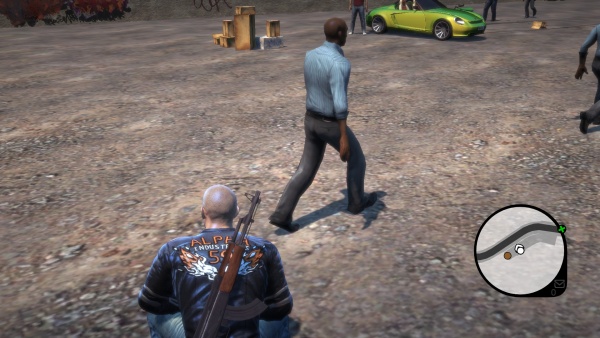 A close-up image of the AK. 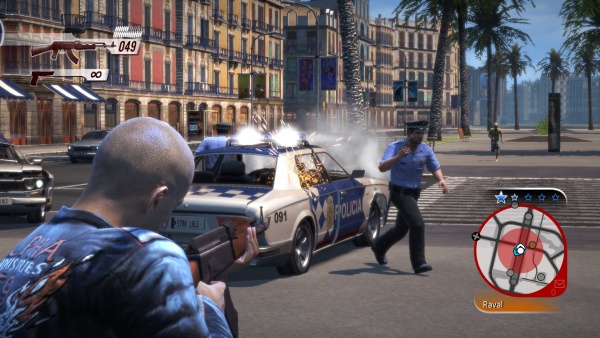 Burik tries to kill a cop with his AK. Interestingly, the game will not punish the player for killing civilians or policemen (except of the wanted level), even though the main character is supposed to be an undercover agent. 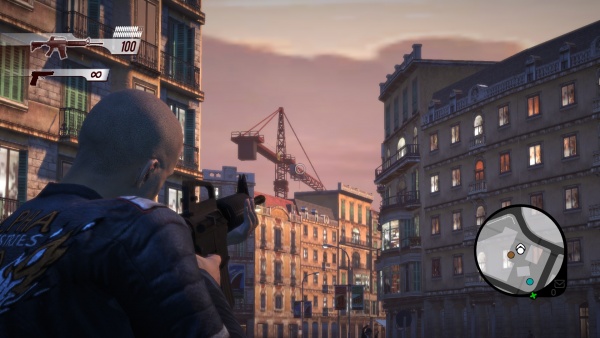 Burik with the hybrid AR-15. 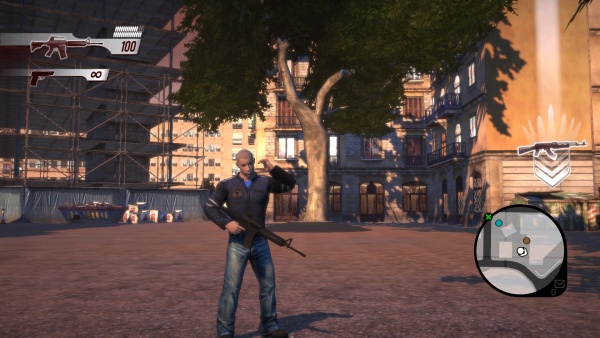 Wheelman is yet another game to feature the SPAS-12 as the resident pump-action shotgun. 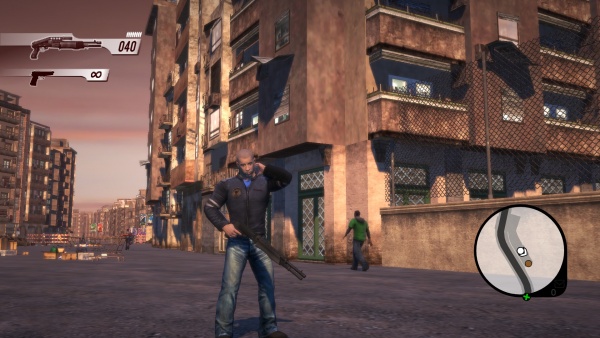 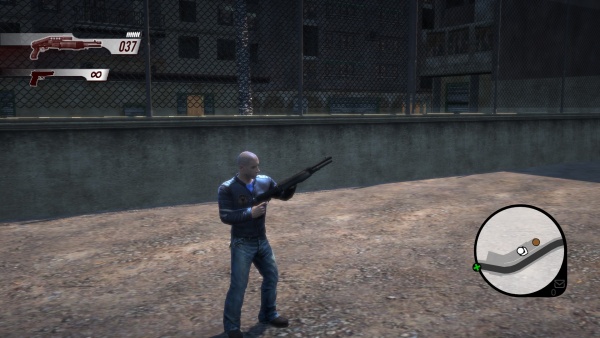 During reloads, the player's character inserts the shells right into the handguard. 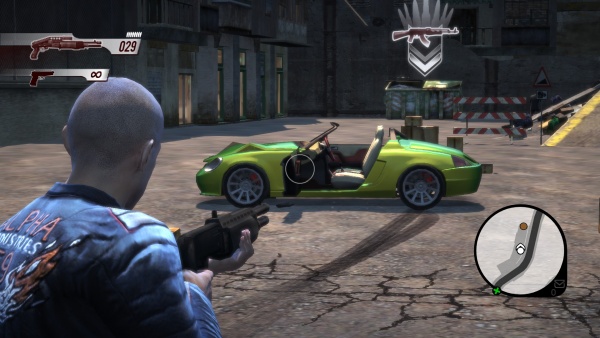 The machine gun's overall model resembles the current (2012) FN Minimi (it has a flat sided handguard with textured panels, a cone-shaped flash suppressor, no heat-shield), however minor details (such as the pistol grip with a thumb relief, shape of the trigger guard) are from an M249E2 SAW. 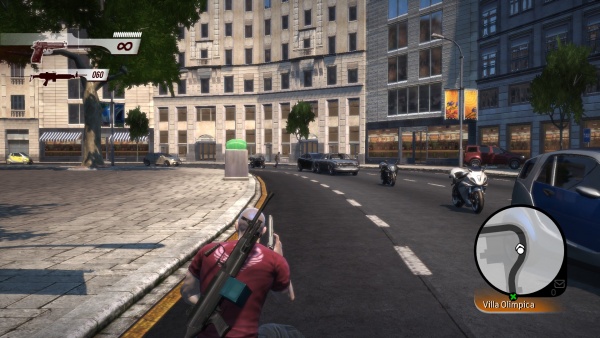 Close-up shot of the machine gun showing the aforementioned features. Note how the gun lacks the ejection port. 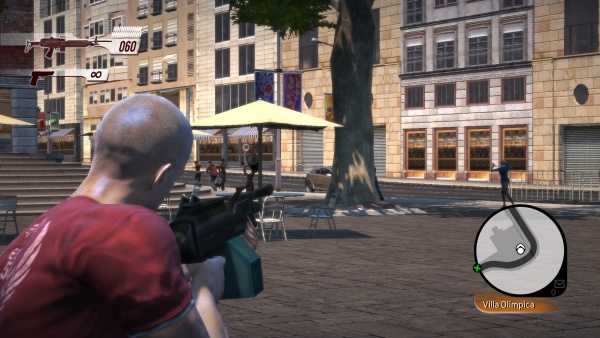 "Wheelman" scares off some annoying civilians.

The M79 grenade launcher is known as the "Grenade Launcher" and is capable of destroying most vehicles with one shot. This is the last weapon that can be unlocked by completing the most Hot Potato deliveries. During the reload, Burik imitates putting a grenade into the muzzle of the M79, even though it is break-action. 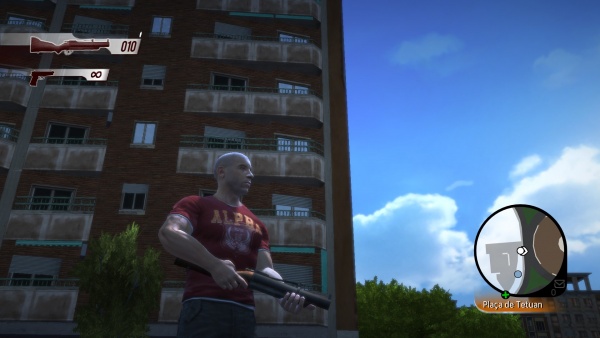 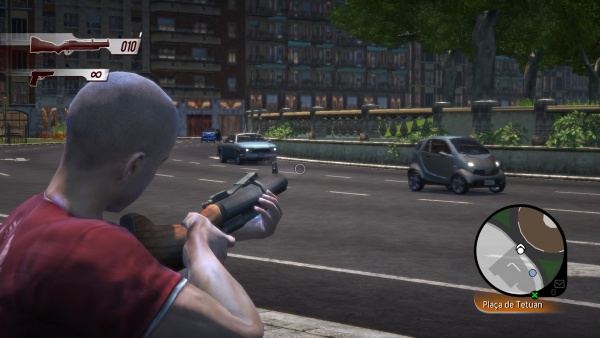 Burik scans the area for a suitable target to cause some mayhem.
Retrieved from "http://www.imfdb.org/index.php?title=Wheelman&oldid=600689"
Categories: