The following weapons were used in the anime series Vividred Operation: 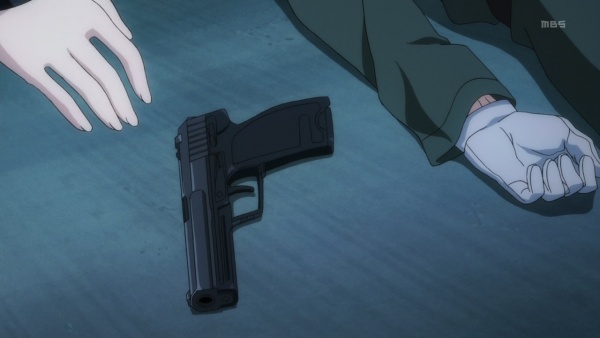 Rei Kuroki takes the USP from the guard in Episode 5.

Heckler & Koch MP5A3 is the another firearm of Rei Kuroki. 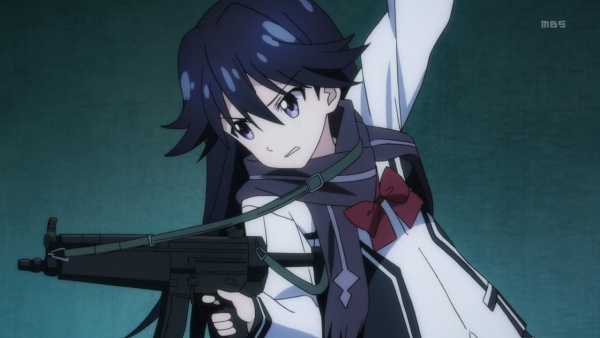 Rei Kuroki armed with the MP5 in Episode 5.

Browning M2 Heavy Barrels were mounted on the tanks. 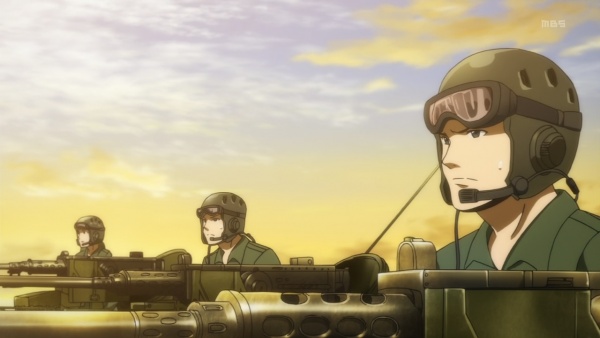