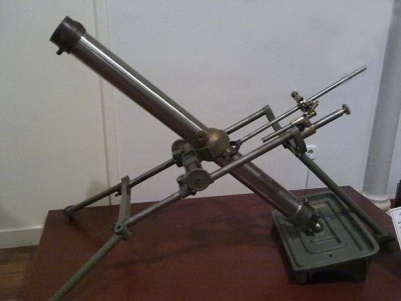 Valero Modelo 1933 is a Spanish 81mm mortar. It was designed by Don Vicente Valero de Bernabé y Casañes, the chief engineer of "Esperanza y Compañía" (ECIA) weapon factory. The Spanish Army adopted this mortar in 1933 and used it during the colonial war in Morocco. Later Modelo 1933 was used during Spanish Civil war by both sides.

The Valero M1933 Mortar and variants can be seen in the following films, television series, video games, and anime used by the following actors: