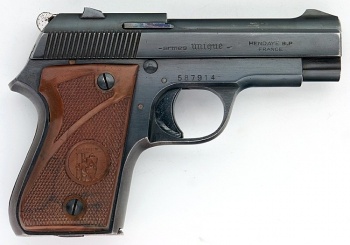 The Unique L was manufactured by French company Manufacture d' Armes des Pyrénées Françaises (MAPF). The Unique Model L Pistol was introduced in the mid-1960s and was an updated version of the various pre-war models. It was a simple, well-made design and equipped some regional French police detectives into the 1980s.

The Unique Model L and variants can be seen in the following films, television series, video games, and anime used by the following actors: