The Type 77 is a semi-automatic pistol made by Norinco and in service with all branches of the People's Liberation Army (PLA) of the People's Republic of China, People's Armed Police and various Chinese police forces. The Type 77 has been the main sidearm of the PLA for over two decades and is slowly being phased out by the QSZ-92 pistol in both military and police service but is still in widespread use across the country amongst second line military units and provincial police forces. Beginning in 1990, several variants of the Type 77 were developed for the international market. Most versions feature an unusual one-hand cocking system in which pulling back the front of the trigger guard with the index finger will rack the slide. 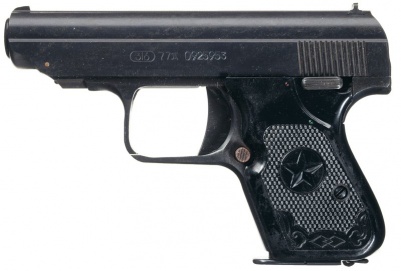 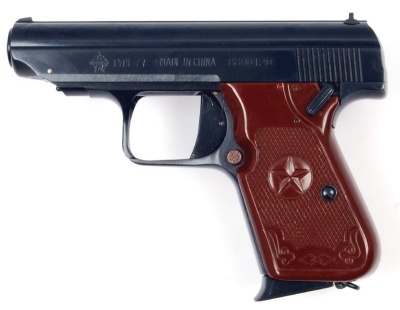 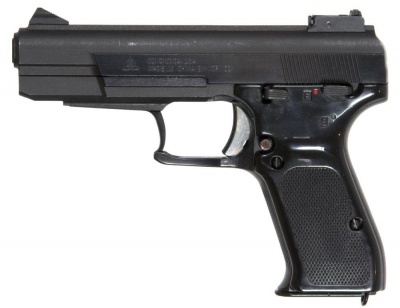 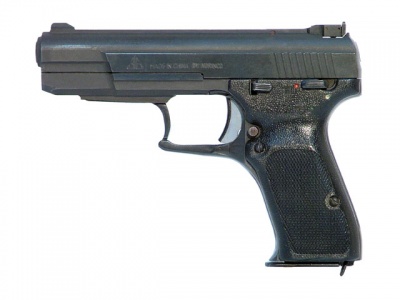