The following weapons were used in the film Two Men Report Arrival: 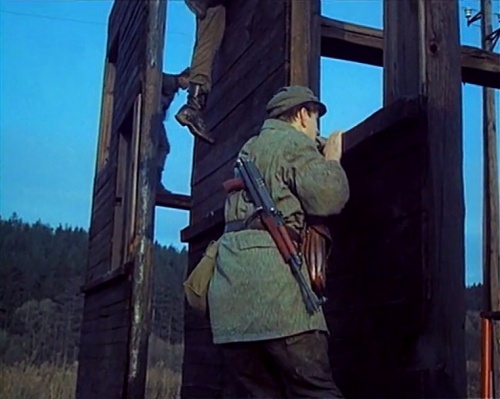 Pvt. Jirí Valenta (Jaromír Hanzlík) during training with SA Vz.58V at his back. 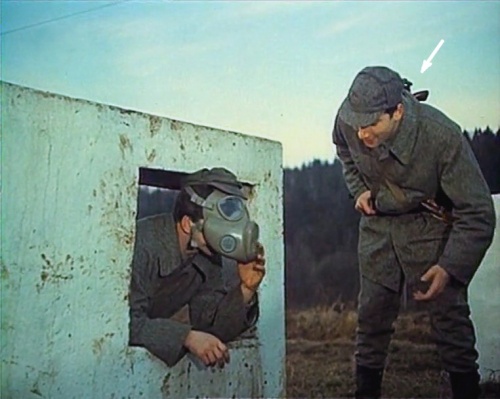 Also Cpl. Čečetka (Tomás Töpfer) (right) carries his assault rifle at the back. 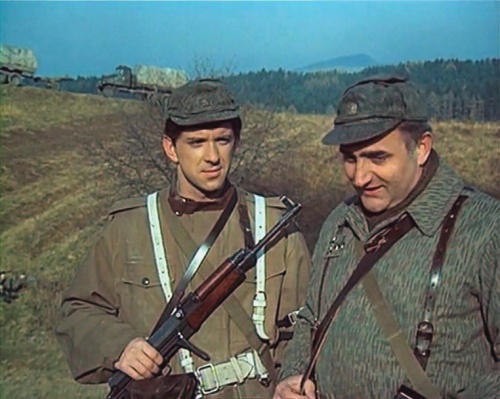 When he reports to the Cpt. Sychra (Josef Somr) (right), carries a gun slung across his chest. 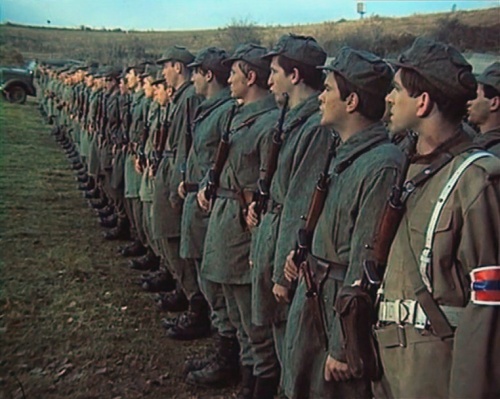 The armament of the Czechoslovak Army in the 70s was a Czech vz. 51 rocket launcher. 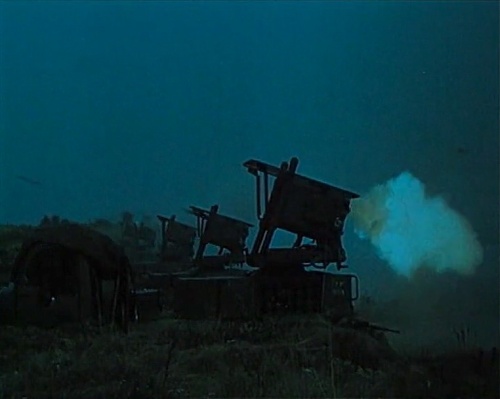 During a night exercise appeared a column of T-55 tanks. 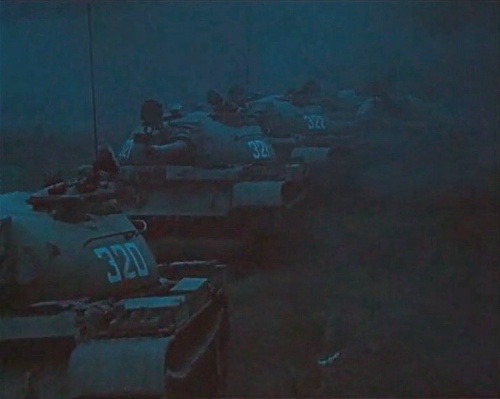