Treasures of the Flaming Cliffs (direct translation of the original title Sokrovishcha pylayushchikh skal) is a 1969 Soviet adventure movie, directed by Yevgeni Sherstobitov. Twelve years old boy Fedya Kravchenko participates in the voyage of a Soviet oceanographic vessel. During the visit on an island at the African coast Fedya is involved in a quest for the treasures of ancient temple, located somewhere on the island, together with the rebels against the colonial rule, while the local governor sends a squad of mercenaries to intercept the rebels and get the treasures.

The following weapons were used in the film Treasures of the Flaming Cliffs (Sokrovishcha pylayushchikh skal):

Both Dau (Lado Tskhvariashvili), the leader of rebels, and the chief mercenary (Nikolay Zaseev-Rudenko) carry M1911-style pistols, most likely M1911A1s. 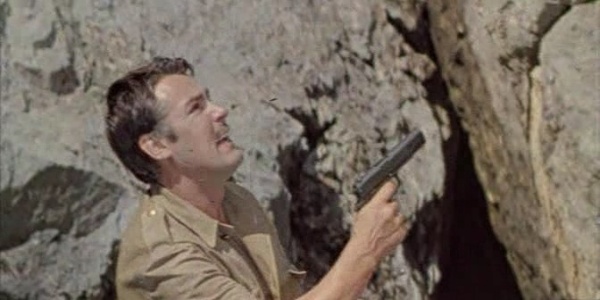 The chief mercenary draws his pistol. 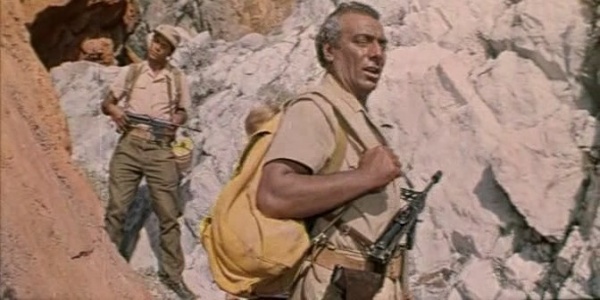 Dau carries visually modified PPS-43 and a pistol in holster.

Visually modified PPS-43 SMGs are main weapons of both rebels and mercenaries. Their appearance is apparently based on folding stock Halcon Model 1949 SMGs (which were used in Africa). The props have the barrel covers removed and used to make side mounted foregrips (obviously, creators confused the "holey" magwells with side grips); the barrels are fitted with Cutts compensators of Thompson SMG. Most PPS-43s use unusually short magazines. 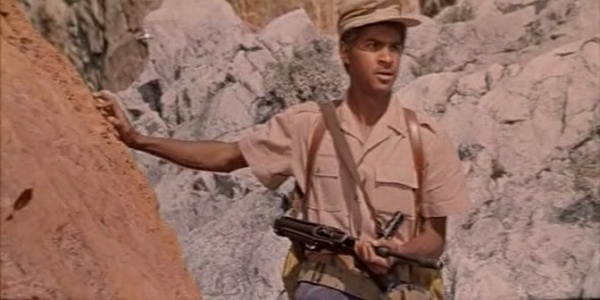 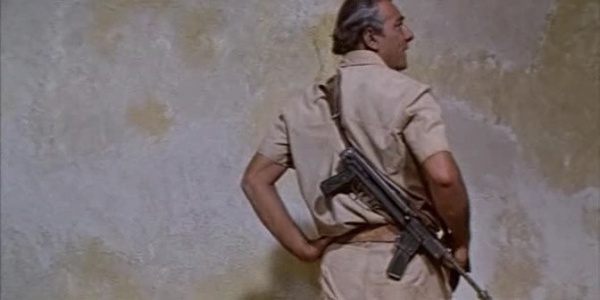 Dau (Lado Tskhvariashvili) carries a PPS-43 with a short magazine. 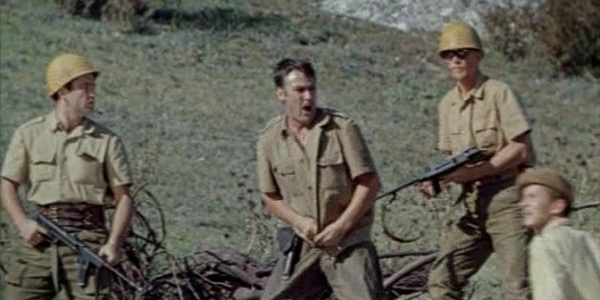 A mercenary at the left holds a PPS-43. 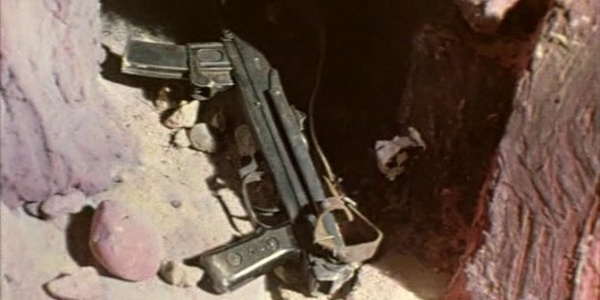 A closeup of the SMG. Short magazine is seen. 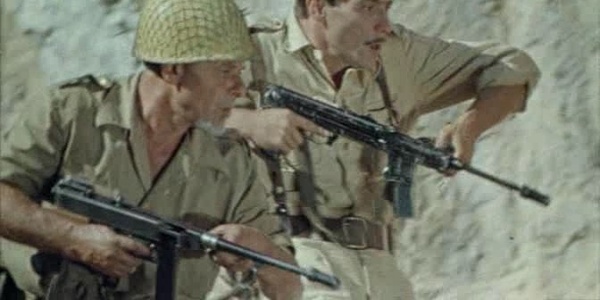 Mercenaries with Thompson M1928A1 and PPS-43. Both SMGs are fitted with side foregrips. 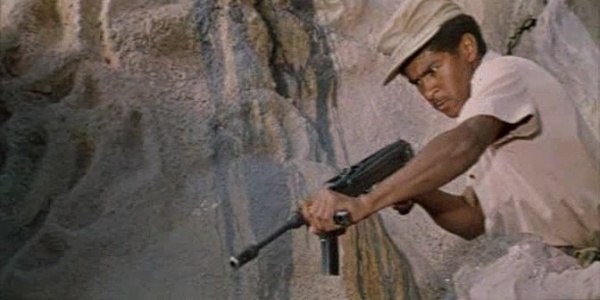 A rebel fires his SMG in the final scene.

Mercenaries also use Thompson M1928A1 SMGs. They have wooden handguards removed, shorted buttstocks, and some are fitted with same side foregrips as PPS-43s. In this case, they apparently depicts an fixed stock Halcón ML-63. 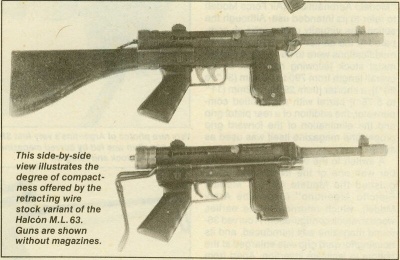 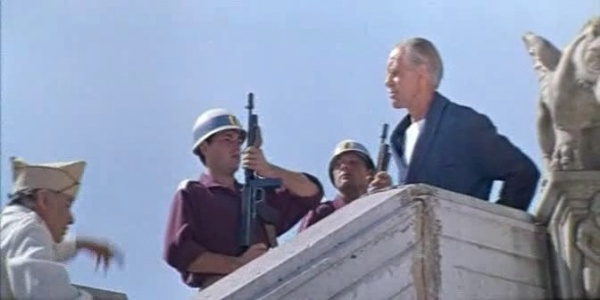 Governor's guards hold Thompsons. This is the only scene where intact Thompsons appear; all other props lack handguards. 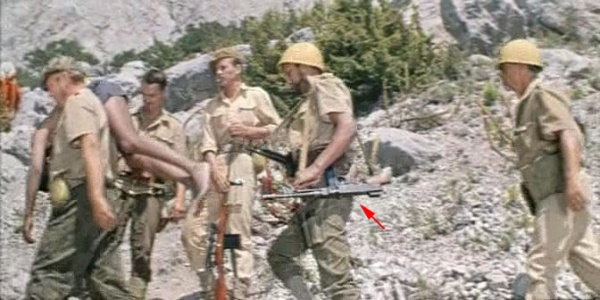 A mercenary in center carries a Thompson. 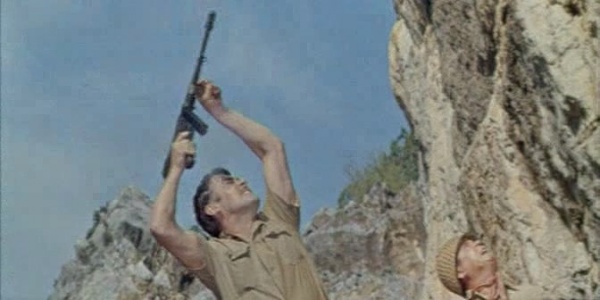 The chief mercenary (Nikolay Zaseev-Rudenko) fires a Thompson at rebels on top of the cliff. The side foregrip is seen.

Mercenaries with Thompson and PPS-43. Both SMGs are fitted with side foregrips. 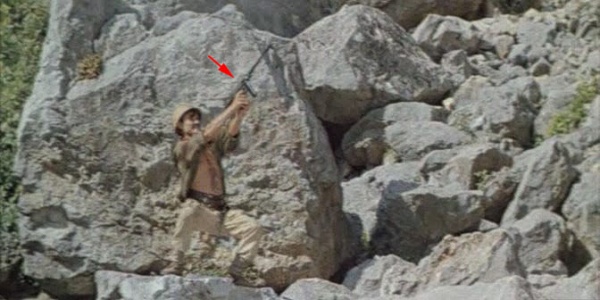 An unusual way of holding Thompson. 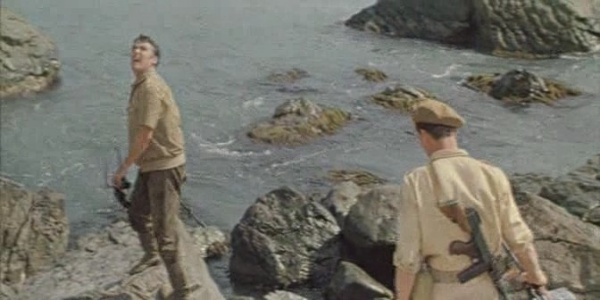 Mercenary sniper (Valery Panarin) is armed with a bolt action rifle that appears to be TOZ .22 caliber rifle, fitted with fake large box magazine (possibly taken from ZB26), Cutts compensator from Thompson SMG and sniper scope (possibly 1930s vintage PE model). The shape of the stock allows to guess the rifle to be TOZ-11. The appearance of this weapon probably should have depicted M14. 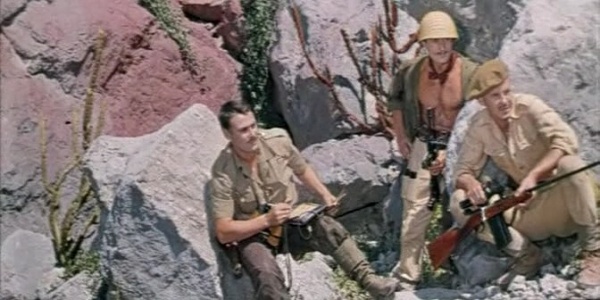 The sniper holds his rifle at the right. 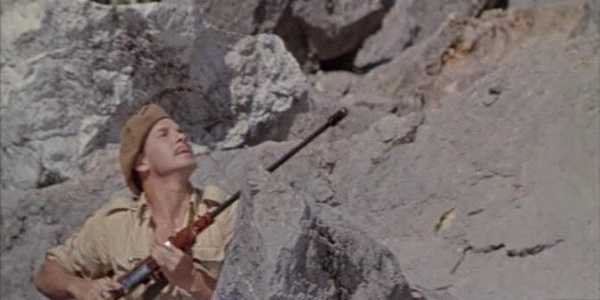 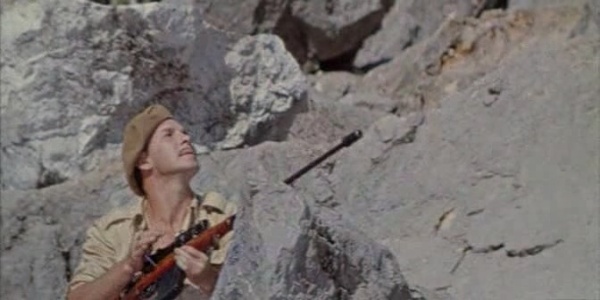 The sniper in action. 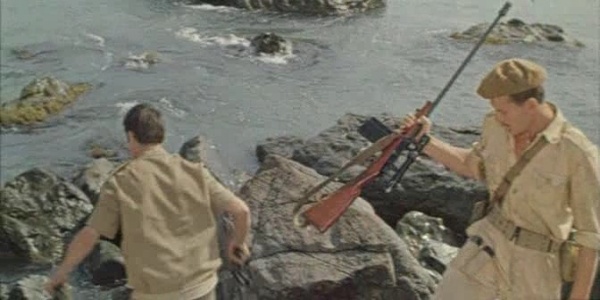 In one scene a mercenary carries a Sturmgewehr 44 that lacks magazine. 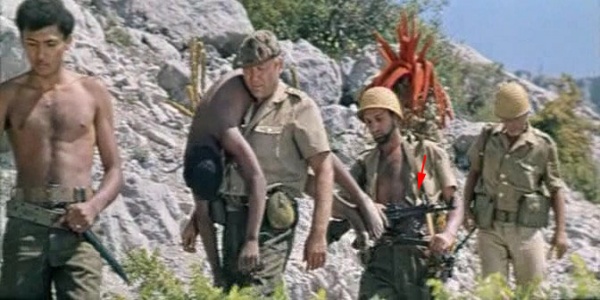 Second from the right man carries an StG 44. 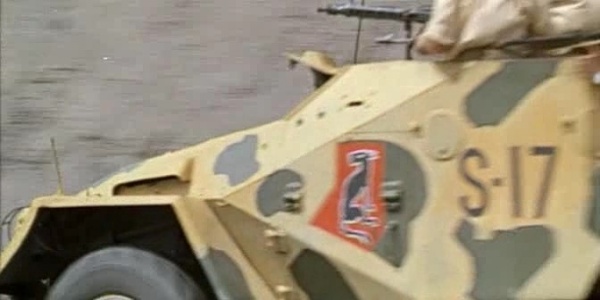 An MG42 is mounted on BTR-40 APC of the governor's guards. 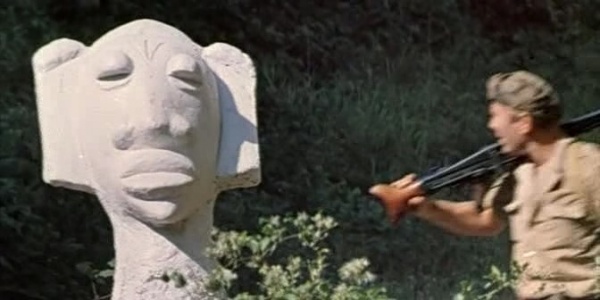 A mercenary carries an MG42.
Retrieved from "http://www.imfdb.org/index.php?title=Treasures_of_the_Flaming_Cliffs_(Sokrovishcha_pylayushchikh_skal)&oldid=1333007"
Categories: