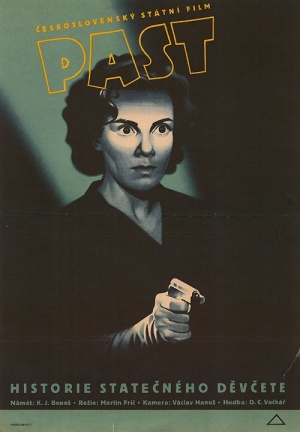 The Trap (Past) is a 1951 Czech black-and-white war drama directed by Martin Fric. The story begins at the station, through which the transported a German troops. The train stops due to an improvised sabotage of one of the railwaymen. The resistance clutch, Ružena Kubínová (Vlasta Chramostová), is arrested on a random raid. Cynical Gestapo Commissioner Dönnert (Miroslav Holub) reveals her false papers and let her harshly interrogate. He have suspect that it could help to reveal the whole group. To put her in the cell one Gestapo agent named Herta (Marie Tomásová), that pretends to be Anna Nováková. German spy temporarily gains confidence Ružena, but The key information not received ...

The following guns were used in the 1951 Czechoslovak film The Trap (Past): 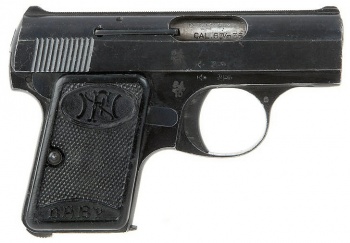 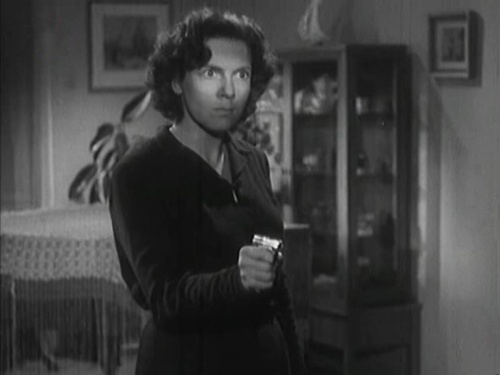 Ružena (Vlasta Chramostová) the Gestapo agent shot by her own Baby Browning. 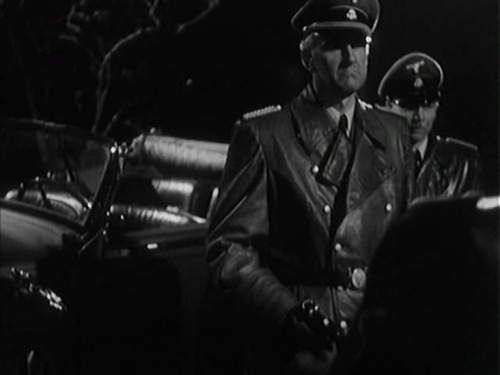 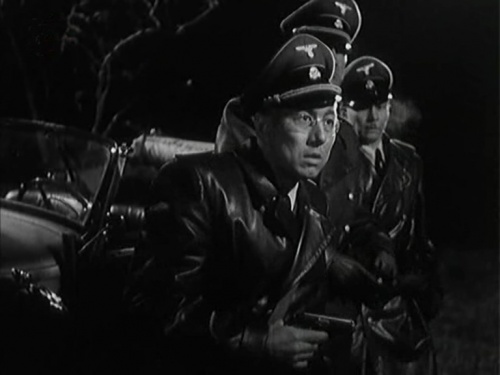 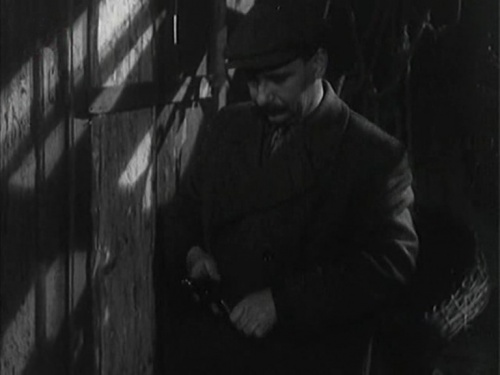 In this film SS men uses a Sten submachine guns, which is unusual. 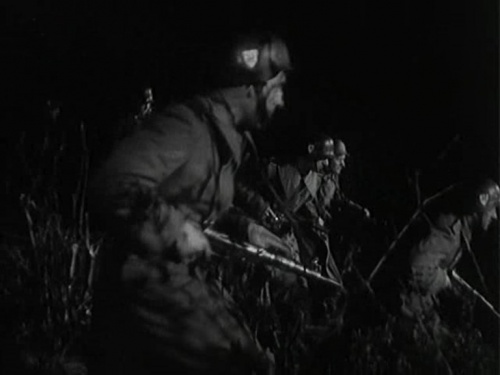 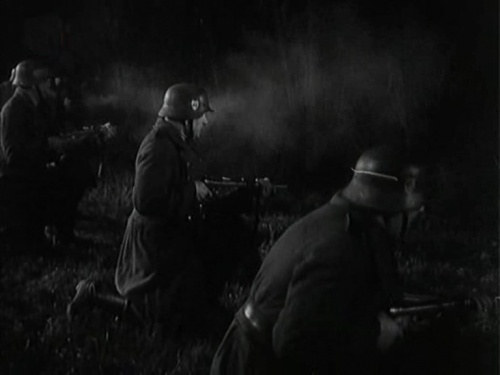 German guards of the Station with a Karabiner 98k rifle on his back. 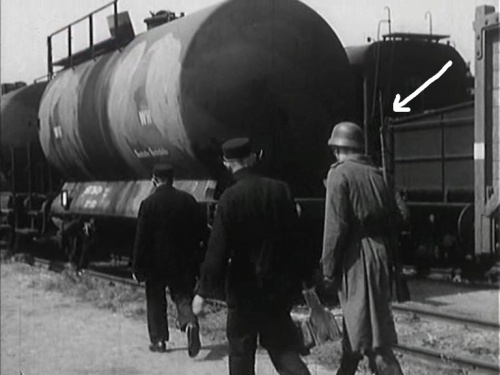 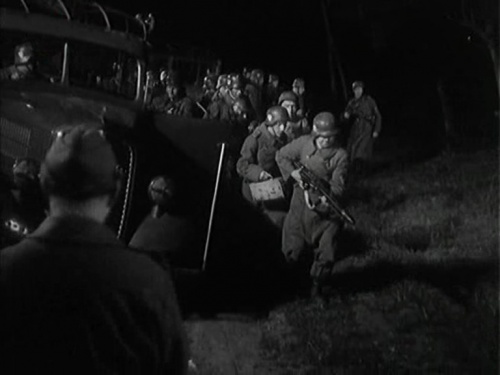 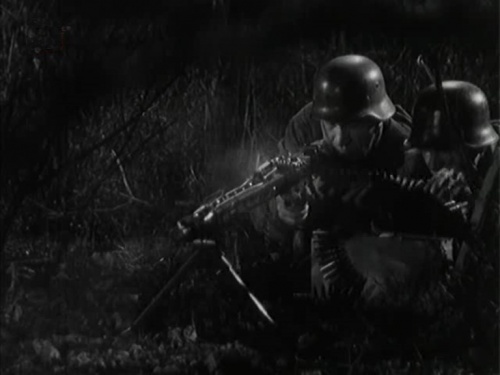 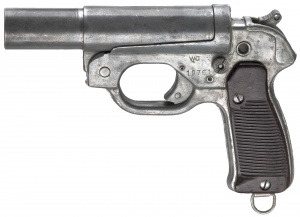 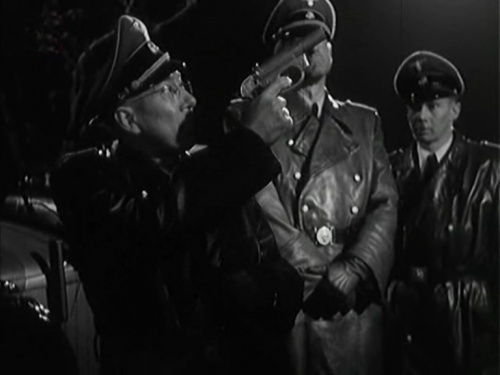 Dönnert (Miroslav Holub) gives the signal to start the action by shot from LP-42 Flare Pistol.
Retrieved from "http://www.imfdb.org/index.php?title=Trap,_The_(Past)&oldid=1147683"
Categories: