From Internet Movie Firearms Database - Guns in Movies, TV and Video Games
(Redirected from The Thing (2011))
Jump to: navigation, search

The Thing is the 2011 prequel to John Carpenter's 1982 classic horror film of the same name. Set prior to the events of the 1982 feature, the film stars Mary Elizabeth Winstead as Dr. Kate Loyd, who is invited to investigate a strange discovery in the Antarctica. The film co-star Joel Edgerton, Adewale Akinnuoye-Agbaje, and Ulrich Thomsen.

Peder (Stig Henrik Hoff) and Lars (Jørgen Langhelle) carry Walther P38 pistols as their sidearms in the film. Derek Jameson (Adewale Akinnuoye-Agbaje) gets a hold of Lars' Walther P38 at one point, and uses it from that point on. 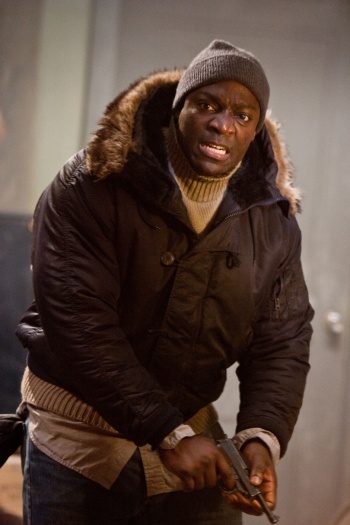 Adewale Akinnuoye-Agbaje holds a Walther P38 in a publicity still.

Sam Carter (Joel Edgerton) carries a Beretta 92FS as his sidearm in the film, and uses it after 'The Thing' escapes from the block of ice. This pistol is anachronistic, since the 92F/FS wasn't available in 1982, the time setting of the original film. Beretta did make the 92 series of pistols in 1982, but the 92F/92FS wasn't available until at least 1983. The closest thing to a 92FS in 1982 would be a Beretta 92 or Beretta 92S.

Sam Carter pulls out his Beretta.

Carter fires the Beretta at The Thing. Throughout the scene, Joel Edgerton does an excellent job at keeping his eyes open while firing the gun.

Lars uses a Heckler & Koch HK33 rifle during the end, leading up to the events of the The Thing. You can see the lower receiver in the film, which confirms the rifle as the select fire version, unlike in the 1982 original (where a Heckler & Koch HK93 was used).

Heckler & Koch HK33-A2 Select Fire rifle with Factory 40rd Magazine. The original magazines available for the HK33 were only the 25-round and the 40-round. The 30-round curved magazine was developed during the introduction of the Civilian HK93 rifle and was provided for that rifle.

Near the climax of the film, Lars holds the HK33 at the helicopter pilot.

Lars readies his rifle during the climax of the film, setting up the events of the original film.

Nearly all of the characters, including Sam Carter (Joel Edgerton), Dr. Kate Loyd (Mary Elizabeth Winstead), Lars and Peder use a custom flamethrower throughout the film. 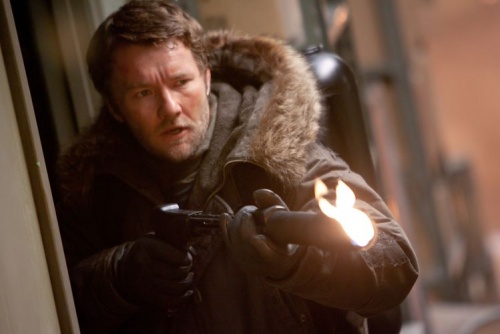 Sam Carter (Joel Edgerton) holds one of the custom flamethrowers in a publicity still. 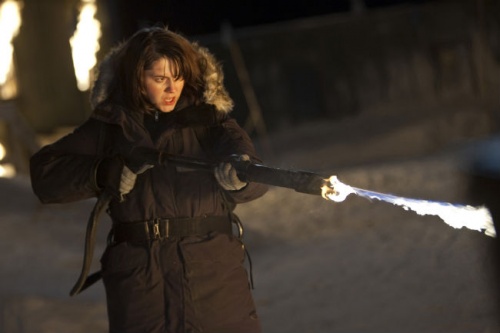 Dr. Kate Loyd (Mary Elizabeth Winstead) holds one of the custom flamethrowers in a publicity still.

Lars holds one of the custom flamethrowers.

Peder holds one of the custom flamethrowers on Sam and Derek.

Sam Carter holds one of the custom flamethrowers on Peder as Derek lowers his Walther P38.

Kate holds one of the flamethrowers near the end of the film.

Lars (Jørgen Langhelle) shows Kate Loyd (Mary Elizabeth Winstead) where to find AN/M14 Incendiary Grenades if need be. Kate Loyd uses a couple of these grenades near the end of the film. 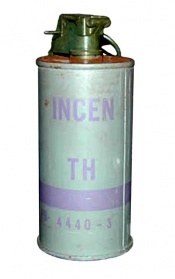