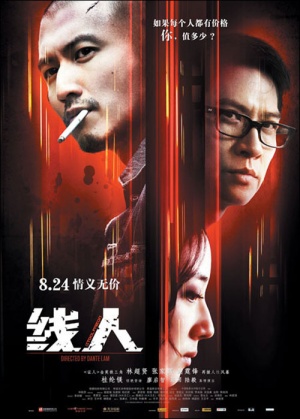 The Stool Pigeon (Chinese Title: Sin Yan/ 線人) is a 2010 Hong Kong crime thriller directed by Dante Lam (Fire of Conscience) about a detective (Nick Cheung) who uses a petty criminal (Nicholas Tse) as an informant to gather information on a notorious robber named Barbarian (Yi Lu). Meanwhile, the criminal has his own plans in mind, setting off a web of betrayals and violence.

The following weapons were used in the film The Stool Pigeon:

A HKPD officer draws a Smith & Wesson Model 10 revolver when trying to rescue Jabber (Kai-Chi Liu) after he is discovered to be a snitch. 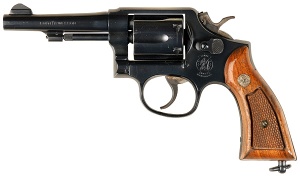 The officer draws the Model 10 as Jabber is attacked by other criminals.

The criminals flee, leaving a badly injured Jabber behind.

Type 54 pistols are used by criminals throughout the film, most notably by Ah Di (Lun-Mei Kwai), the romantic interest of Ghost Jr. (Nicholas Tse). 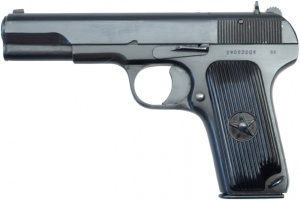 One of the criminals points a Type 54 during a jewellery store heist.

Ah Di and Ghost Jr. hide after they betray their associates and take the stolen goods.

Barbarian holds a civilian driver at gunpoint to escape a police surveillance team.

Detectives from the HKPD Criminal Intelligence Bureau, including Don Ho (Nick Cheung) and Ku (Derek Kwok) use the Glock 17 as their sidearm.

Detective Ku advances towards the scene of the robbery.

Detectives react after they are fired upon.

Barbarian fires a Browning Hi-Power after he is double-crossed by Ghost Jr. and Ah Di.

Special Duties Unit (SDU) officers use the Heckler & Koch MP5A3 with Surefire forends when they raid the criminals' hideout. 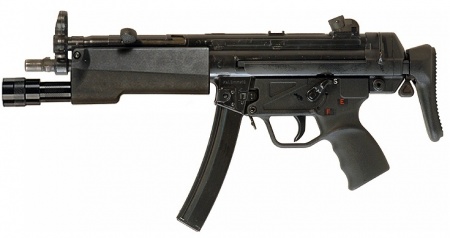 A SDU officer fires a MP5A3.

Tai Ping (Patrick Keung) uses an AKS-47 rifle with an AKM-style muzzle brake to hold off the police during a jewellery store robbery.

The AKS-47 is fired at approaching officers.
Retrieved from "http://www.imfdb.org/index.php?title=Stool_Pigeon,_The&oldid=1010467"
Categories: