The Royal Scandal is a Canadian 2001 made for TV detective movie, losely based on Arthur Conan Doyle's short story "A Scandal in Bohemia". It is directed by Rodney Gibbons and stars Matt Frewer as Sherlock Holmes and Kenneth Welsh as Dr. Watson. The movie is the third installment in series of four Sherlock Holmes fims starring Frewer and Welsh.

The following weapons were used in the film The Royal Scandal:

Sherlock Holmes (Matt Frewer) carries a compact top-break revolver, as like as in other movies of the film series. It appears to be a Forehand & Wadsworth revolver, identified by its smooth front side of the frame, different from more common Smith & Wesson or Iver Johnson models. 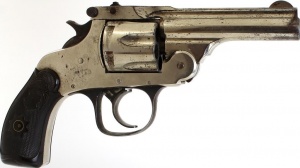 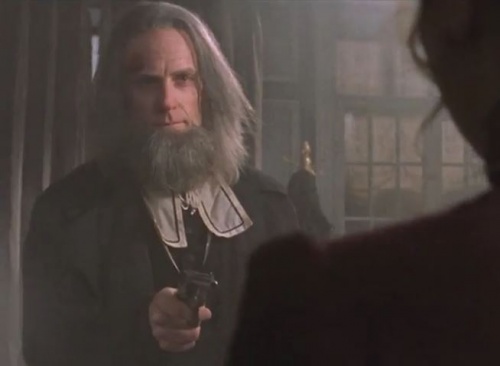 Holmes, disguised as a priest, aims the revolver at Irene Adler (something that the "genuine" Holmes never would do!) 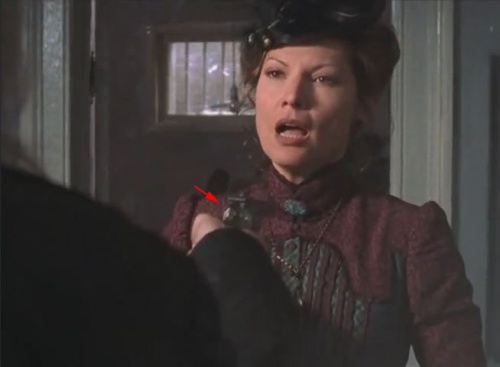 The revolver is seen from the back. 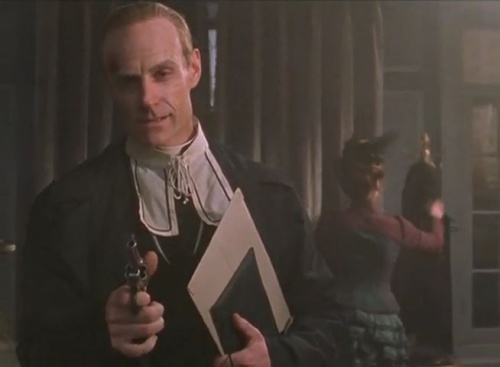 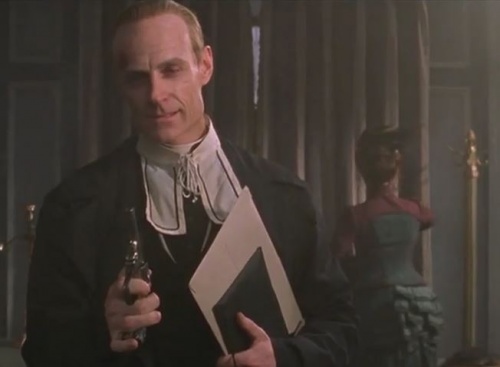 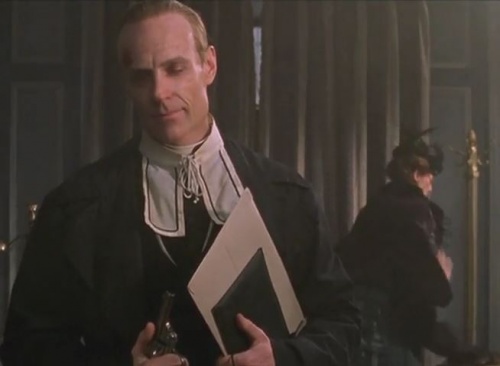 Holmes holds the revolver and documents, taken away from Irene.

Irene Adler (Liliana Komorowska) confronts Holmes with an inlaid spur-trigger pocket revolver that appears to a .22 caliber Ranger (a vast family of similar mini-revolvers, produced by a number of manufacturers, of which Hopkins & Allen is best known). Later Irene Adler's revolver is used by Crown Prince's agent Meisener (Seann Gallagher). 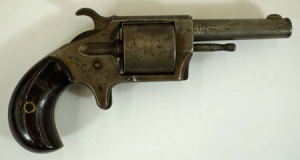 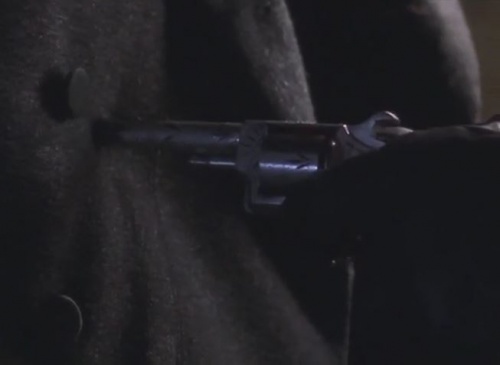 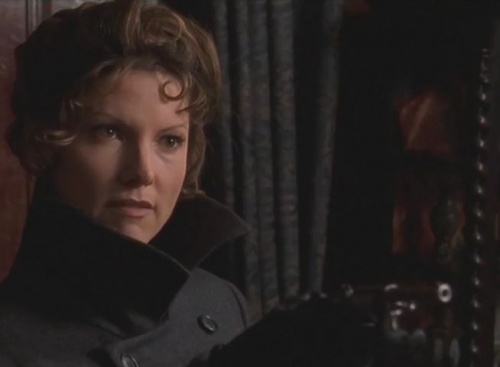 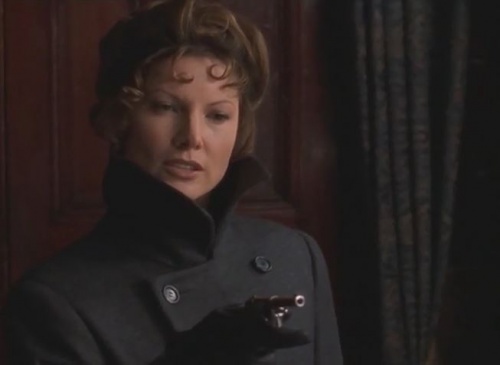 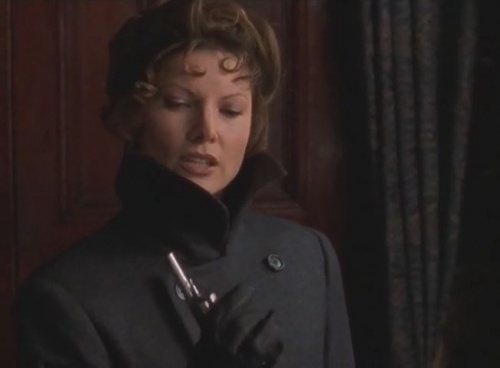 More general view of the revolver. 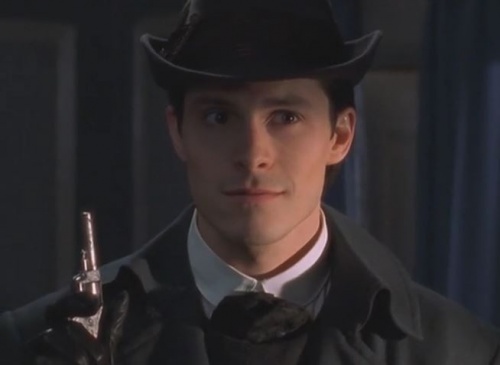 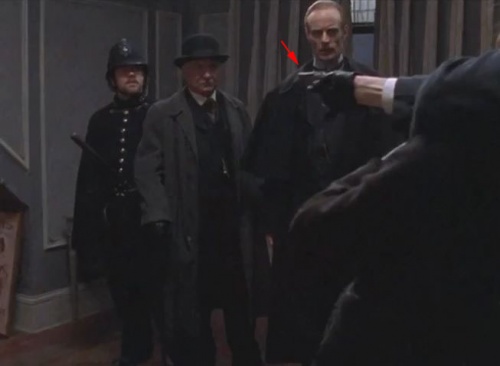 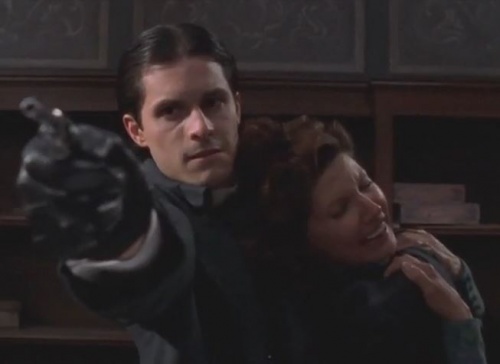 An agent, credited as Burly №1 (Alan Legros), carries a Schüler Reform pistol, a very unusual gun with a block of four vertical barrels that also is a magazine. It appeared only in 1906 while the story is set in 1891. 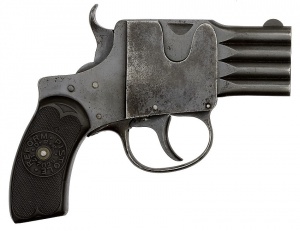 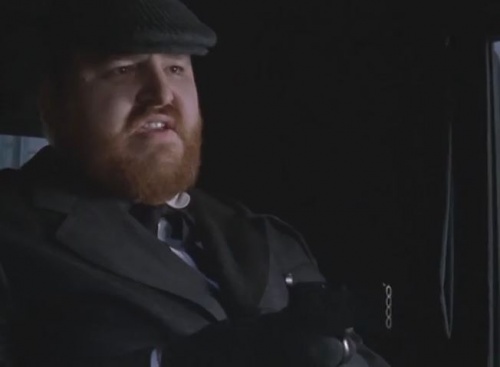 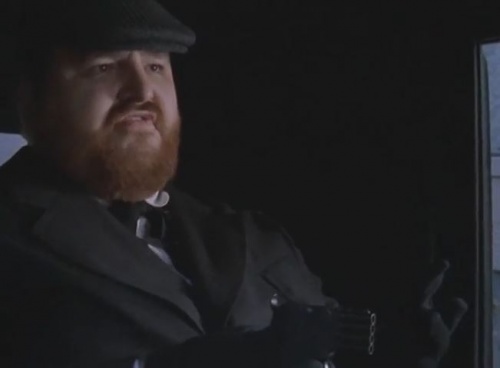 The block of four barrels is seen. 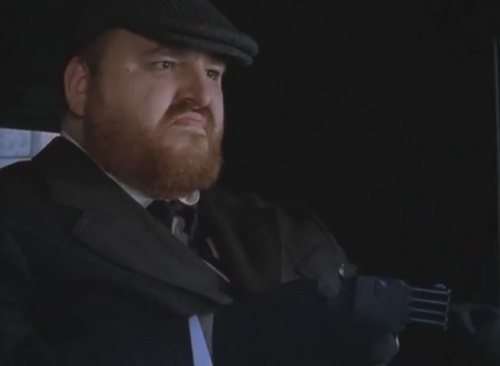 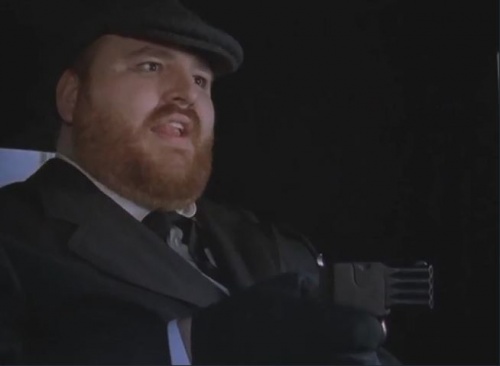 The frame is seen.

The guards at the Admiralty building hold rifles that are supposed to be Martini-Henry. 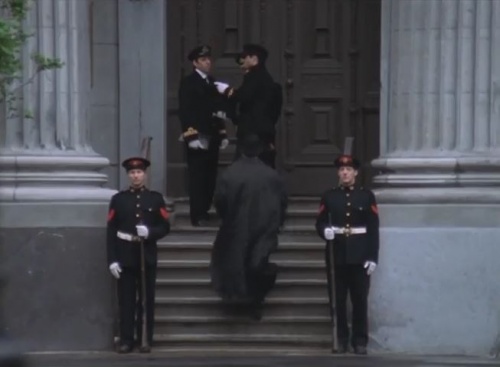 An old rifle is seen in the studio of photographer Timothy Carter (Sean Devine). It bears resemblance with Enfield Pattern 1853 (such guns are seen in the previous movie of the film series) or very same looking Snider-Enfield Rifle but the guess is too vague. 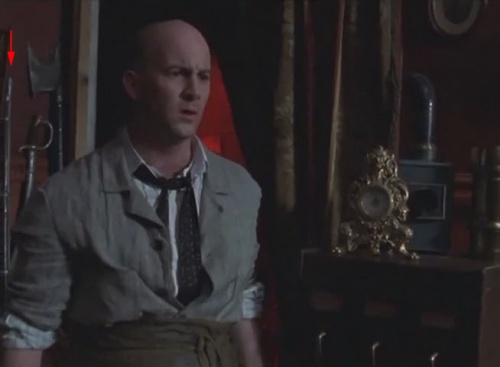