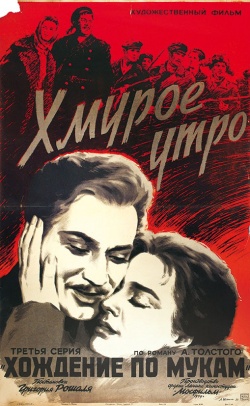 The Road to Calvary (Khozhdenie po mukam) is a Soviet 1957-1959 film series directed by Grigoriy Roshal and based on the eponymous historical novel trilogy by Aleksey Nikolayevich Tolstoy. It consitst of three movies: The Sisters (Syostry) (1957), 1918 (Vosemnadtsatyy god) (1958), and Gloomy Morning (Khmuroe utro) (1959). The series depict the fate of sisters Dasha and Katya Bulavins and their beloved ones, Ivan Telegin and Vadim Roshchin, during the Great War, Russian revolution and Russian Civil war.

These film series is the first screen adaptation of the novel, followed by 1977 TV series, and 2017 TV series.