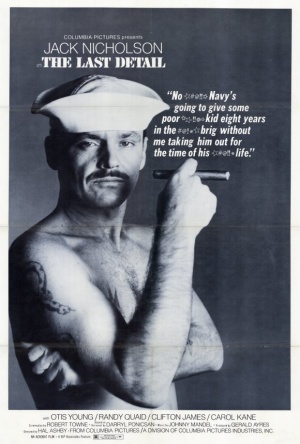 The Last Detail is a 1973 comedy-drama that follows US Navy sailors, Buddusky (Jack Nicholson) and Mulhall (Otis Taylor) who are assigned to transport a young Seaman named Meadows (Randy Quaid) to a Navy prison. The two sailors then decide to show Meadows a good time in New York City before they take him to prison. The film was directed by Hal Ashby (Coming Home) and both Nicholson and Quaid were nominated for Academy Awards for their roles.

The following weapons were used in the film The Last Detail: 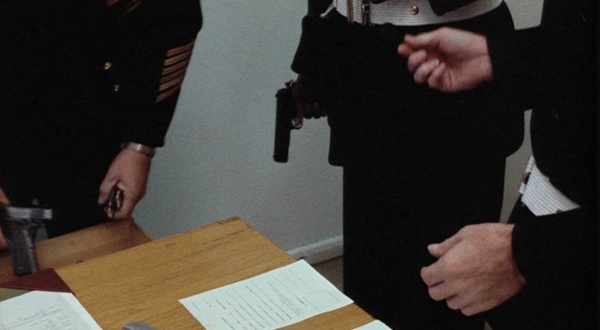 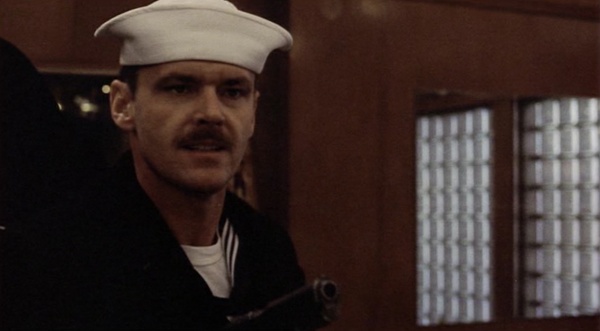 Buddusky raises his M1911A1 during an altercation with a bartender. The large .45-caliber bore is visible here. Trivia: Jack Nicholson is famous for pulling out random weapons to make a scene more intense. In the bar he was just supposed to very calmly and menacingly say “I am the the f*****g” shore patrol”. He instead slammed the .45 on the counter and started screaming. The fear and confusion on the other actors face is real--Oldred57 (talk) 12:07, 5 August 2018 (EDT). 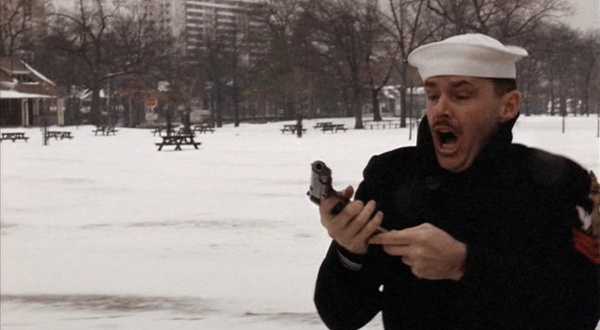 Buddusky loads his M1911A1 while running through a park.
Retrieved from "http://www.imfdb.org/index.php?title=Last_Detail,_The&oldid=1204581"
Categories: