The Flying Deuces is a 1939 comedy movie directed by A. Edward Sutherland. Stan and Ollie are on vacation in Paris. There, Ollie falls in love with a charming young lady who is, however, married to François, a Foreign Legion officer. Then the disappointed Ollie decides to commit suicide - of course with Stan. François rescues the two and recruits them for the Legion. But somehow the boys are not made for the tough soldier life.

The following weapons were used in the film The Flying Deuces: 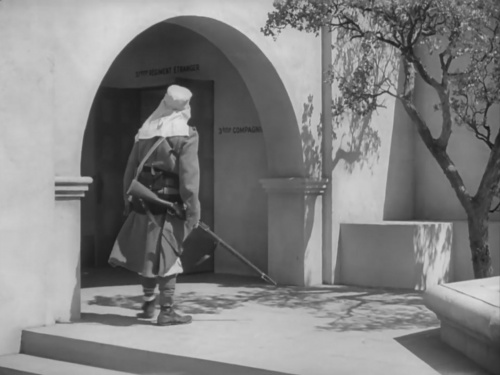 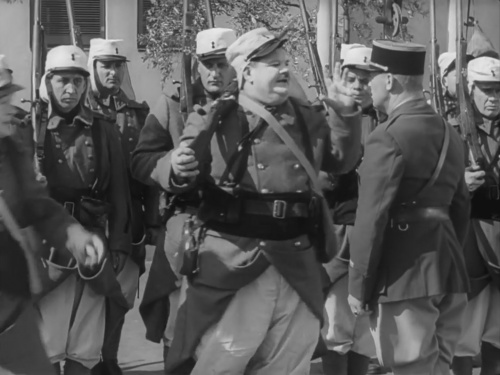 Ollie shoulders his rifle during disorder of the appell. 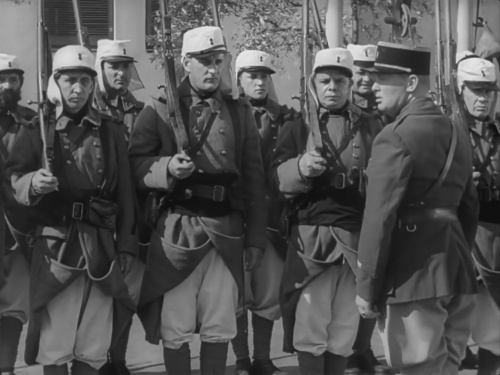 The same scene without Ollie, note the ejecting hole on the left rifle. 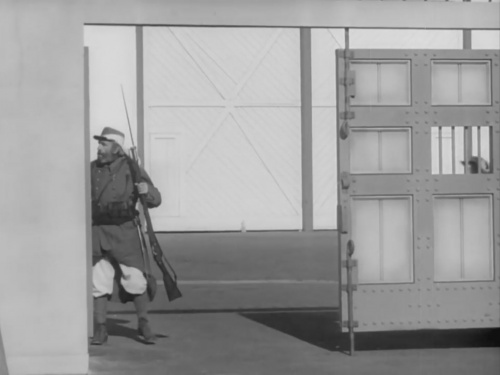 The barracks guard with a Rosalie bayonet.

Some Lebel 1886 rifles are also used by the Legionaries. 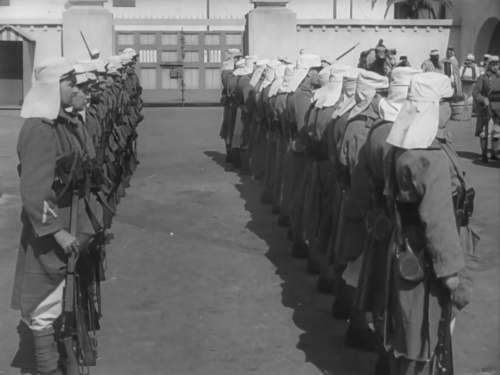 Full view of a Lebel on the left.

Francois (Reginald Gardiner) and other French officers carry Lebel 1873/1892 Revolver Holsters. There is no way to tell if the Mle 1892 Revolvers are inside. 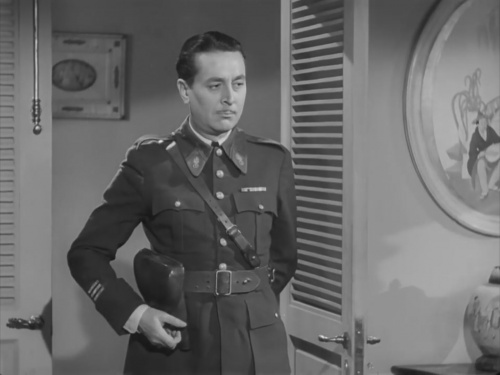