From Internet Movie Firearms Database - Guns in Movies, TV and Video Games
(Redirected from The Fly (1986))
Jump to: navigation, search

The Fly is the 1986 remake of the classic 1958 science fiction horror film of the same name. The film was written and directed by David Cronenberg and starred Jeff Goldblum as Seth Brundle, a scientist who has devised a way to molecular transportation. He then finds himself being genetically modified after a mishap with the transporter. The cast included Geena Davis and John Getz. The Fly would also spawn the 1989 sequel The Fly II.

The following weapons were used in the film The Fly:

Stathis Borans (John Getz) uses a Browning O/U Shotgun when confronting what is the mutated Seth Brundle (Jeff Goldblum) in his lab. He is seen using it to sever the power cables to one of the telepods. Veronica Quaife (Geena Davis) later uses it. 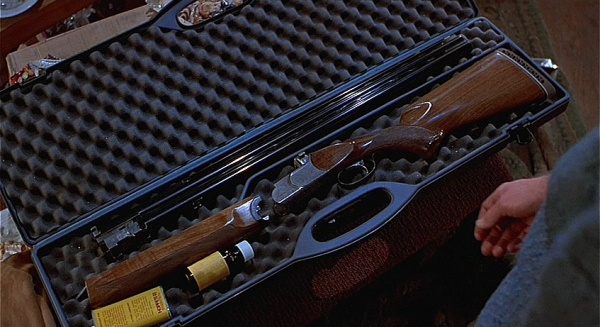 The shotgun is seen in its case. 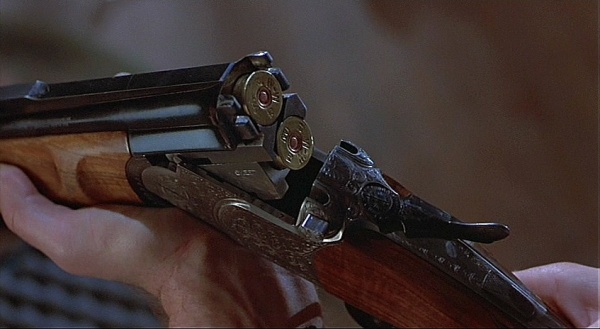 Borans loads the Browning. Note Greener cross-bolt on left side of the top of the receiver. 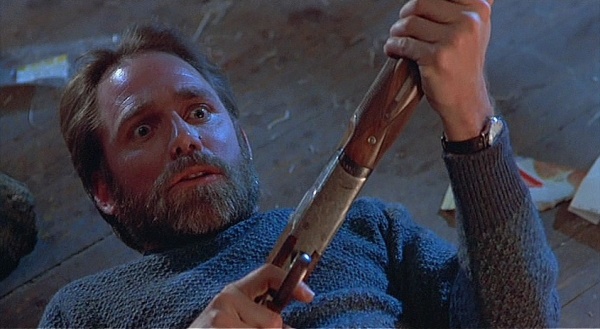 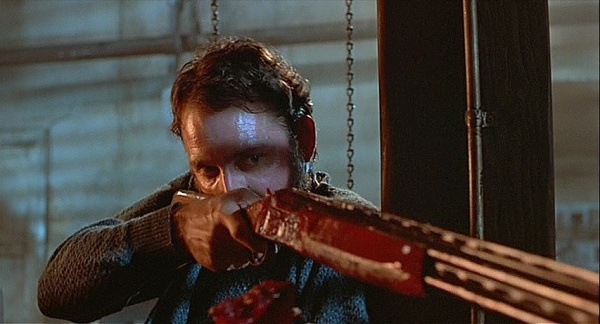 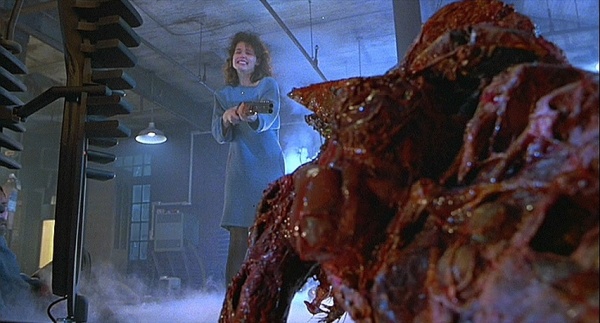