From Internet Movie Firearms Database - Guns in Movies, TV and Video Games
(Redirected from The Dictator)
Jump to: navigation, search

The Dictator is a 2012 comedy directed by Larry Charles (Borat) starring Sacha Baron Cohen, Ben Kingsley, and Anna Faris. Baron Cohen stars as Admiral General Aladeen, despot of the fictional North African country of Wadiya, which appears to take the place of Eritrea on the map. Typical for his movies, Baron Cohen promoted the film in character, including an appearance at the 84th Academy Awards.

The following weapons were used in the film The Dictator: 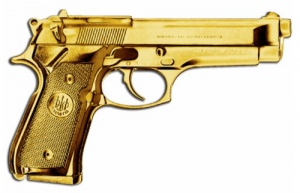 The Golden Beretta in Aladeen's holster.

He never draws the Beretta in the theatrical cut. 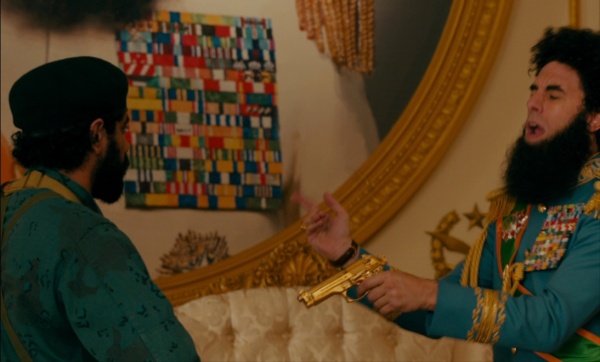 The Beretta is drawn in a scene in the unrated edition. It is also shown during the end credits of the theatrical cut. The Wadiyan uniforms appear to be US Desert Battle Dress Uniforms ("chocolate chips camo") dyed teal. 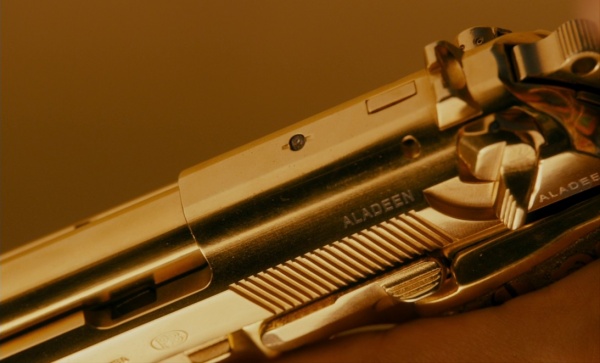 Aladeen apologizes for accidentally shooting his soldier. He explains that he thought the gun was on Aladeen. (The joke in the film being that he changed several words to "Aladeen.") But as we can see here, the gun is actually in Aladeen, er, safe. 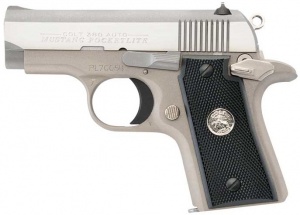 Aladeen uses what appears to be a Colt Detective Special in file footage of his race at the Wadiyan games. 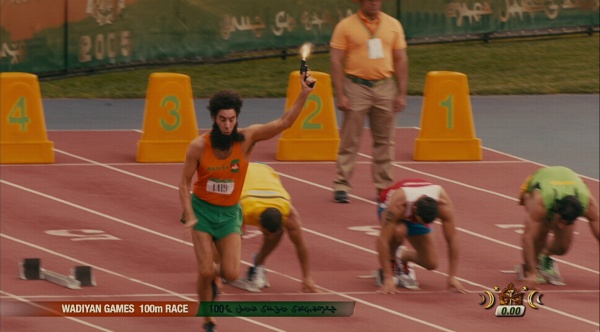 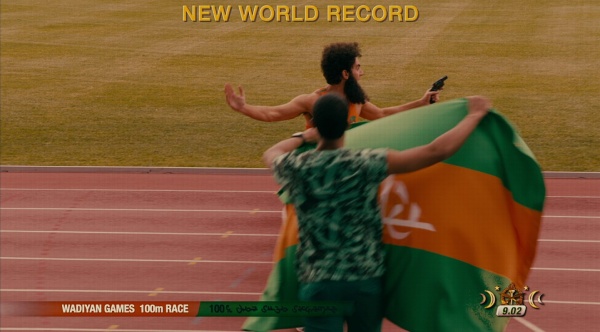 An assassin (Cuco Usín) attempts to kill Aladeen with a Smith & Wesson Model 629. 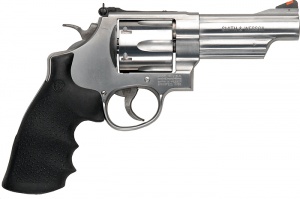 The assassin rushes out...

Many Wadiyan troops appear to be armed with AKS-74 rifles fitted with synthetic furniture.

One of Aladeen's soldiers is seen with an AKM.

Some of Aladeen's troops and his virgin guard are seen carrying Cybergun AK-47 Airsoft rifles.

Aladeen's virgin guards are of course based on Muammar Gaddafi's Revolutionary Nuns. 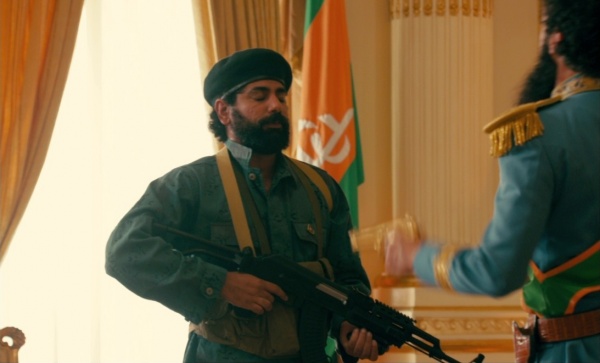 A soldier with the airsoft AK-47 in the same deleted scene as the golden Beretta.

Some of the Wadiyan soldiers are carrying CYMA AK-104 airsoft rifles.

All the guards on the right side of the stairs.

The guard in the background with the rifle.

Aladeen is shown holding a Heckler & Koch G36C in a portrait.

"$20 a day for Internet? What the fuck? And they accuse me of being an international criminal?"

Nadal (Jason Mantzoukas) has a partially disassembled Heckler & Koch MP5 in his apartment. This is quite clearly a disassembled airsoft MP5 (note the gearbox, inner barrel, and battery pack holder in the pistol grip).

A painting of a shirtless Aladeen riding a tiger with the severed head of Albert Einstein in one hand and an RPG-7 in the other hangs over his bed.