Thale is a 2012 Norwegian horror film based on the mythical Huldra from Scandanavian folklore.

Note: Given both Norway's relatively strict gun laws as well as the film's meager budget (only about $10,000), it is likely that most if not all of these weapons are airsoft props.

The following weapons appear in the film Thale:

The soldiers who show up to re-capture the escaped Huldra are armed with Colt M4 rifles. These rifles appear to be airsoft rifles built around an A2-style upper reciever (with a fixed carry handle and A2 adjustable rear sight) and an A2 solid stock (a popular configuration on airsoft M4-type carbines due to the stock's ability to house a large-type battery), and equipped with a flashlight mounted to the lower handguard. These are likely intended as stand-ins for either the Heckler & Koch HK416 (the standard rifle for the Forsvaret), or the Diemaco C8 Carbine (a common weapon among Norwegian special forces). 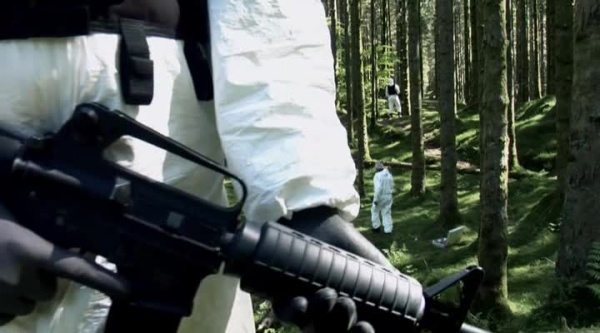 A close-up of one of the soldier's rifles. Note the M4 handguard and fixed carry handle. 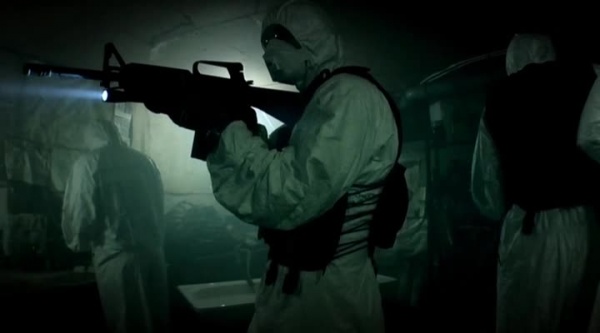 One of the soldiers searches the basement lab with his M4. Note the fixed A2 stock and the flashlight mounted to the handguard. 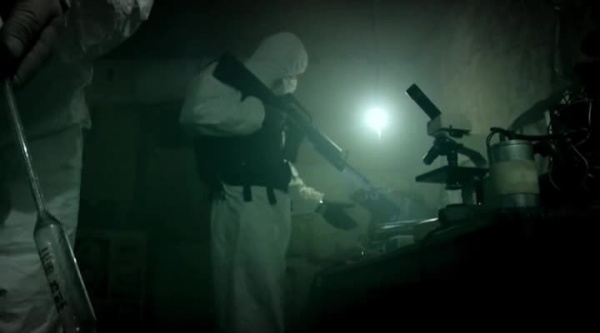 A soldier investigates some of the lab equiptment. 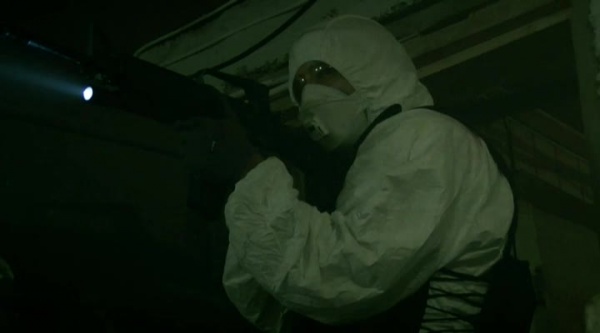 One of the soldiers investigates the back room of the basement.

Hvittkledd (Morten Andresen) carries a Smith & Wesson Sigma SW9F pistol. The prop used appears to be missing its magazine, and lacks the "S&W" logo normally found on the grip, suggesting that this prop is also an airsoft replica. 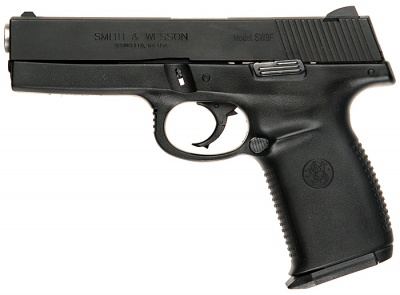 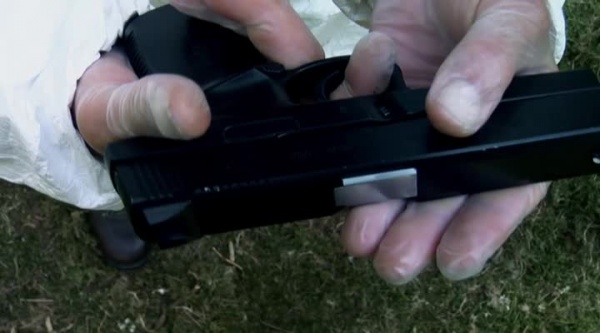 Hvittkledd draws and inspects his Sigma. Note how the S&W emblem is absent. 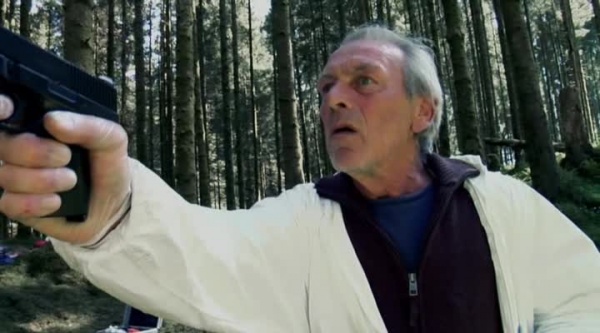