Looks more like a 1893 Bittner Repeating Pistol to me: http://www.horstheld.com/0-Bittner.htm David.

There was a pistol in the TV show based on the Bittner. http://www.urbanchant.com/vera/build/pistol_fin_1.jpg It was carried by a character named "Jubal Early", which if you know your civil war history is interesting.

That was my thought at first, but if you look at the two, Mal's pistol has more in common design-wise. Like the Bittner it is long, front heavy, has an octagonal barrel, and a forward removable, small magazine. Well the tv show pistol has a small magazine, they enlarged it for the movie. Jubal Early's pistol, is rather compact. David.

I like the new firearms shots, but this page is a mess. Please look at other IMFDB pages for proper formatting and captioning preferences. MoviePropMaster2008 06:08, 15 October 2009 (UTC)

Its been a while since I've seen the film but at some point they attach a cannon to Serenity and use it to piss off the space cannibals. What kind of cannon is that, or is it just a CG/prop thing?

It's a German Flack 38 20mm AA gun. I can't describe exactly why I think that, but look at a picture of the Flack38 and look at ship's gun and I think you'll agree.

The gun in the movie 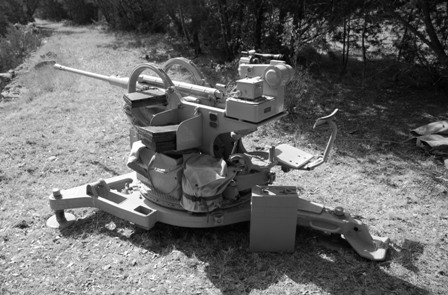 Just a few odds n sods - Zo's Mares lag in the movie has a standard lever but in the firefly series has the enlarged 'flip cock' loop. This was probably as the original was sold, auctioned off, or used for another series. Also, the guy who Zoe takes the japanese pistol from at the start of the movie who then gets shot by mal and eaten by reavers is Glenn Howerton aka Dennis Reynolds from It's always Sunny in Philedelphia. Ok thats all folks - Captain Snikt

All guns from the Firefly series were sold off and purchased by one collector. The only weapon carried over from the series to the movie is Jayne's bowie knife as it was a production Ridge Runner Patrick Henry model with a custom sheath. - boogerv 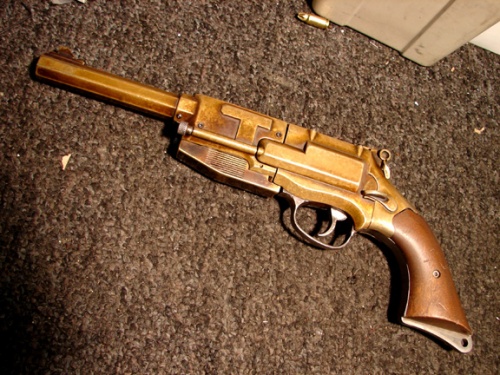 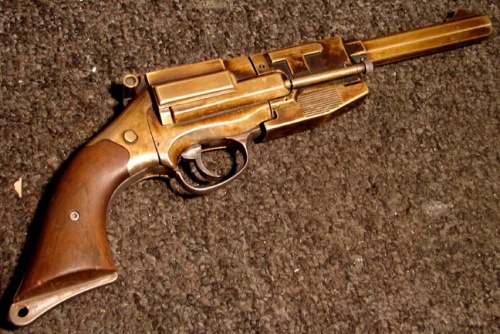 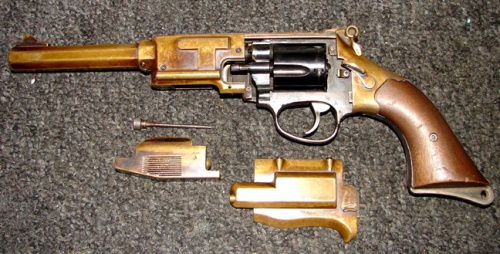 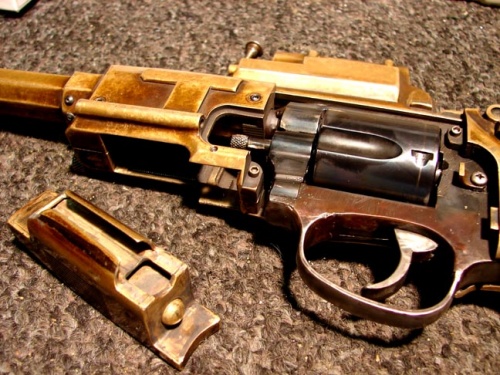 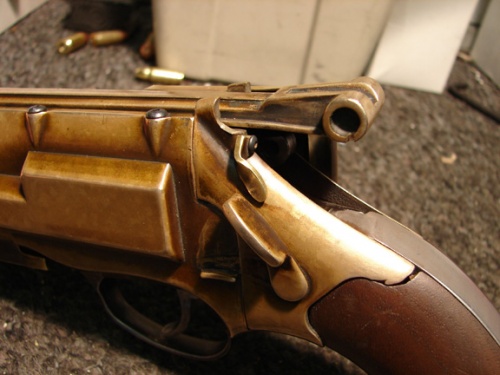 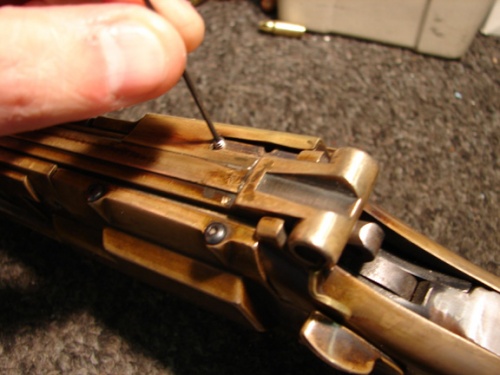 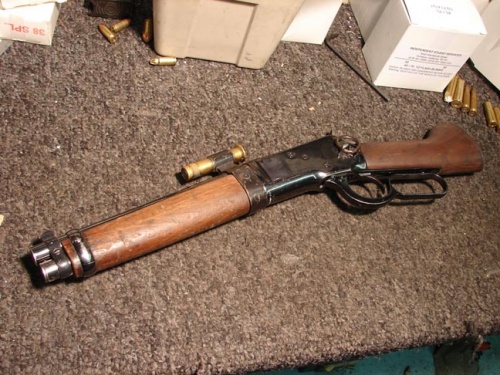 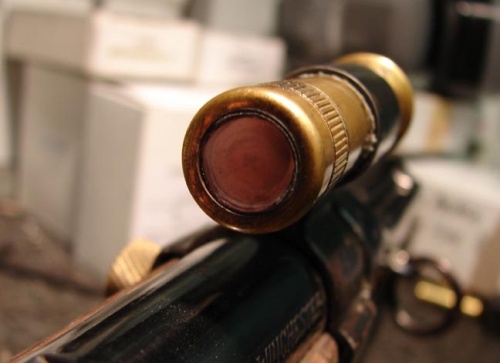 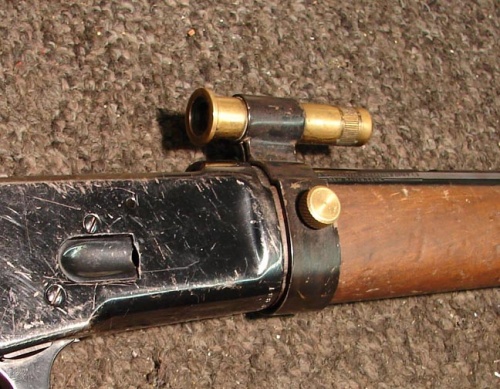 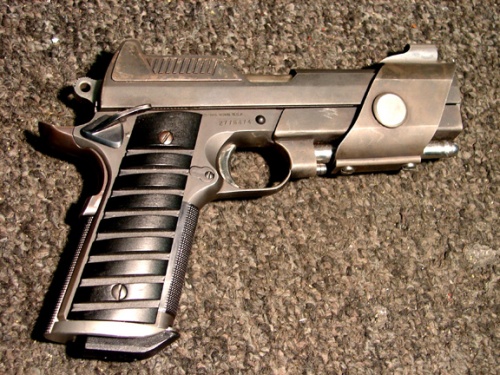 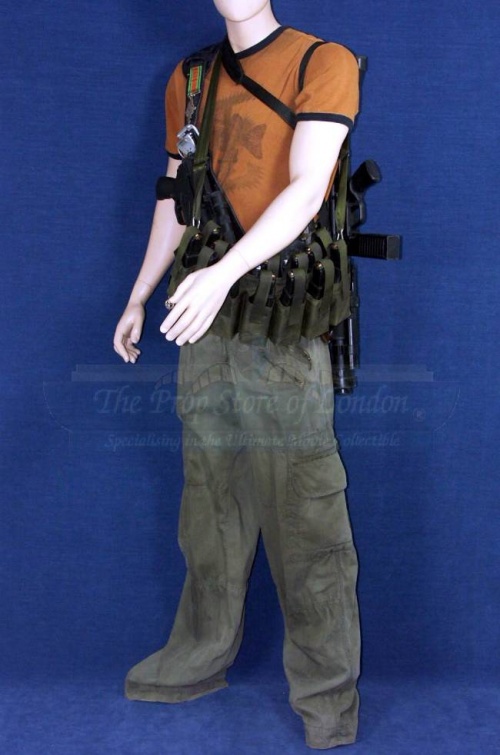 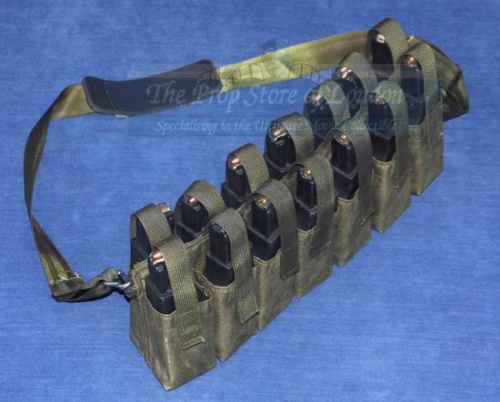 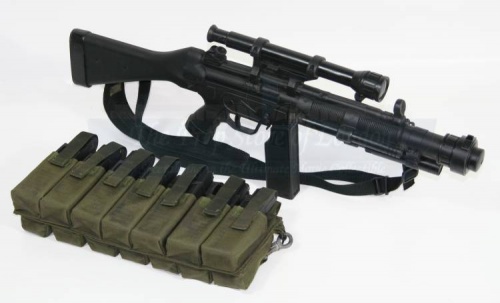 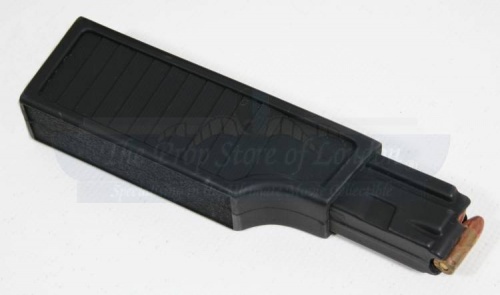 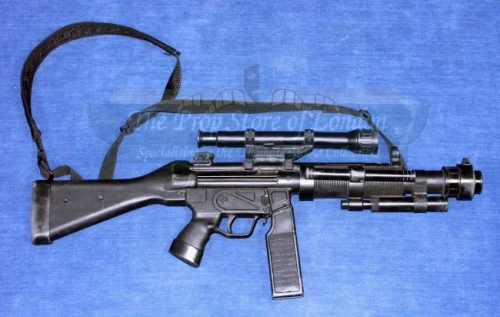 Waffle magazines for the MP5K

Even though I photographed the gun, for the record, I don't know if those short waffle magazines were 15 or 20 round mags. There was NO MARKING on them to indicate capacity and the only real way to check was to try to top them off with rounds, which of course, I would NOT have been allowed to do at the time. Jayne has a wooden crate FILLED with these magazines in the movie. I only have the 30 round magazines, not any of these short ones so I could not check on my own. Just for the record, in case someone points out 'our error' in the future.....MoviePropMaster2008 14:13, 23 September 2011 (CDT)

It's a 20 rounder, look at the picture of the MP5K Prototype for comparison, its 15 round waffle magazine is noticeably shorter than the waffle magazine on the MP5K in your picture. - Mr. Wolf 18:32, 23 September 2011 (CDT)

This image bothers me a bit. Usually when we see a lot of flash coming out of a suppressor, we just assume it's a fake movie suppressor. But since it's an MP5SD, it has to be a real suppressor, right? --Funkychinaman (talk) 14:18, 21 November 2013 (EST)

Three explanations that spring to my head. First, it is built from a civillian clone of an MP5SD where the suppressor is just a barrel shroud. Second, it is a real MP5SD where the baffles have been removed for legal, theatrical or technical/maintenance/reliability reasons. Third, it is a real suppressor and the fact that there is no bullet and it is using very showy blanks means that there is still a lot of unburnt powder coming out so you get a muzzle flash anyway. --commando552 (talk) 14:31, 21 November 2013 (EST)

I was thinking maybe the suppressor was disabled, but why would the armorer disable a feature that he or she had already paid extra for? Does the same tax stamp cover suppressors and full auto? --Funkychinaman (talk) 14:58, 21 November 2013 (EST)

I think it would be two different tax stamps, as I think the suppressor itself is treated as a separate weapon. I doubt the extra $200 is the issue though. Am not exactly sure how it works, but I think blank fire adapted weapons are at least partially exempt from BATFE stuff, hence why they can use full auto weapons made after 1986. However, if it were a functional suppressor then it could be removed and put on a different, live fire weapon. Also, I believe there are States where suppressors are totally forbidden ( I think CA is one of these), so if prop houses used real suppressors they wouldn't be able to be used there. Even if there was no legal issue, I wouldn't be surprised if removing the baffles from suppressors was standard as it creates a more impressive effect, and the high fouling created by blanks would be a nightmare in a properly baffled suppressor used on full auto. Now that I say that, I just realised that the muzzle gasses from blanks may be hotter than live ammo, and coupled with the fact that they are used a lot on full auto it might lead to a functional suppressor becoming very hot and wearing out quickly. --commando552 (talk) 16:08, 21 November 2013 (EST)