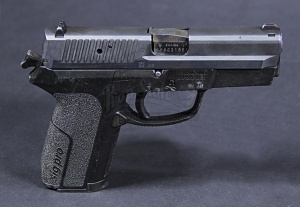 A SIG Pro (Sig P2340) is used by Matt Damon in 'The Bourne Identity'. It's the pistol that's in his bank vault in the swiss bank he goes to.