Misfire instead of Empty gun

I just saw the last episode of the series and there's a scene where Micheal points a gun and was about to shoot someone. It clicked instead. The woman he was going to shoot said it's a misfire. This is one of the only instances on script where they don't say the guy is empty when the gun clicks and doesn't lock slide back. Though what Micheal should have done next was rack the slide and chamber a new round and it would have taken him a second to do so. Excalibur01 17:34, 5 August 2010 (UTC)

In season 4, episode 6 - "Blow out", there is a scene at 15 minutes in where Gretchen breaks a ceramic owl and reveals a gun inside. This gun is not on the page. Just thought I would let you guys know. - Anonymous

It looks like the gun is a Glock 19 with a metal slide. I don't know the various Glock variants well enough to know for sure though. - Anonymous

I'm rewatching the entire series so i will add anything and everything that i see. this page is pretty poor at the moment so hopefully in a couple of weeks it will be better

In the fourth episode of the second season, Brad Bellick uses a Browning Hi-Power when he captures Michael, Lincoln, and Nika. Lincoln is able to take the gun from him when the tables are turned. Nika also breifly handles the gun. His partner carries what appears to be either a nickel Sig 226 or Sig 220. 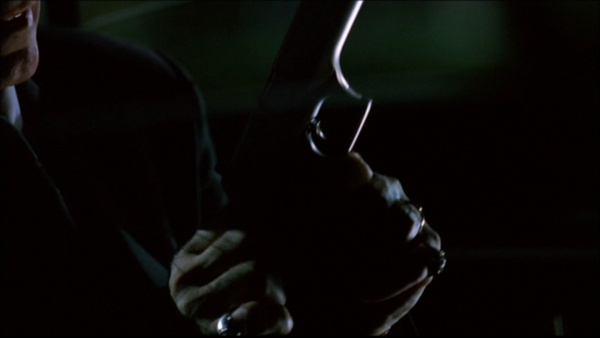