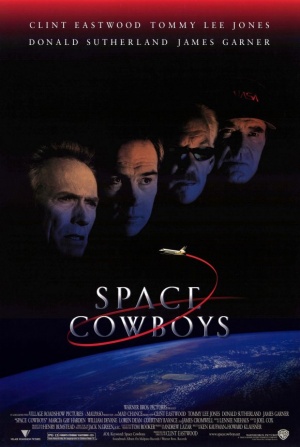 The following weapons were used in the film Space Cowboys:

A NASA police officer holds a Heckler & Koch MP5A3 as Hawk Hawkins (Tommy Lee Jones) walks to the bus that will take him to the shuttle.

Closer view of the officer with his MP5A3.
Retrieved from "http://www.imfdb.org/index.php?title=Space_Cowboys&oldid=867567"
Categories: