The following weapons were used in the film Snake Eater:

Smith & Wesson Model 19 with 4-inch barrel is seen in hands of the first drug dealer during the opening scene. 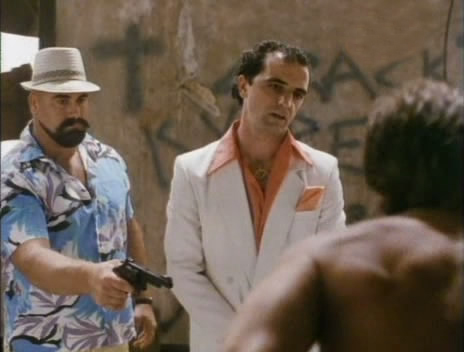 The first drug dealer threatens Kelly with his S&W Model 19. 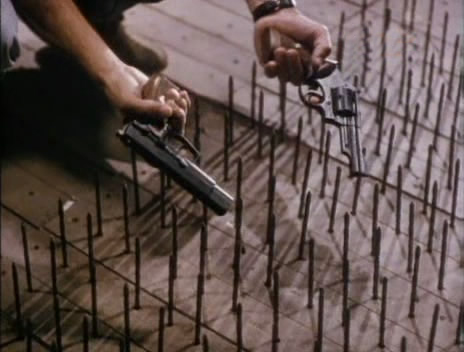 After both drug dealers are disarmed Kelly takes their weapons: S&W Model 19 and Browning BDA.

Browning BDA is seen in hands of the second drug dealer during the opening scene. 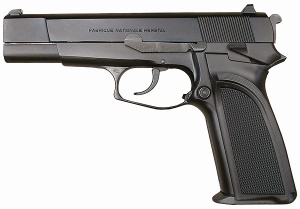 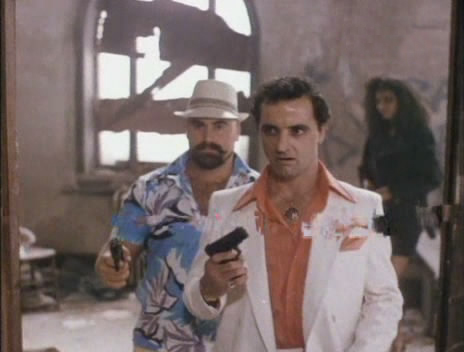 The second drug dealer threatens Kelly with his Browning BDA.

After both drug dealers are disarmed Kelly takes their weapons: Smith & Wesson Model 29 and BDA.

Police officers carry snub-nose revolvers that are seen too briefly to be identified. 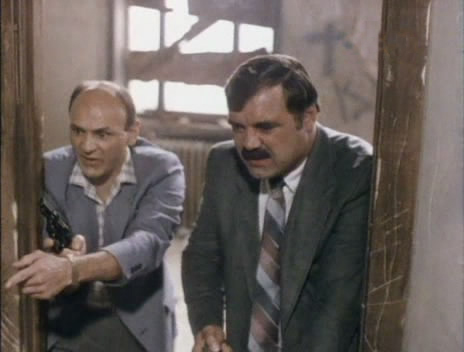 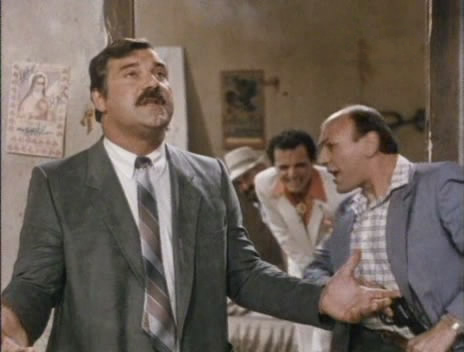 Ruger AC556 Carbine - 5.56x45mm. This is the full automatic version of the Mini 14 with a distinctive barrel and bayonet lug. 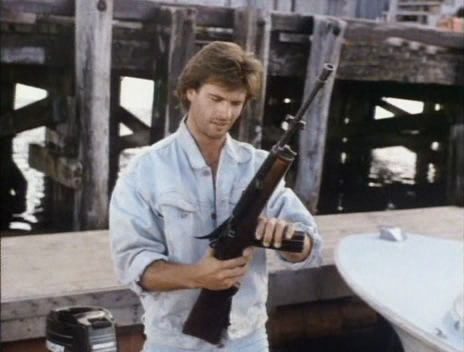 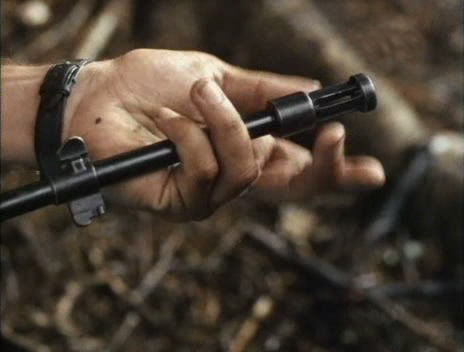 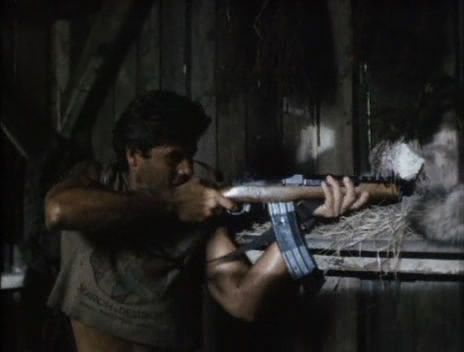 Junior (Robert Scott), the main villain of the movie, uses a Marlin Model 336 lever action rifle in several scenes including the final shootout. 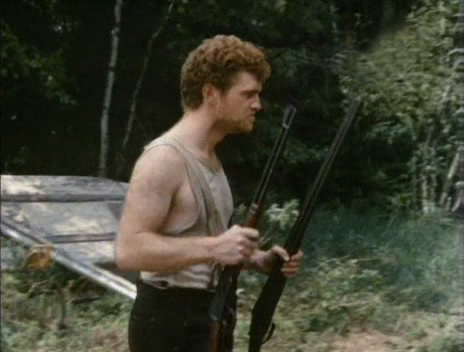 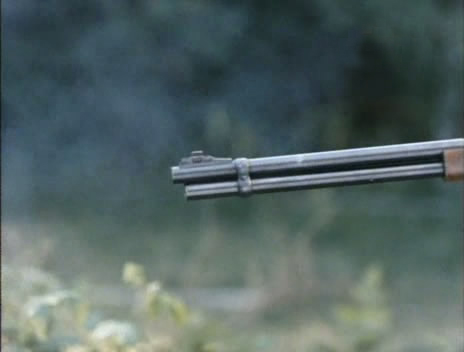 The close view on the barrel. 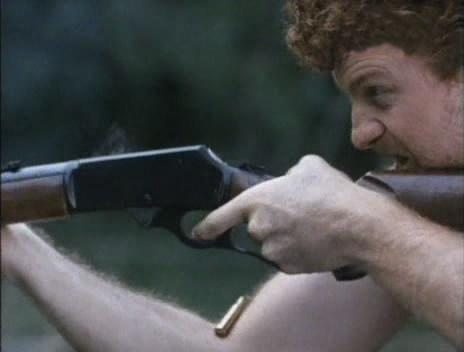 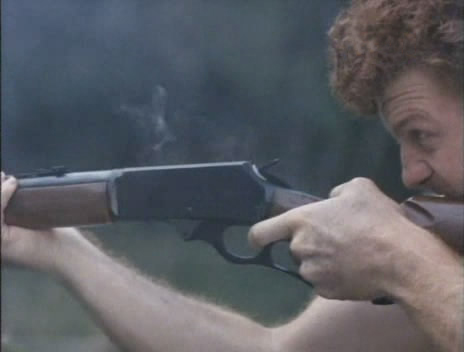 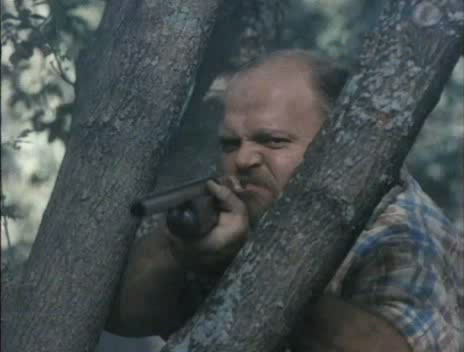 One of Junior's men fires. 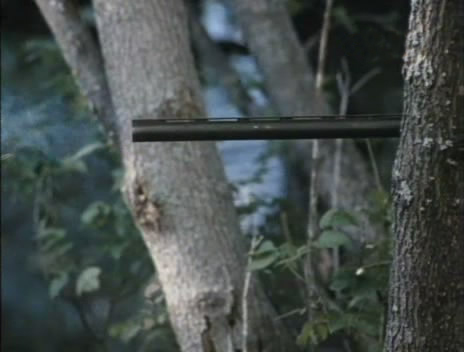 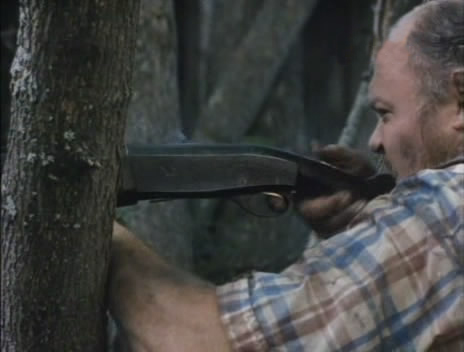 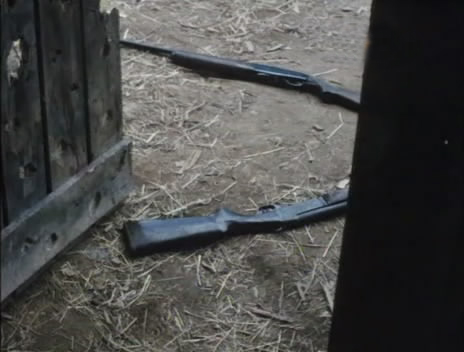 Two shotguns are seen on the ground after their owners were shot by Kelly. 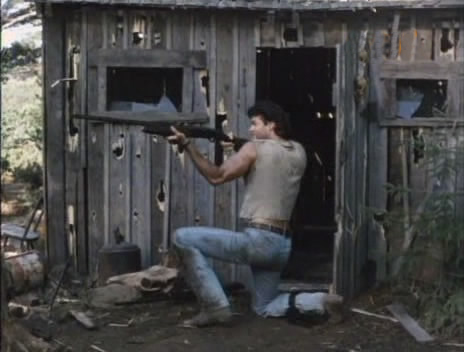 Kelly (Lorenzo Lamas) fires one of these weapons. 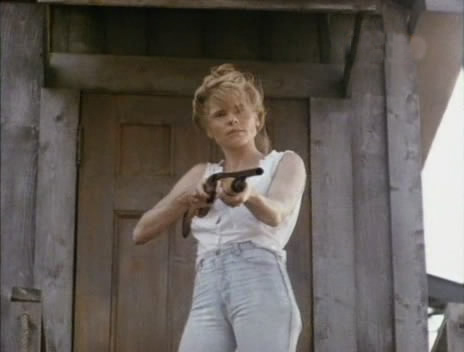 "The Kid" (Josie Bell) aims her shotgun at several of Junior's men. 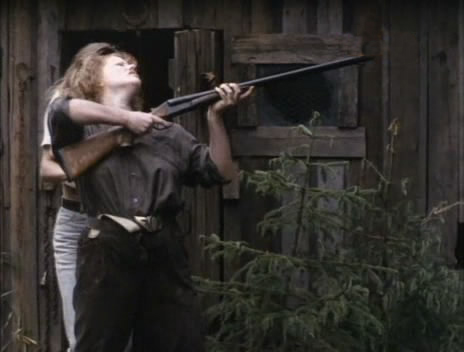 Sissy (Sandra Brown) is trying to shoot Kelly with her double barreled shotgun.

In the opening scene Kelly uses a sawn-off double barreled shotgun as a trap. 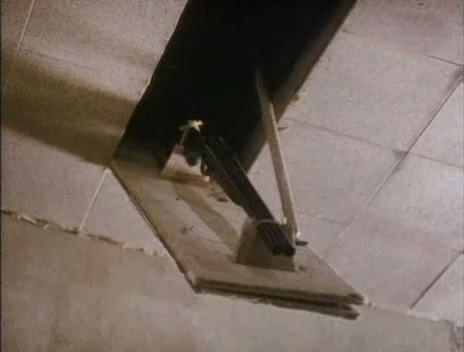 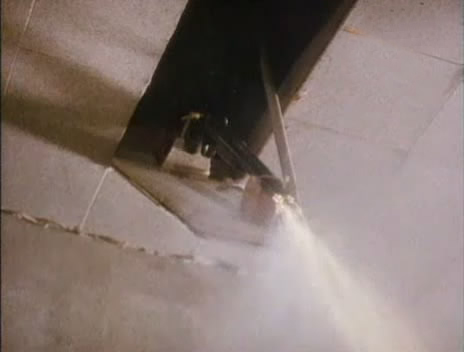 Sawn-off double barreled shotgun is used as a trap.
Retrieved from "http://www.imfdb.org/index.php?title=Snake_Eater&oldid=1025533"
Categories: