Silver Blaze (released in USA as Murder at the Baskervilles) is a British 1937 B&W detective movie, very losely adapted from the short story "The Adventure of Silver Blaze" by Arthur Conan Doyle. It is directed by Thomas Bentley and stars Arthur Wontner as Sherlock Holmes and Ian Fleming as Dr. Watson. The story is moved in 1930s, and shows Holmes visiting his old friend Sir Henry Baskerville (hence the US release title). The famous racing horse, Silver Blaze, disappears mysteriously, and Professor Moriarty turns out to be involved. The movie is the fifth and final screen appearance of Arthur Wontner as Sherlock Holmes, and the fourth and final film screen appearance of Ian Fleming as Dr. Watson.

The following weapons were used in the film Silver Blaze:

When Sherlock Holmes (Arthur Wontner) arrests Moriarty, he is armed with a revolver that appears to be a Webley No.5 Express revolver. 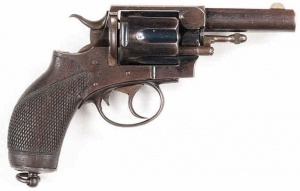 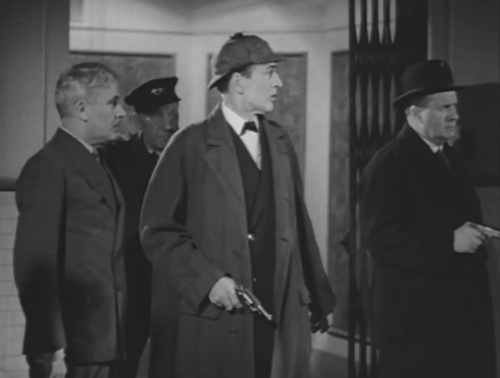 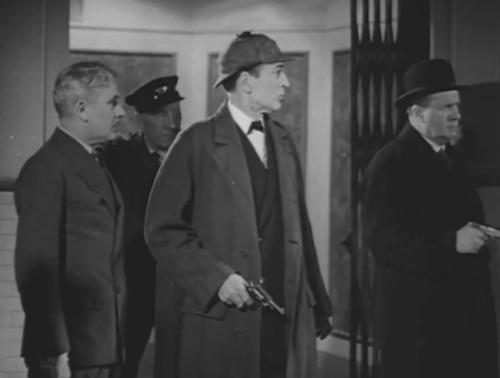 Holmes (in center) holds his revolver. 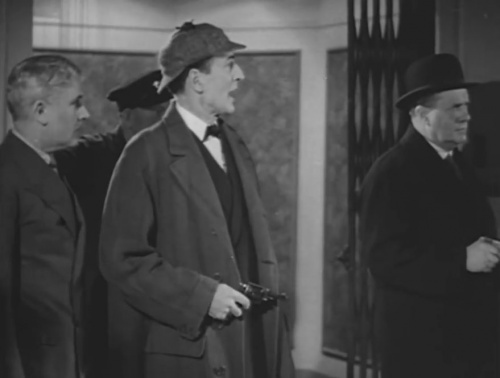 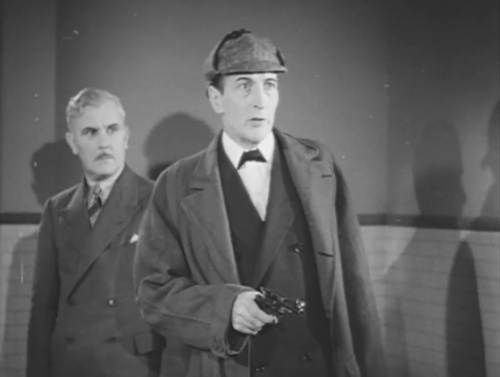 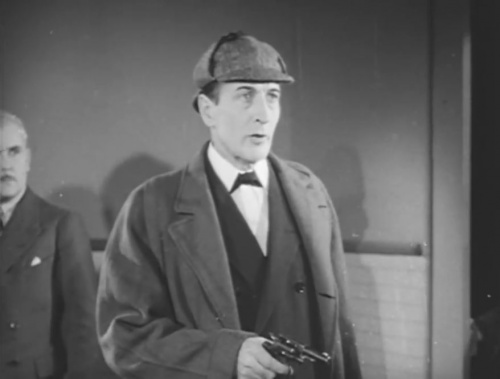 A plainclothes police detective holds a revolver that is seen very briefly and unclear. 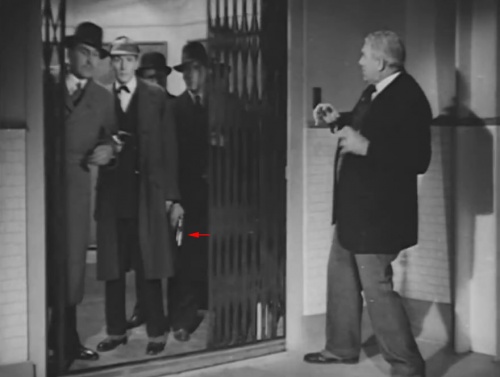 The revolver has side-mounted extractor. 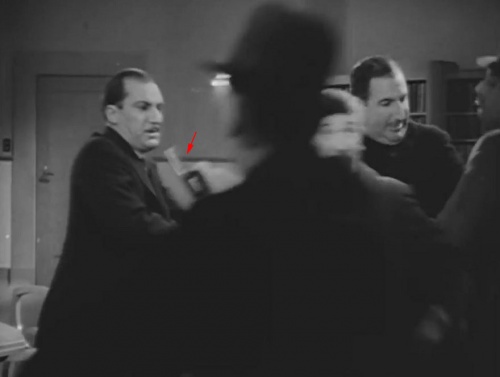 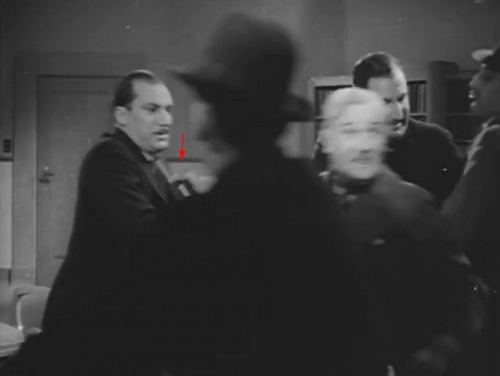 A blurry view of the revolver. In next moment the revolver switches to a Colt Model 1903 pistol (see below). 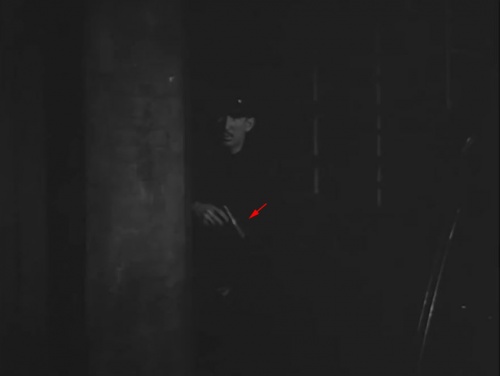 Bert Prince holds the pistol when he stakes out Dr. Watson. 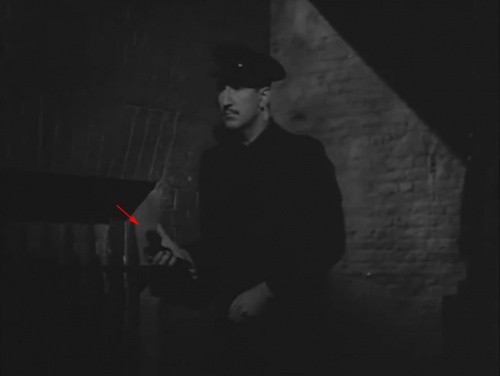 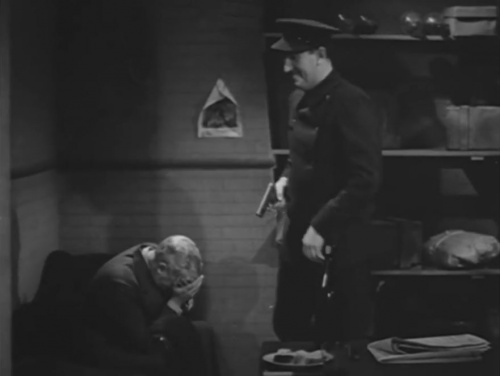 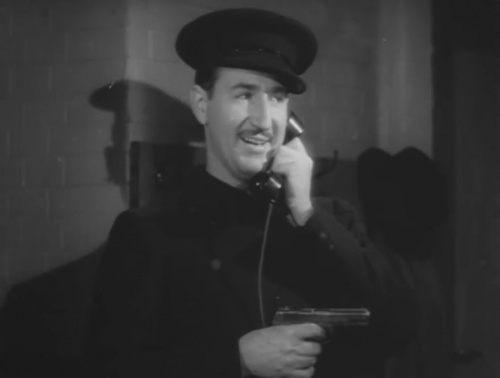 A good view of the pistol. 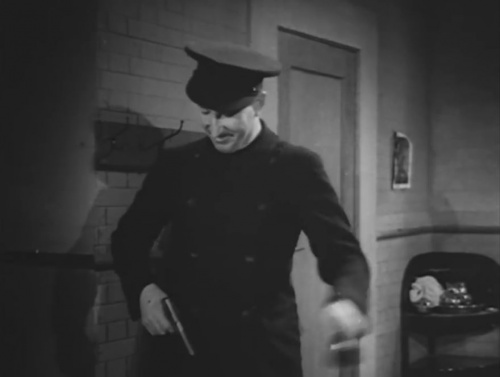 Another view of Prince's pistol. 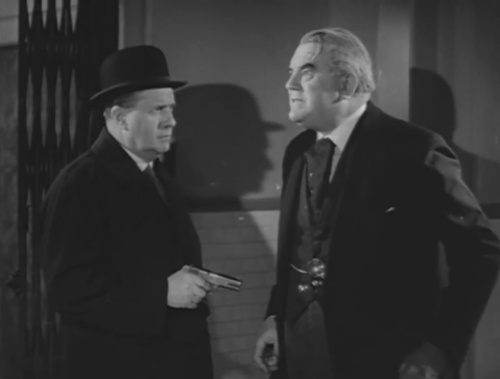 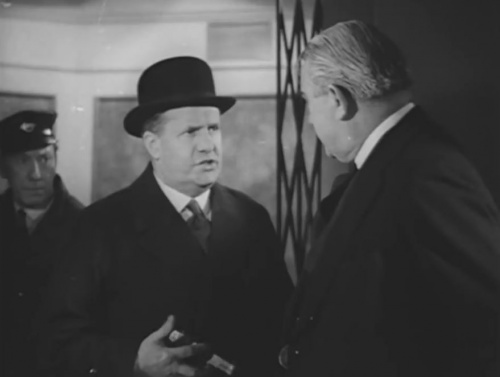 Lestrade holds his pistol during the arrest of Moriarty. 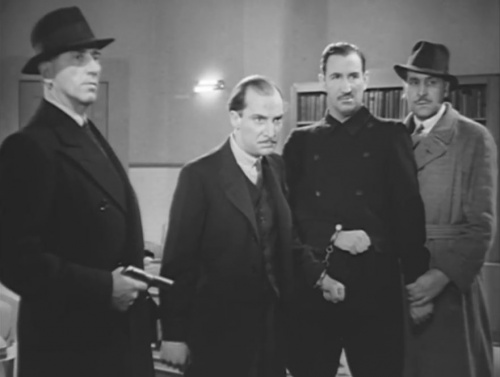 Same looking pistol in hand of a police detective. In previous moment this character is armed with a revolver (see above).

Several rifles are seen in the gang's gun rack. From left to right: 1) unidentified rifle (too unclear), 2) and 4) Lee-Metford or Magazine Lee-Enfield rifles (both models are externally identical), 3) a Mauser, possibly a Mauser Gewehr 98, 5) possibly a Lebel or a Berthier (due to the position of sling swivel). 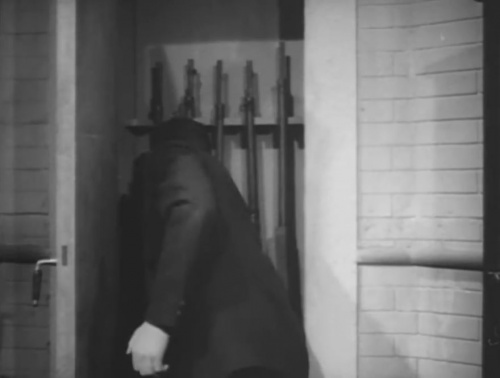 A Blunderbuss is seen on the wall in Holmes' room. Nearly same premise interior, with same blunderbuss on the wall, is seen in The Sleeping Cardinal (1931), the first film in the series. 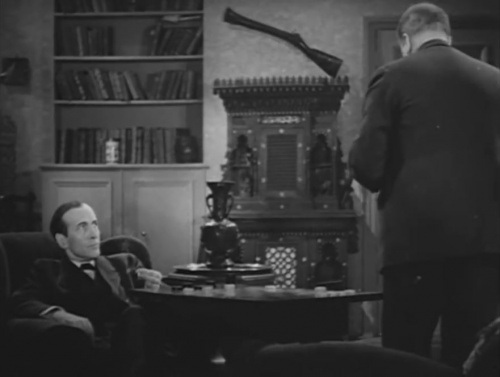 A blunderbuss is seen on the wall. It's hard to identify the type of its lock; possibly this is a non-firing decorative "wall-hanger".

A fictional weapon, described as a "magazine air gun, absolutely silent and immensely powerful", is used by Prof. Moriarty's gang. At first it is seen in hands of Bert Prince (Ralph Truman) who takes the gun from the gun rack, then it is hold by Barton (Danny Green), and at last Col. Sebastian Moran (Arthur Goullet) uses this gun in several scenes (a reference to "The Adventure of the Empty House" where Moran used an air gun). 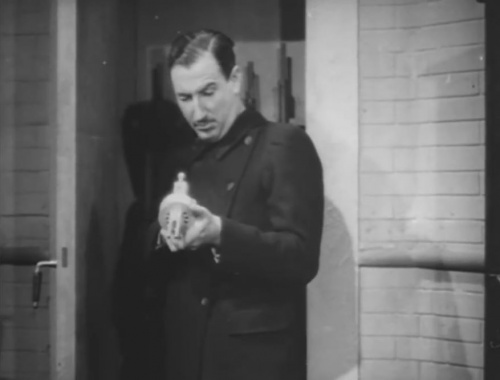 Bert Prince takes the gun. It has two barrels and a pistol grip. 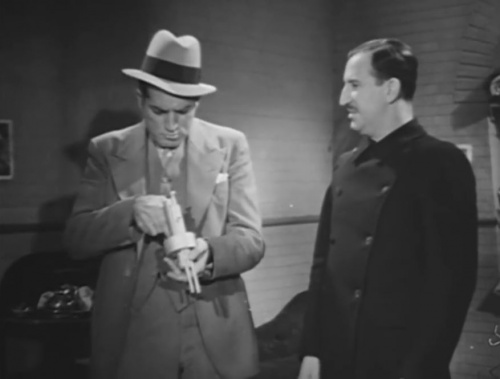 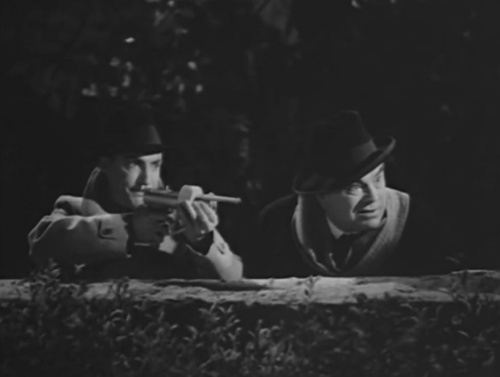 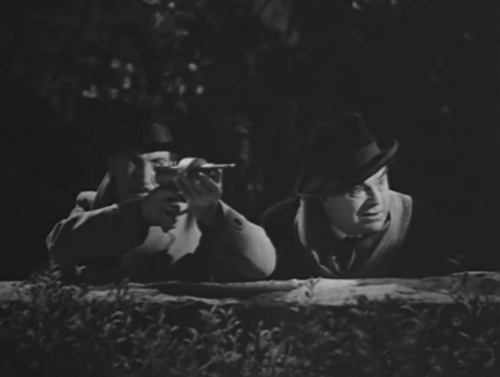 Moran tries to shoot Holmes throughout the window. 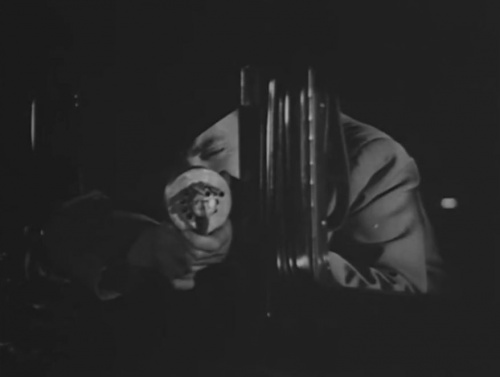 Moran fires from a car, aiming another car with Holmes, Watson and Lestrade. 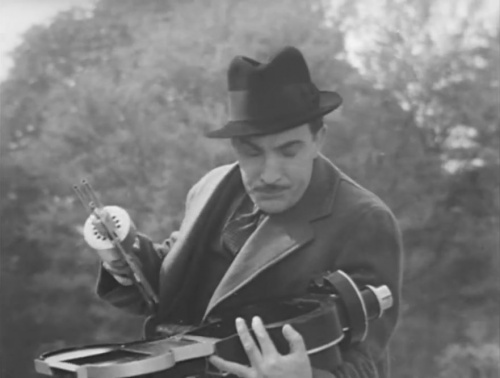 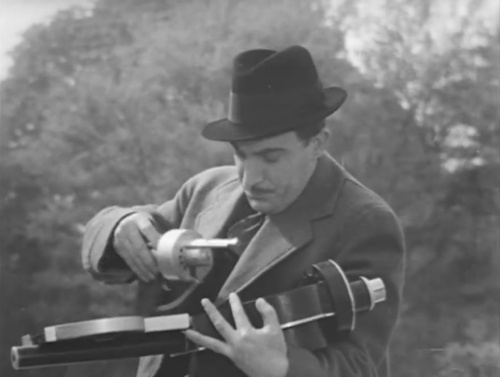 Moran hides the gun in a newsreel camera... 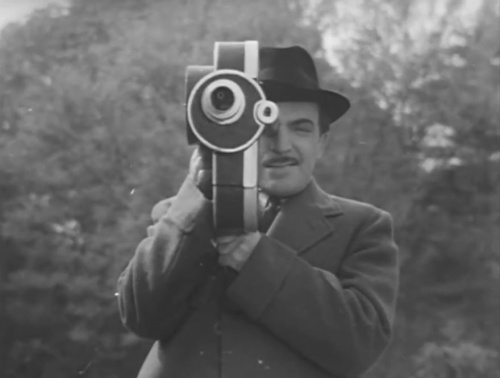 ...and aims and shoots at Silver Blaze’s jockey during the race. 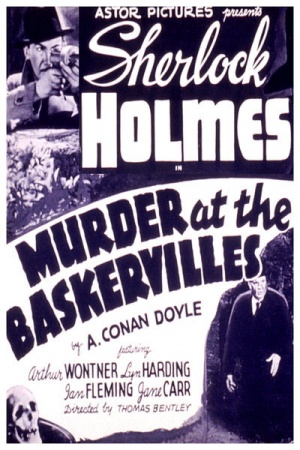 Murder at the Baskervilles, US release poster
Retrieved from "http://www.imfdb.org/index.php?title=Silver_Blaze&oldid=1317822"
Categories: