Sherlock Holmes in Washington is an American 1943 detective movie, directed by Roy William Neill and starring Basil Rathbone as Sherlock Holmes and Nigel Bruce as Dr. Watson. This is the fifth installment to the series of fourteen Sherlock Holmes films starring Rathbone and Bruce. Like most of the films in the series, this one is set during WW2. A British courier delivers a vital secret document to USA but he is murdered and the document disappeared. The British government turns to Holmes for help, and the famous detective together with Dr. Watson hurries to Washington where he confronts the spy ring.

The following weapons were used in the film Sherlock Holmes in Washington: 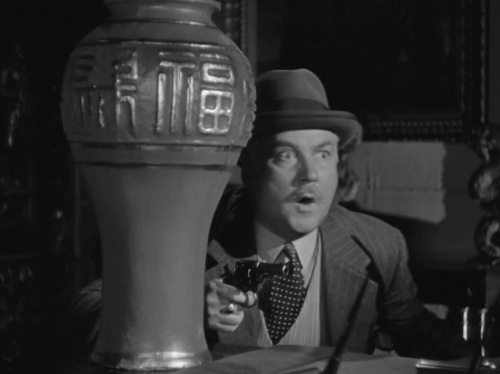 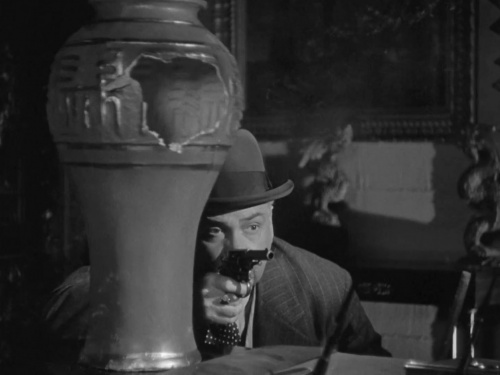 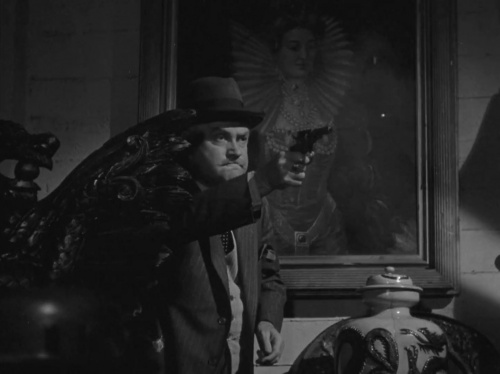 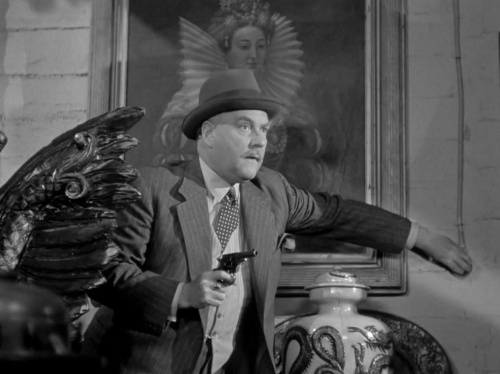 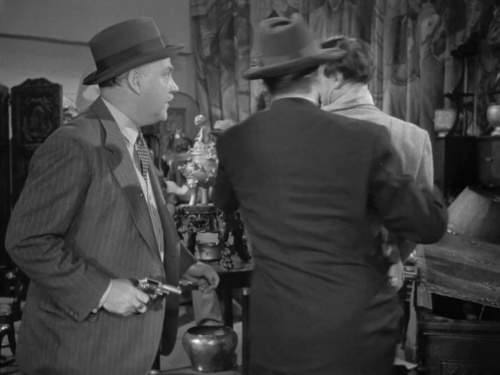 Another view of Waston's revolver. 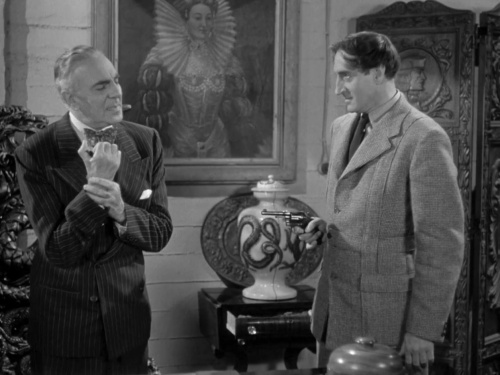 Stanley tries to get the revolver from drawer but Holmes hits his hand and gets the gun. 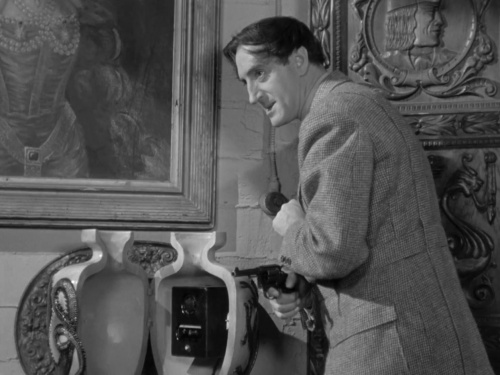 Holmes aims the revolver at the spymaster. 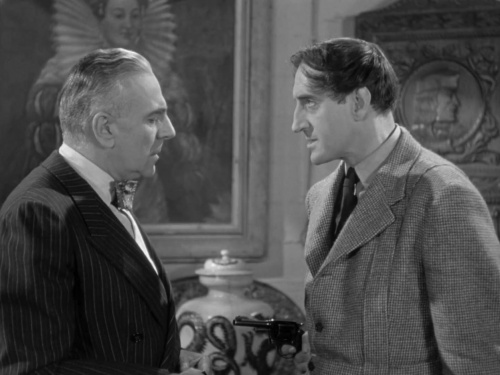 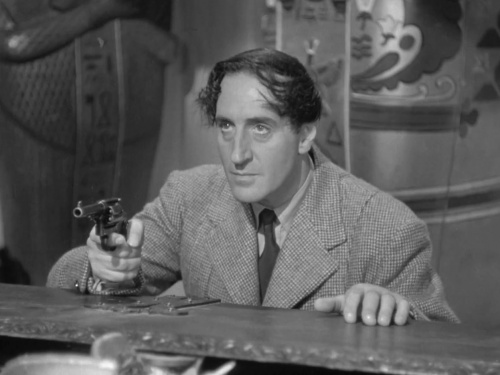 A view of the revolver from the muzzle. 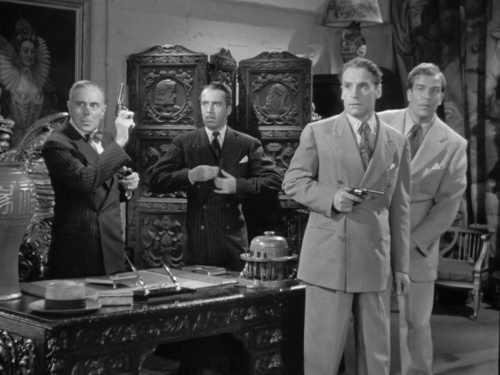 Stanley gets back his revolver (at the right) when William Easter disarms Holmes. Another Colt is seen in hand of Easter. 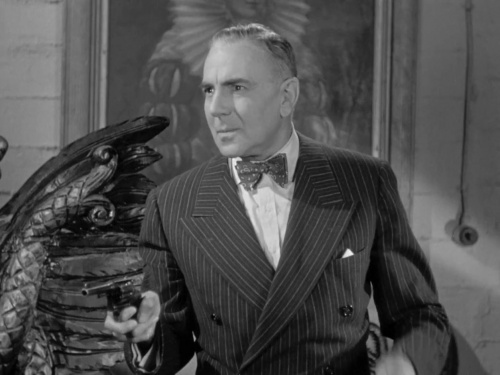 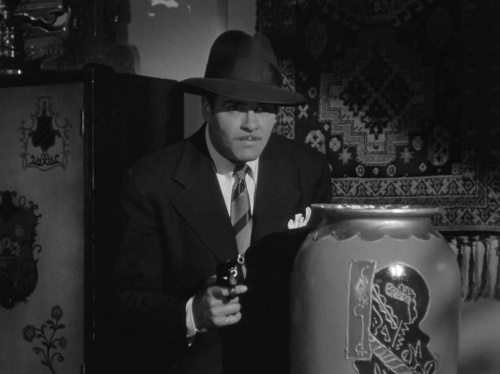 Lt. Grogan with a Colt. 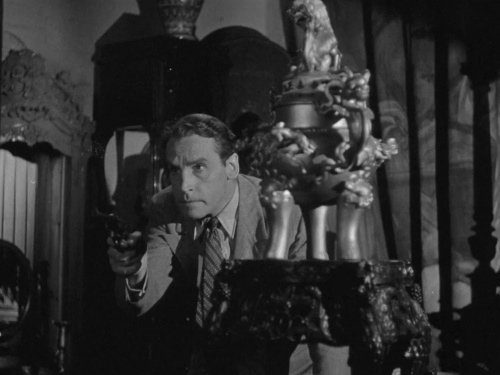 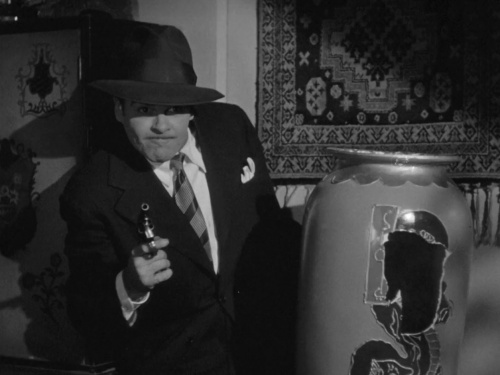 Another view of Grogan's revolver. 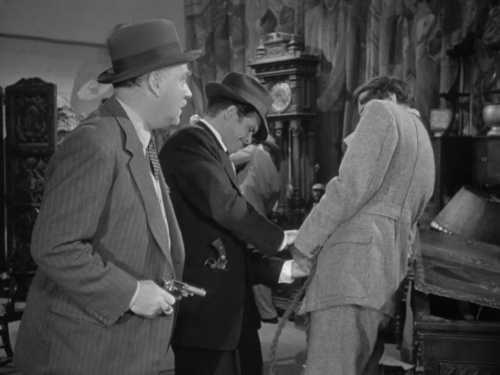 The grip of Grogan's revolver is seen in his pocket. Watson holds a Bulldog at the foreground. 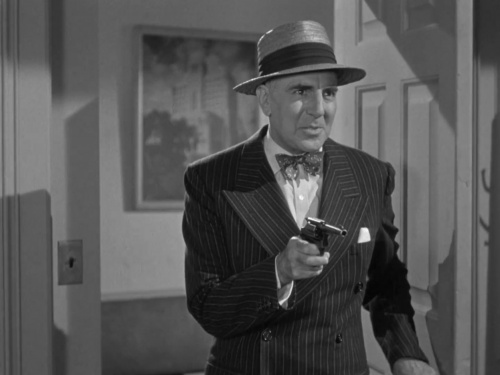 Stanley holds his Colt in the climactic scene in the office of Senator Henry Babcock. 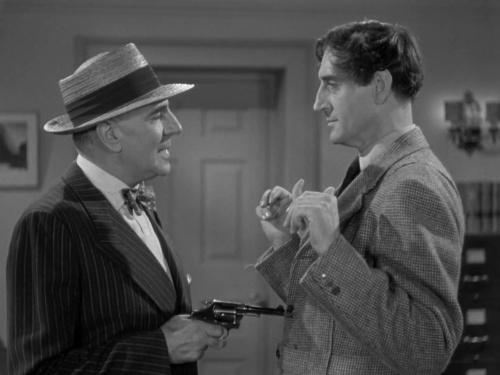 He aims at Holmes, demanding the microfilm.

A Colt Detective Special revolver is used by Stanley's henchman Howe (Don Terry). Cady (Bradley Page), another henchman, holds a compact revolver that isn's seen clear but appears to be a Colt and very possibly also a Detective Special. 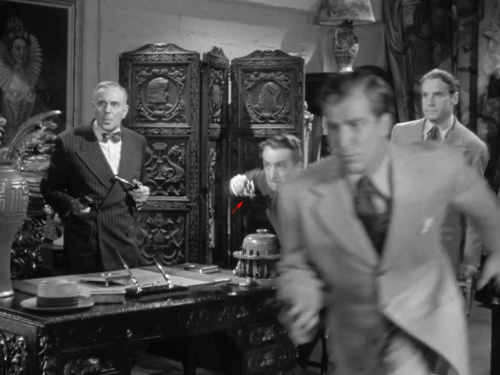 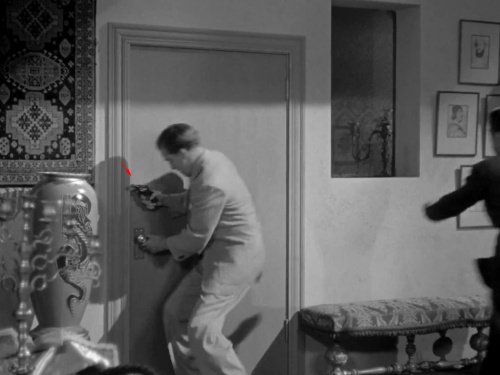 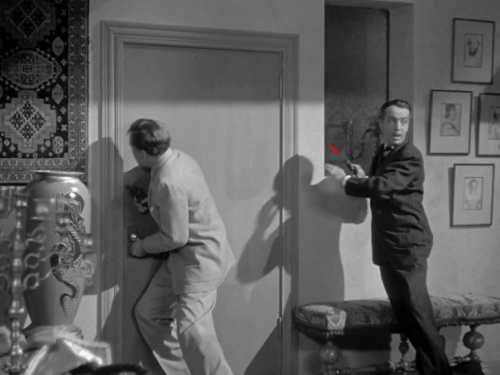 Cady's revolver is seen at the right. 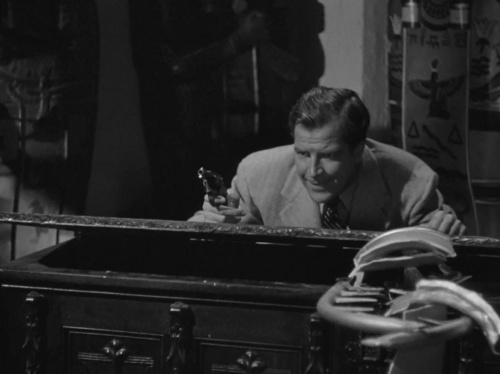 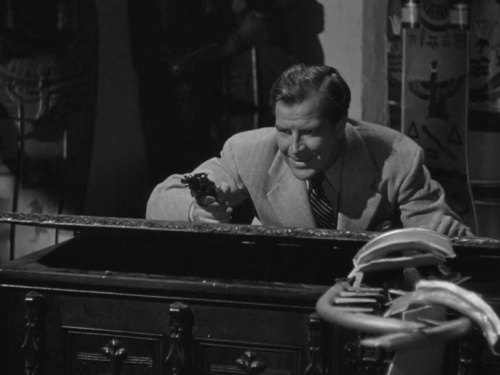 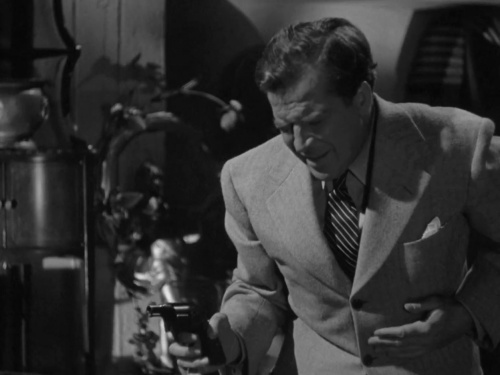 Howe is shot by Watson.

A British officer on airfield carries a canvas holster for Webley .455 Mk VI, Webley .38 Mk IV and Enfield No.2 revolvers. The holster is not empty, but the exact model of the revolver cannot be identified. 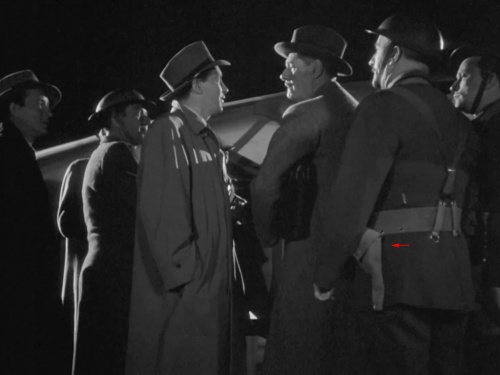