Sherlock Holmes and the Baker Street Irregulars is a 2007 British made for TV two-part detective movie directed by Julian Kemp and starring Jonathan Pryce as Sherlock Holmes, Bill Paterson as Dr. Watson, and Anna Chancellor as Irene Adler. The movie uses Arthur Conan Doyle's characters but the plot is original: it rotates around the rag-tag group of street kids, known as Baker Street Irregulars (they were presented in A Study in Scarlet novel). In this film the kids help Holmes when the great detective himself is accused of murder and put under house arrest.

The following weapons were used in the film Sherlock Holmes and the Baker Street Irregulars:

Irene Adler (Anna Chancellor) and her accomplice Mallory (Frank Murray) use a Webley Mk VI revolver in several scenes. The revolver doesn't fit for 1880s-1890s when the story is set. 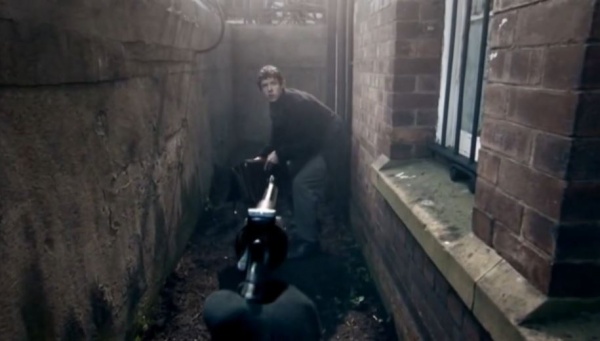 Irene Adler aims her revolver at street urchin Jack (Ben Smith) who just stole a briefcase with documents from Mallory. 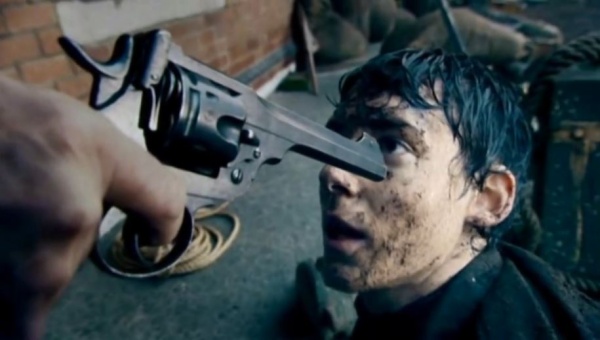 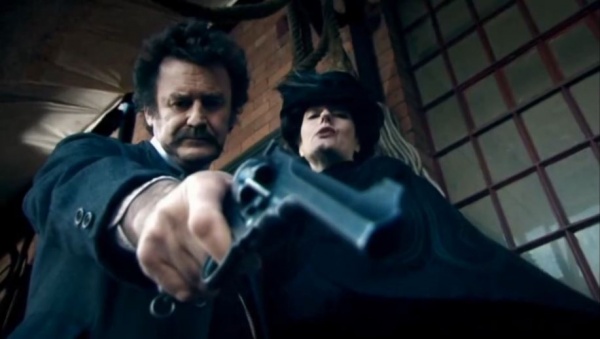 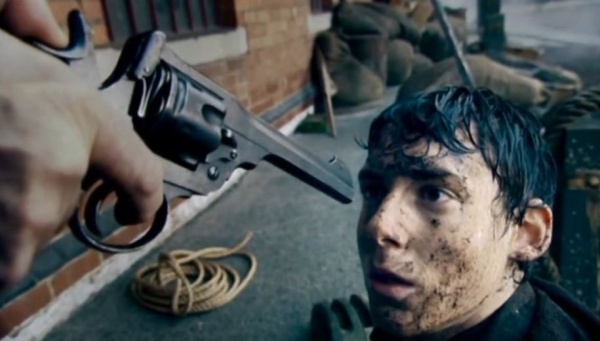 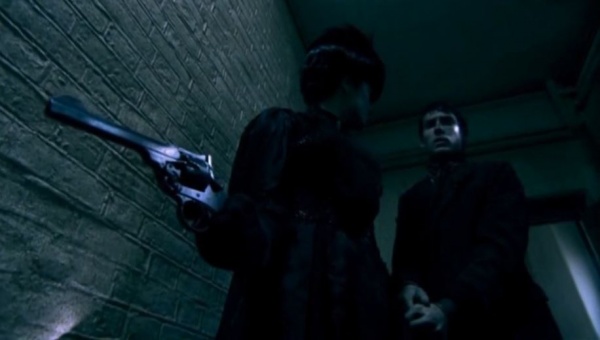 When Irene Adler is arrested, her Remington 1866 Derringer is seen in Sherlock Holmes' (Jonathan Pryce) hands. The pistol appears to be a plastic toy gun rather than a real weapon. 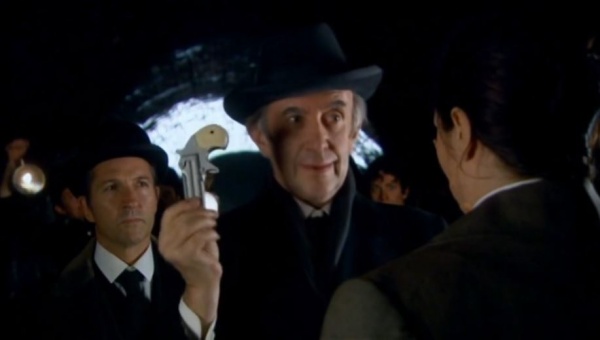 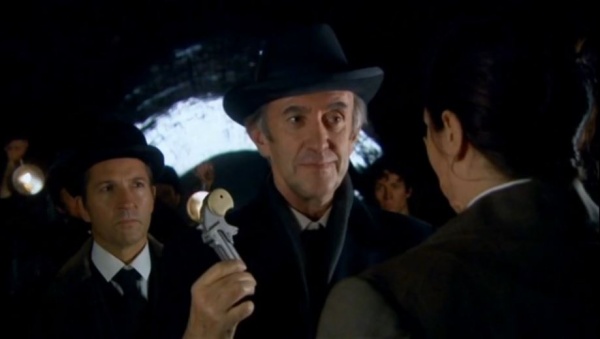