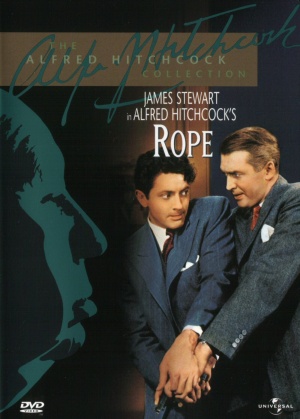 The following weapons were used in the film Rope:

Brandon Shaw (John Dall) puts a loaded Colt Detective Special in his pocket, later telling Rupert Cadell (Jimmy Stewart) that he was going to use it to defend himself from burglars during a trip up to Connecticut. Phillip Morgan (Farley Granger) then grabs it and struggles with Rupert over it, with Rupert gaining the upper hand after accidentally firing a shot. Rupert then fires three shots out the window to gain the attention of people below. 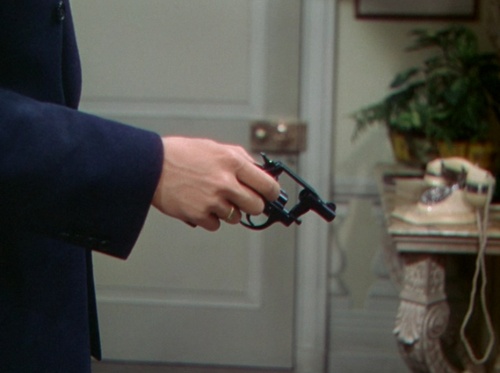 Brandon checks his Colt DS when he and Phillip hear Rupert at the door. 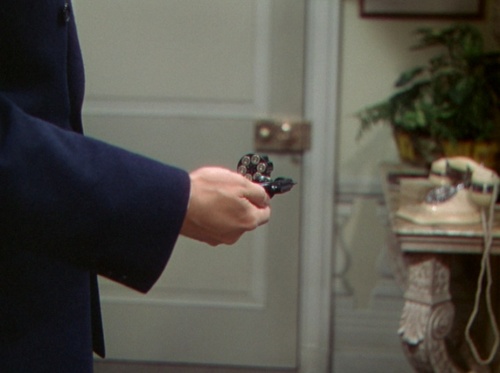 Brandon shows Phillip that his revolver is indeed loaded. 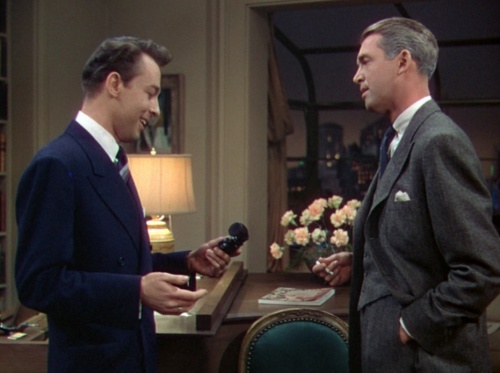 Brandon places his snubnose on the piano when Rupert notices it in his pocket. 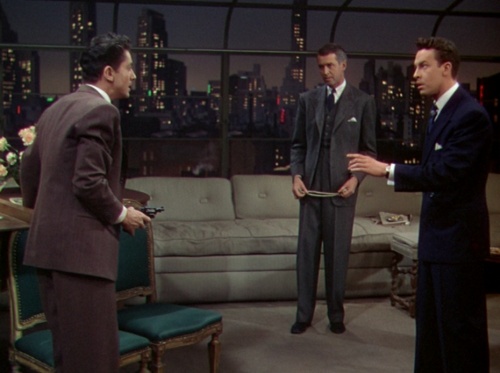 Phillip grabs the Colt DS from the piano and holds it on Rupert and Brandon. 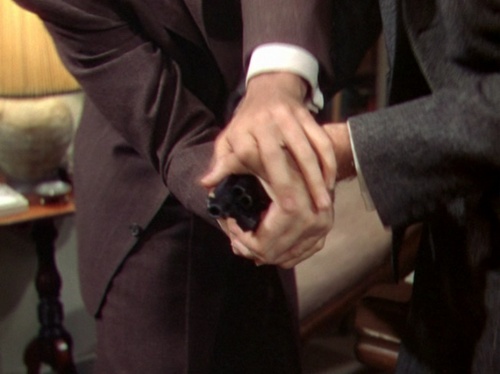 Phillip and Rupert fight over the Colt DS. 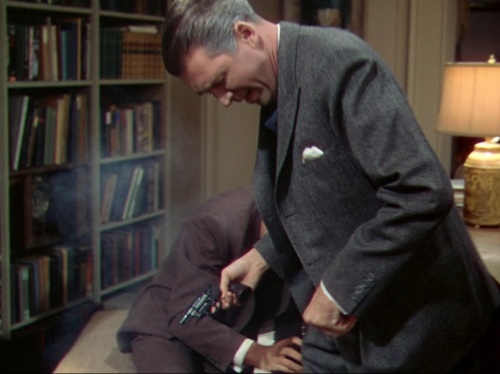 Rupert with the Detective Special after wounding his hand in the fight. 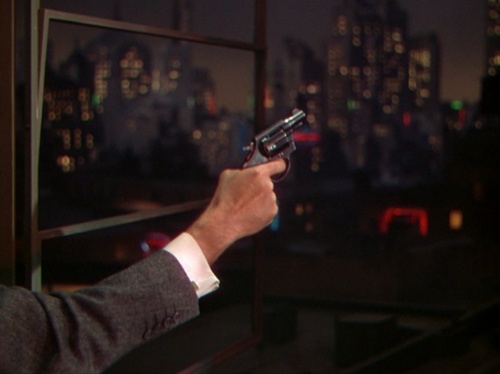