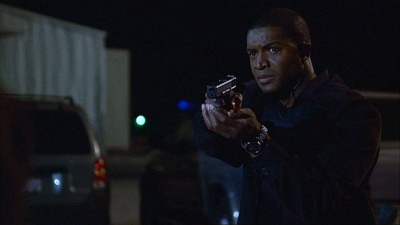 Roger R. Cross as Curtis Manning holding a Glock 17 on 24. 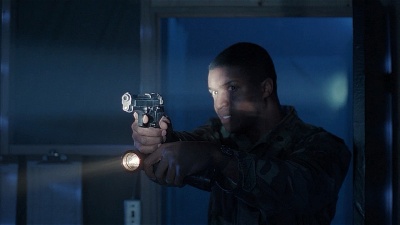 Roger R. Cross as Private Kittel wields a Beretta 92FS in The X-Files.

Roger R. Cross is a Jamaican-born actor who frequently portrays law enforcement officers in numerous films and television series, notably his role as CTU Agent Curtis Manning in the series 24. After living in Jamaica for 11 years, Roger and his family moved to Vancouver, where he would later appear in productions filmed there, including X2, Continuum, and The X-Files.