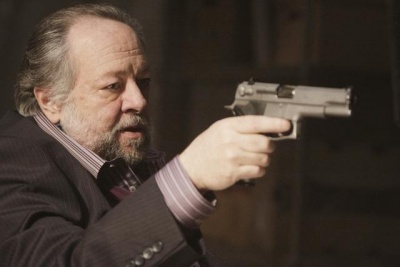 Ricky Jay (1948-2018) was an American magician/actor who appeared in such films as Tomorrow Never Dies, The Prestige and Boogie Nights. He was a frequent collaborator with director/playwright David Mamet, co-starring in several of his productions such as House of Games, Homicide (1991), Heist (2001) and The Unit.