Red Dust is an American Pre-Code drama film set on a French Indochina rubber plantation starring Clark Gable, Jean Harlow, and Mary Astor. It would be remade in 1953 as Mogambo with Gable reprising his role alongside Ava Gardner and Grace Kelly.

The following weapons were used in the film Red Dust:

Barbara Willis (Mary Astor) sleeps with a Smith & Wesson Model M&P revolver under her pillow. After Smith & Wesson began numbering its handgun models in the 1950s, this revolver would become known as the Model 10. 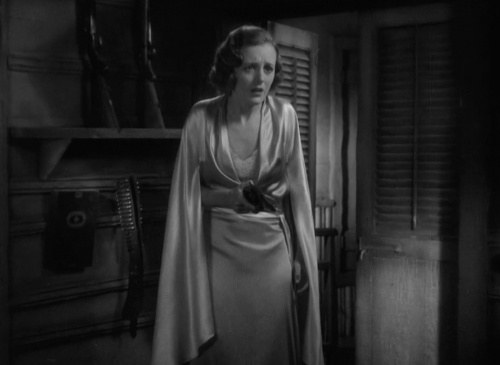 Barbara shoots from the hip. 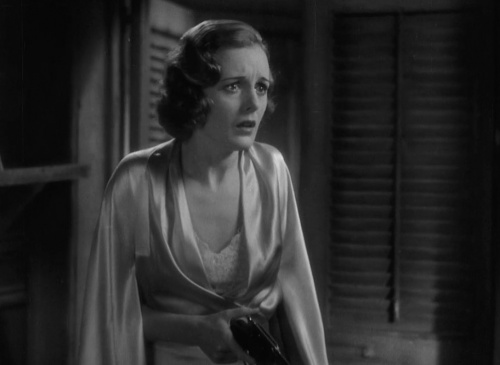 Barbara's revolver hangs in her hand after she fires a shot.

Dennis Carson (Clark Gable) arms himself with a double-barreled rifle when he is tasked with killing a tiger that is threatening their operation. 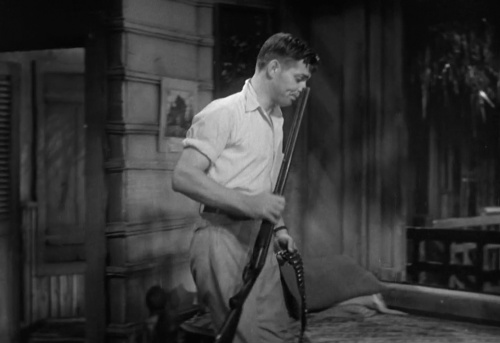 Dennis picks up a double-barreled rifle from his storage. 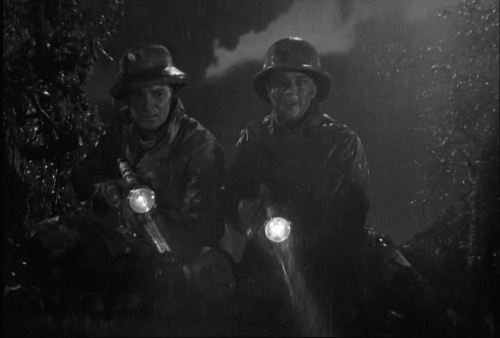 Dennis lowers his rifle after shooting the tiger. Both he and Gary have flashlights attached to the tops of their rifles. 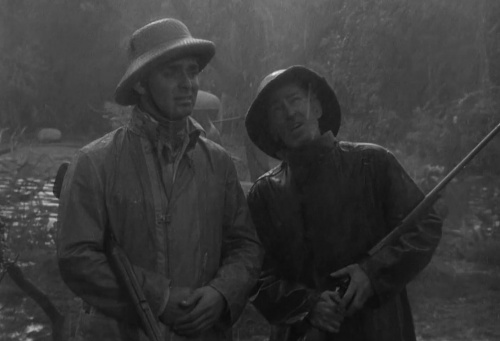 Mac holds his rifle while talking to Dennis about Gary.

Gary Willis (Gene Raymond) carries a bolt-action sporterized rifle that he is enthusiastic about using against the rifle threatening the plantation's operation. 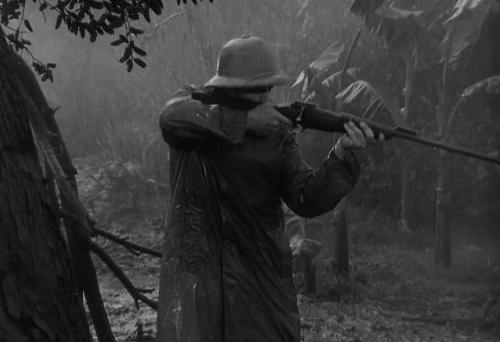 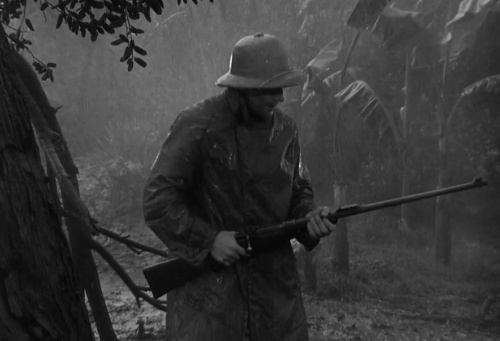 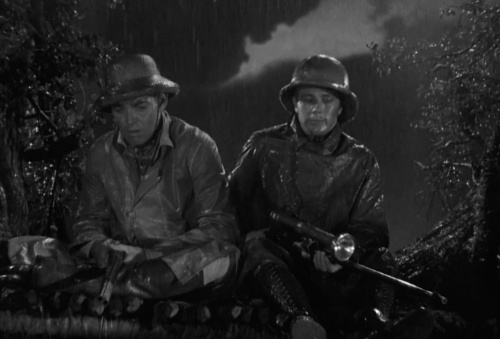 After Dennis (Clark Gable) attached a flashlight to his rifle, Gary sits with Dennis and waits for the tiger to appear.
Retrieved from "http://www.imfdb.org/index.php?title=Red_Dust&oldid=1326277"
Categories: