Pulse (回路; Kairo) is a low-budget, but cult Japanese horror film directed by Kiyoshi Kurosawa. While the film is little-known outside of Japan, it was remade in the United States in 2006.

The following weapons were used in the film Pulse: 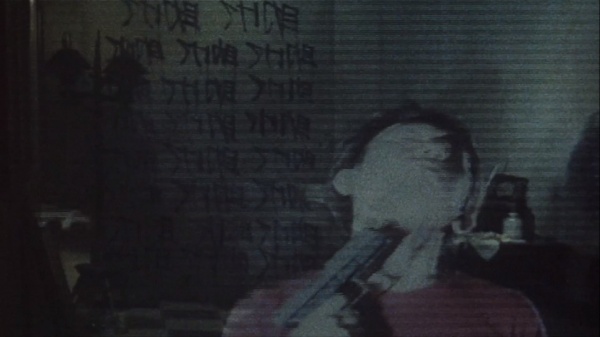 The man shoots himself. 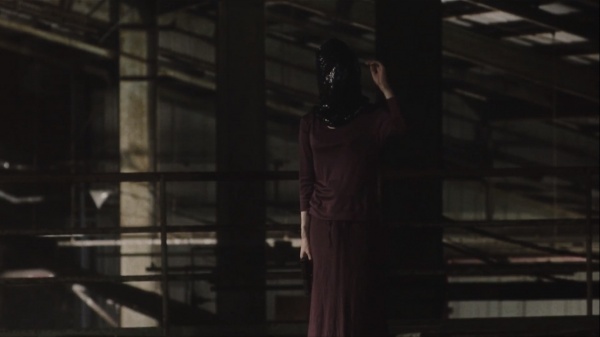 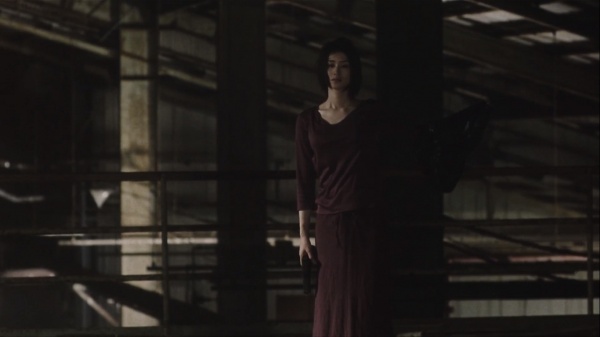 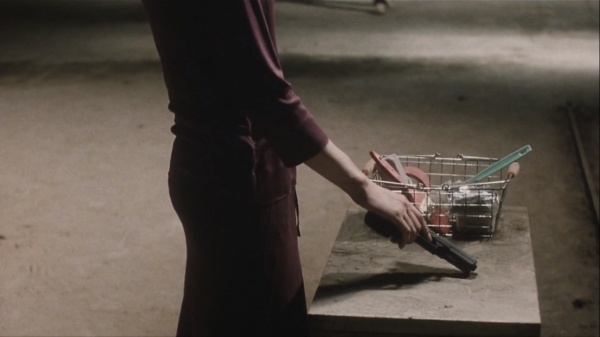 Harue puts her Glock on the table. 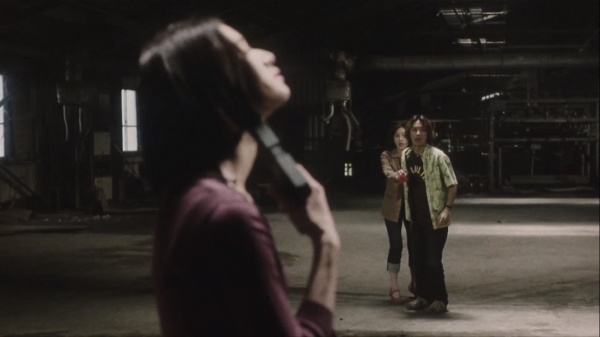 She then grabs the Glock. The front sight can be seen. 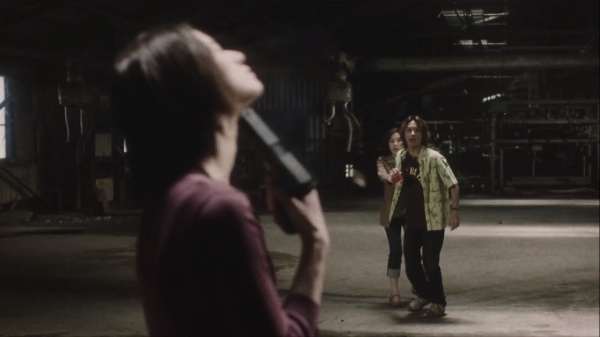 Harue puts the pistol to her chin. 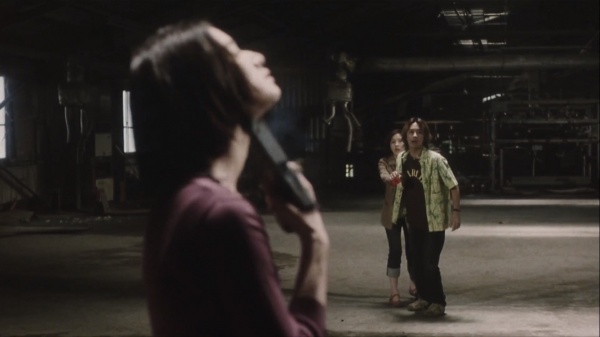 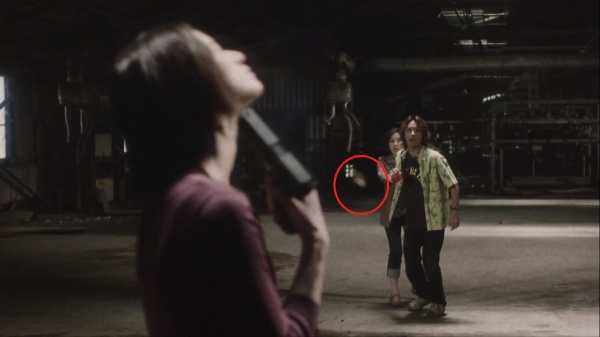 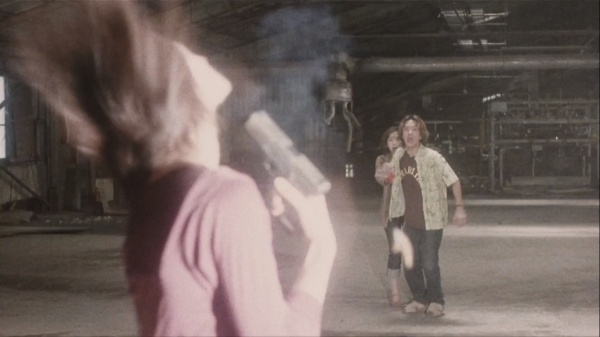 The muzzle flash is partially obscured by the gun smoke.