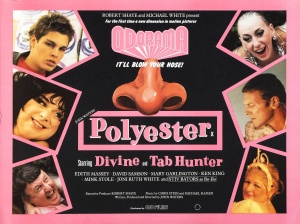 Polyester is a 1981 comedy directed by John Waters, and starring Divine and Tab Hunter (Hunter being the first legitimate actor Waters used for any of his films). This was his first film to scrape the mainstream, being rated R by the MPAA, whereas all of his previous films had been rated X, or banned. A tribute to the 1950s melodramas of Douglas Sirk and the gimmick-heavy films of William Castle, the film was released in "Odorama", where the audience was distributed cards before the screening, in the manner of 3-D glasses. When a number would flash on the screen, the audience would scratch and sniff the number on their Odorama cards, smelling the odor occurring on-screen. The music was composed by Chris Stein and Deborah Harry of Blondie, as well as future Die Hard composer Michael Kamen. Bill Murray performs one of the songs for the film.

The following weapons were used in the film Polyester: 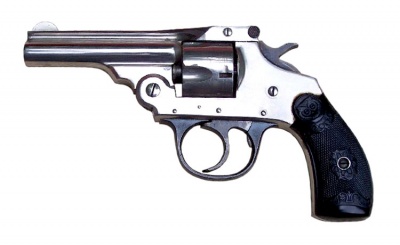 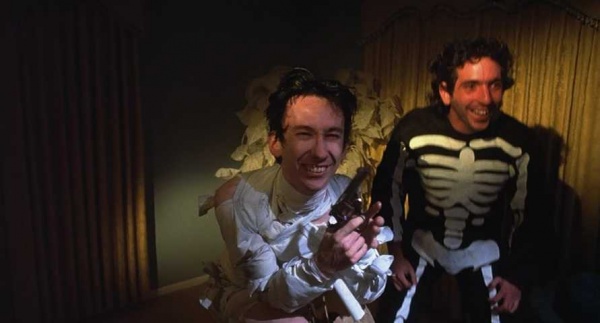 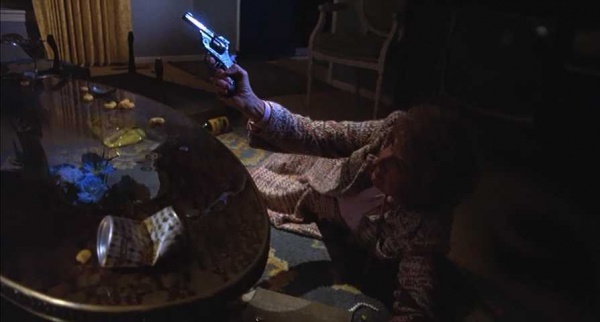 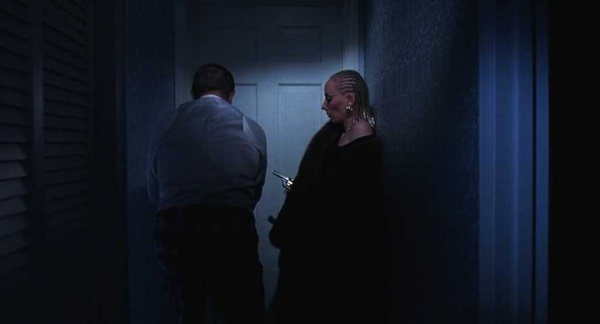 Sandra Sullivan holds the pistol as Elmer enters Francine's room. This is probably the same pistol due to the film's low budget.
Retrieved from "http://www.imfdb.org/index.php?title=Polyester&oldid=1309794"
Categories: