Parade of the Planets (Parad planet)

Parade of the Planets (Parad planet) is a 1984 Soviet philosophical drama movie by Vadim Abdrashitov. The only part of the movie where the firearms are seen is the opening episode when the main characters are serving in the Soviet Army as the gun-crew and participate in the maneuvers.

The following weapons were used in the film Parade of the Planets (Parad planet): 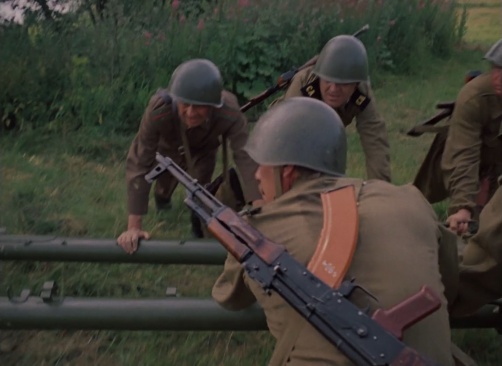 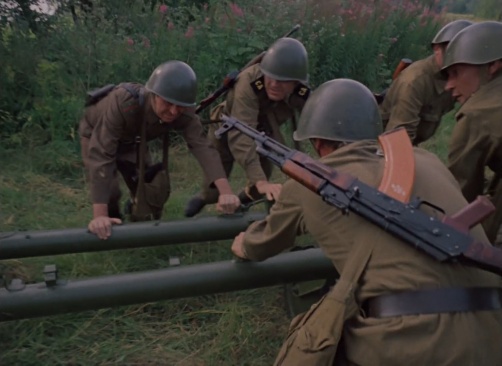 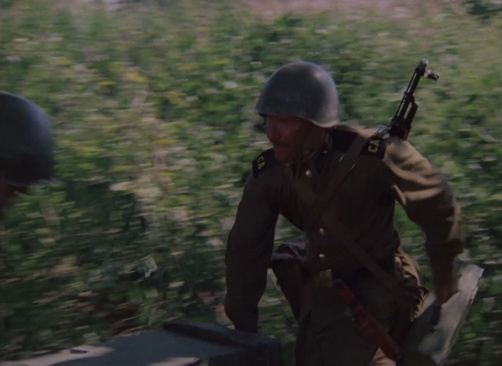 The main characters carry AKMs when they prepare the D-44 AT gun for battle. 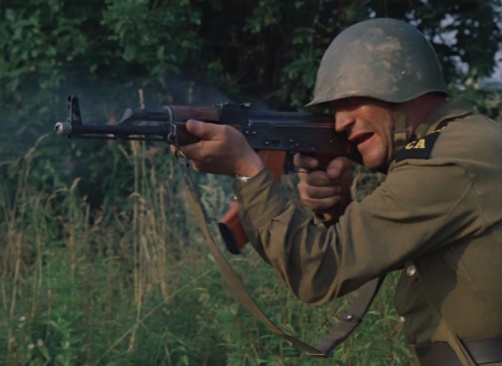 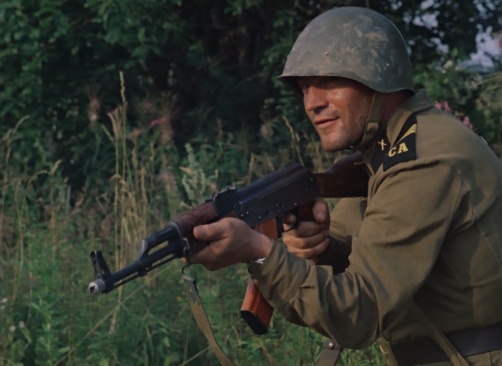 A good view on the white blank adapter in the muzzle of Pukhov's AKM. 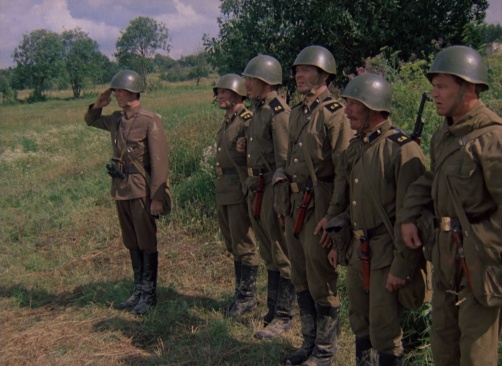 The gun crewmembers carry 6Kh4 bayonets in scabbards on the belts.

AK-74 assault rifles are briefly seen in the scene when the soldiers are running in gas masks. 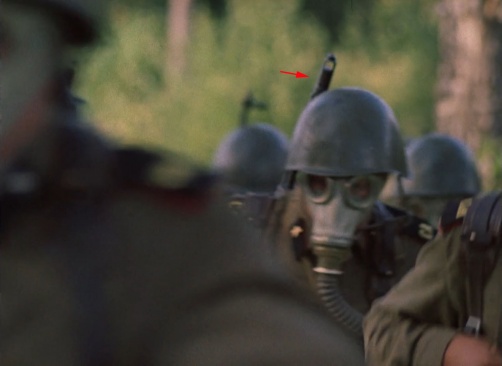 The typical muzzle brake of the AK-74 is seen in center.

Several RPKs are seen in the scene when the soldiers are running in gas masks. 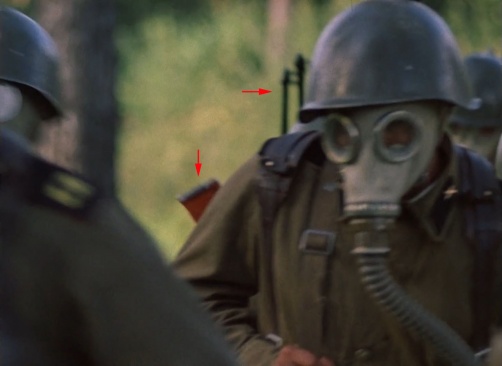 The barrel, bipod and magazine are seen. 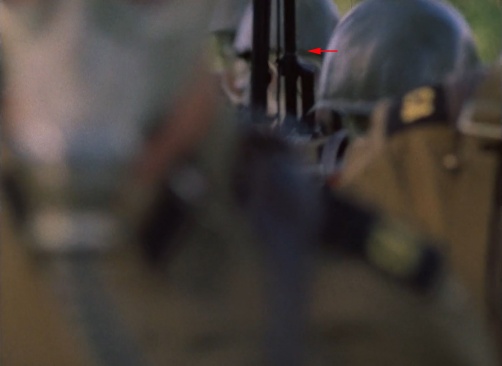 The barrel with folded bipod are seen in center. 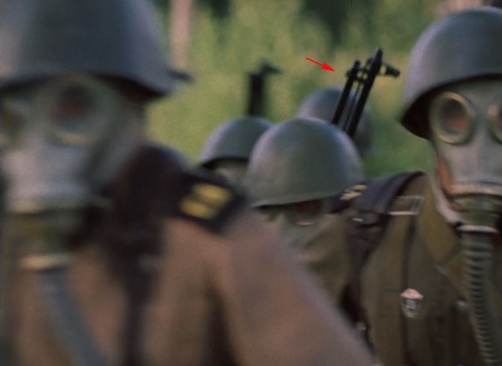 The barrel with folded bipod is seen at the background.

At least one RPK-74 is also seen in the same scene. 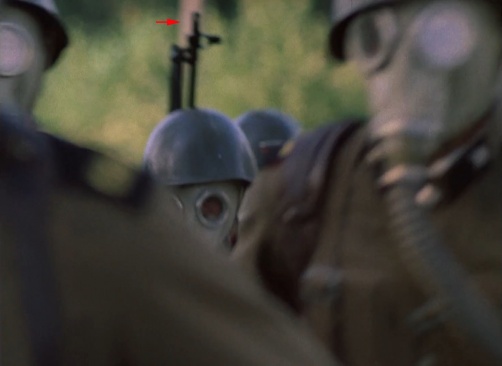 The muzzle brake allows to differ RPK-74 from RPK. 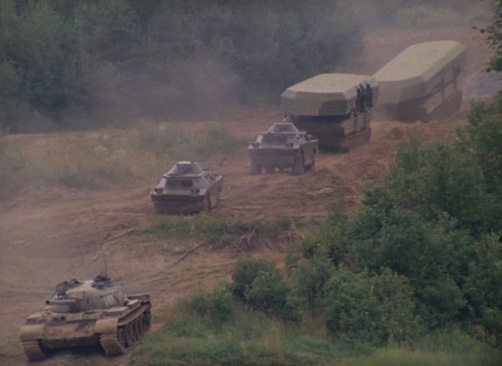 The barrels of the KPVT machine guns can be seen on two BRDM-2. PKT machine guns on T-55 tank and BRDM-2 armored cars aren't seen. 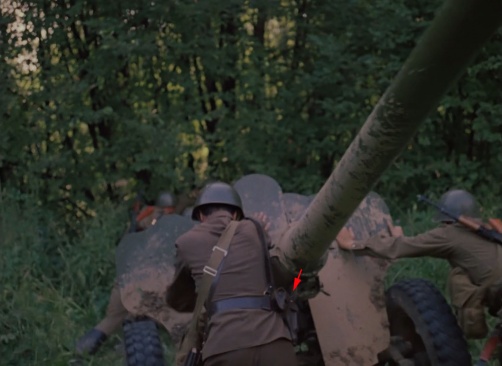 PM holster is seen on the belt of Kostin. It looks flat and empty. 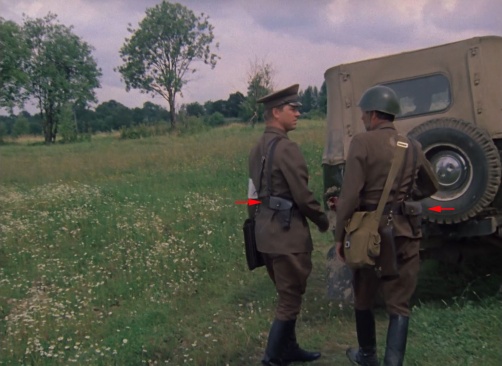 Kosint and an unnamed Captain (Mikhail Kislov) (at the left) carry PM holsters. 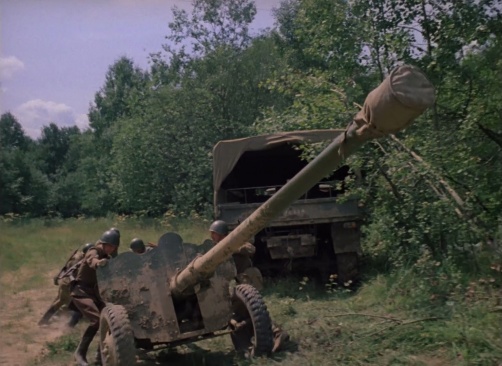 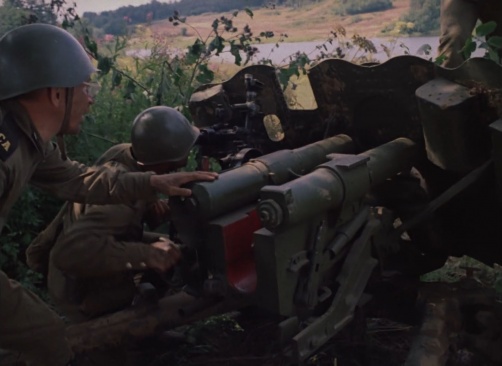 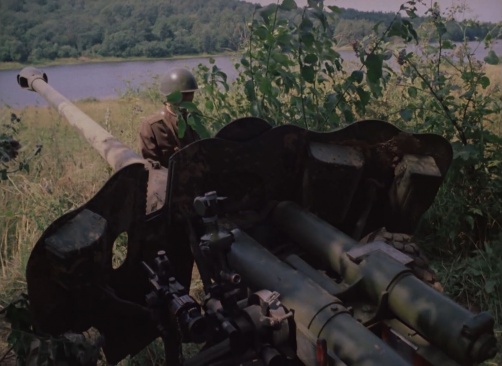 85mm D-44 AT gun. The main characters of the movie served as its gun-crew. 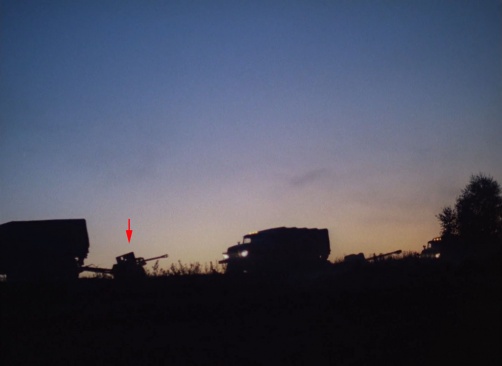 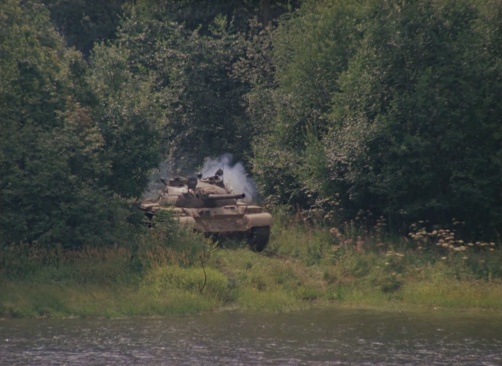