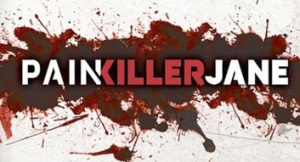 Painkiller Jane is a made-for-TV movie that debuted on the Sci-Fi Channel in 2005. Based on the comic book series of the same name, the film starred Emmanuelle Vaugier as Capt. Jane Elizabeth Browning, a special forces soldier who, while on assignment in Chechnya, comes into contact with a strange virus that gives her the ability to rapidly self-heal. It was originally supposed to be the pilot for the television series Painkiller Jane, but as a result of this movie's poor reception, the planned series was shelved. A two-year hiatus followed in which the show was re-tooled and re-cast, and the series began anew in 2007, this time starring Kristanna Loken as a self-healing DEA agent named Jane Vasco.

During their mission in Chechnya, U.S. Army CPT. Jane Elizabeth Browning (Emmanuelle Vaugier) and her unit are armed with M4A1 Carbine assault rifles fitted with various accessories from the SOPMOD kit. Note that despite being U.S. Army, they are all wearing U.S. Marine Corps MARPAT uniforms. 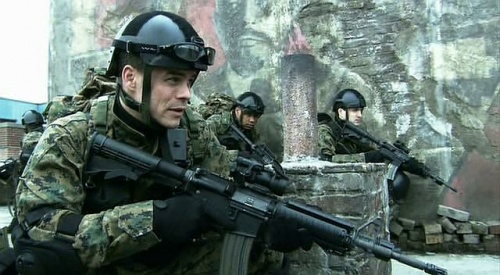 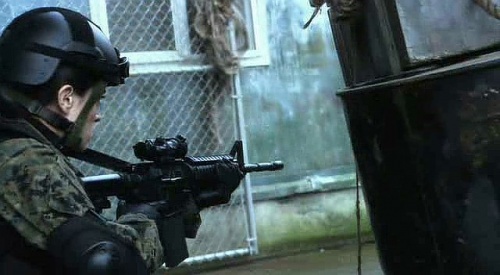 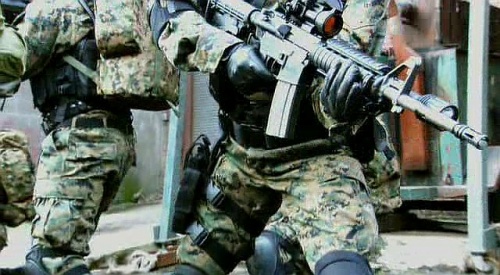 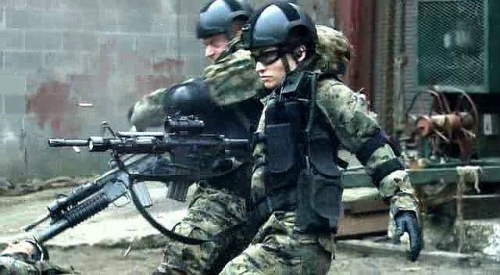 A couple Colt Model 723 carbines can be seen mixed in with the Browning's team's M4s. 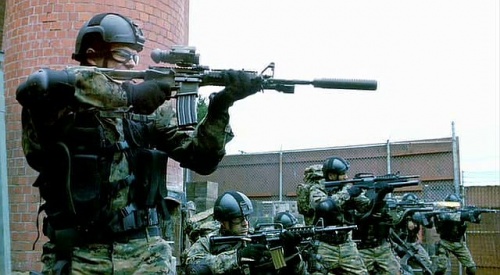 The kneeling soldier with a Model 723 with an RIS handguard. 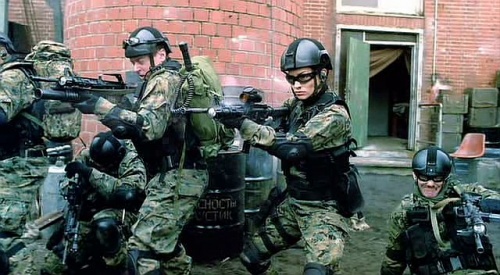 The soldier collapsing on the right with a Model 723 after being hit.

In the opening sequence, one of the U.S. Army soldiers has a Model 723 fitted with a Cobray CM203 Flare Launcher.

The M14 rifle is seen being used by a sniper providing cover for Browning's team. 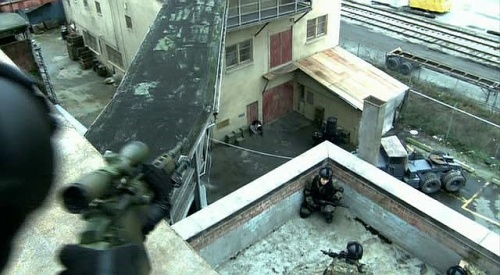 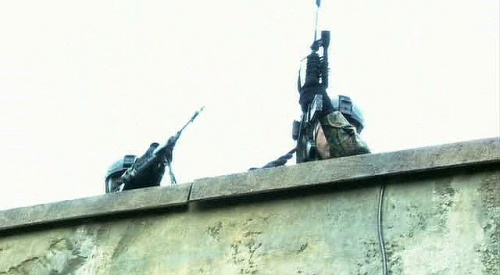 The Russian soldiers in Chechnya are all armed with Norinco Type 84 assault rifles, which are meant to be stand-ins for the AK-74 (this is the most common use for the Type 84 in Western productions). Both fixed and under-folding stock models are visible in the scene. 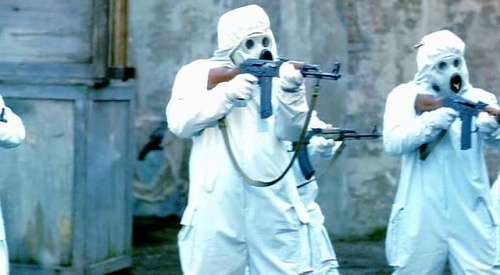 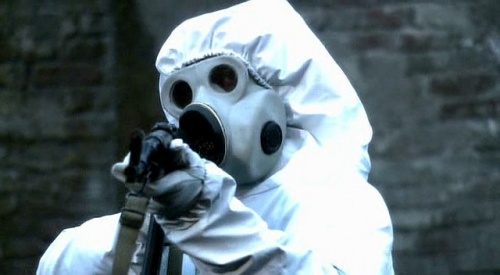 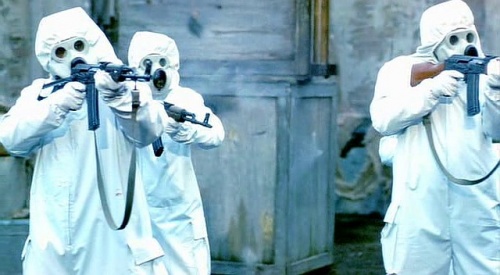 A Makarov PM is used by the leader of the Russian soldiers to kill a member of Jane's unit, and then to shoot Jane herself. It may be a Chinese Type 59 or some other non-Russian copy, but it's hard to tell because the pistol isn't seen too clearly. 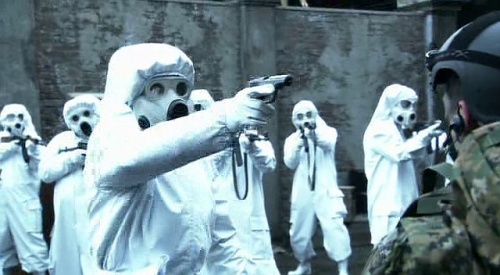 An M1911A1 pistol is drawn by Jane while trying to shoot the Russian commander, but she is hit and wounded before she can get off a shot. 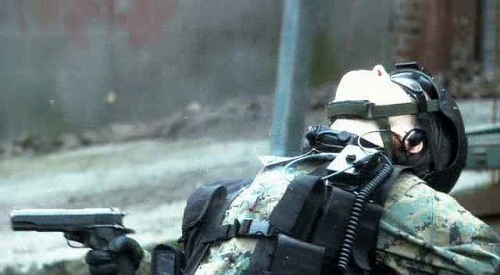 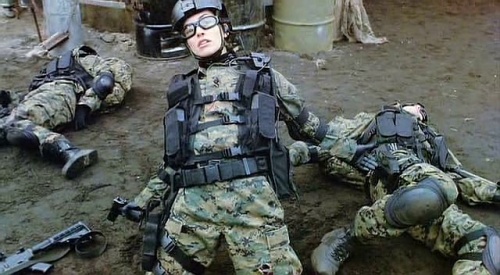 During her escape from her military escort, Jane takes a full-size Jericho 941 R from one of her guards and subsequently uses it for most of the film. Apparently, the Jericho is supposed to be the standard sidearm of the U.S. military personnel in the movie, even though in real life the U.S. service sidearm at the time was the Beretta 92FS/M9. 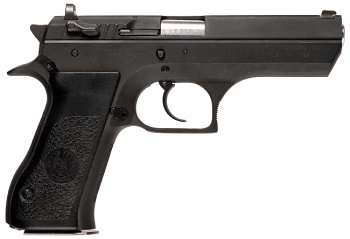 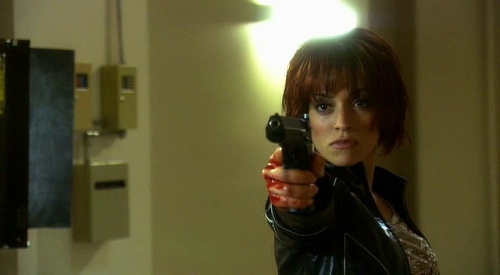 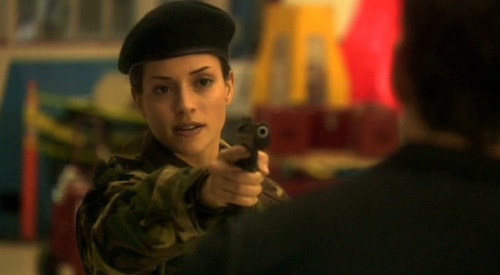 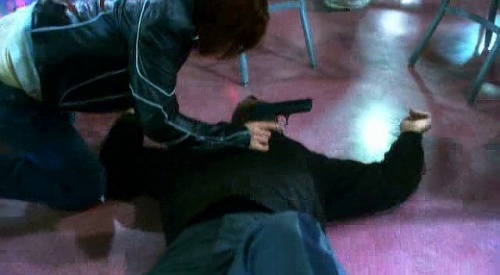 The U.S. military police guards who chase Jane (including the one who shoots at her) during her escape are armed with Diemaco C7s, or, most likely, the Olympic Arms K4B equivalent (which seems to be commonly used by Canadian armorers). These rifles are apparently meant to be M16A2 stand-ins. 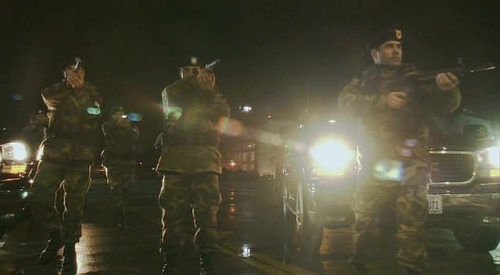 The military intelligence operative who shoots at Jane and Colonel Watts (Richard Roundtree) is armed with a strange type of machine pistol that isn't clearly seen. It appears to be a two-tone Beretta 92FS that has been given a Beretta 93R-style flash hider and forward grip, possibly the same gun seen in Underworld: Evolution (which had the same armorers as this show, presumably). 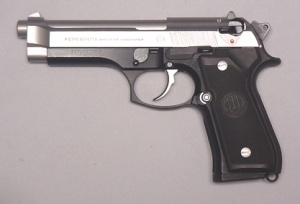 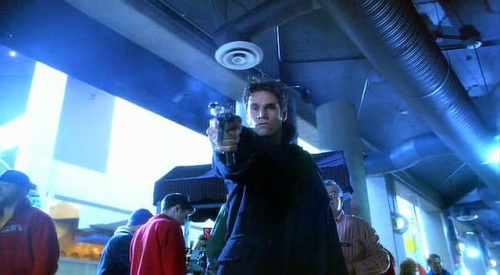