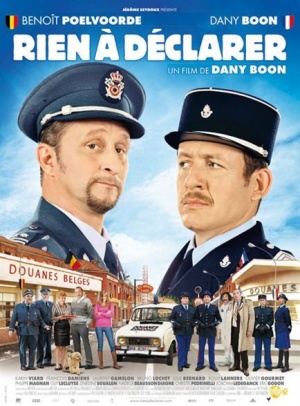 Nothing to Declare (French title: Rien à déclarer) is a 2010 Franco-Belgian comedy written and directed by Dany Boon.

The following weapons were used in the film Nothing to Declare:

The Browning Hi-Power is used by the Belgian police, including the trigger-happy officer Ruben Vandevoorde (Benoît Poelvoorde).

Bruno Vanuxem (Bouli Lanners) holding his pistol with the slide pulled back.

Vandevoorde with his Browning Hi-Power.

An officer arresting a gang member.

A Makarov PM is carried by a gang member.

The gang member being subdued. 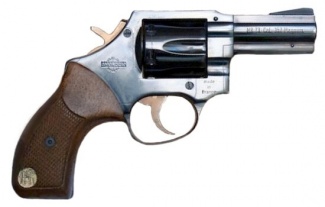 Mercier with a holstered Manurhin.

Ducatel with his revolver drawn.

Another officer with his revolver.

One of the police officers uses a Remington 870 with a folding stock and a weaponlight.