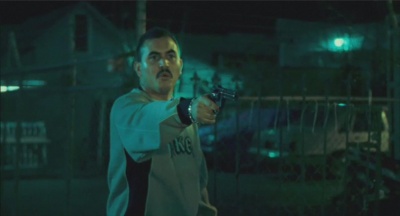 Noel Gugliemi with a Colt Python as Flaco in Harsh Times. 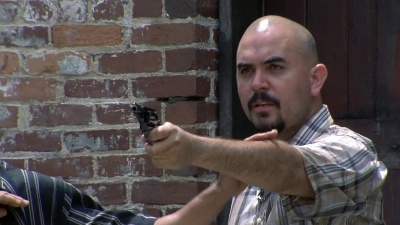 Noel Gugliemi with a Smith & Wesson Model 10 as Felipe in The Walking Dead - Season 1.

Noel Gugliemi is an American actor who is sometimes credited as "Noel G." and often is seen portraying gangsters. His appearances include in such films and television series as Training Day, Street Kings, The Fast and the Furious, Furious 7, Harsh Times, and The Walking Dead.