The following weapons were used in the film Muscovite Wizard (Moskal-charivnyk):

Moskal-charivnyk (Bohdan Benyuk) owns Single Barreled Shotgun, which is very high quality mocked up as flintlock musket. At the a few scenes, his gun appeared in the hands of Tetyana (Ruslana Pysanka) and Mykhaylo (Aleksandr Bondarenko). During the firing, the facke flintlock can be seen moving and the only rece, that match a modern gun is a fact, that an ancient guns is a solid, while the screen gun is assembled in two parts.

Crafted in the Swedish style, this was the first dog lock style or "English lock" introduced into English forces and was used in the English Civil War. (for comprassion). 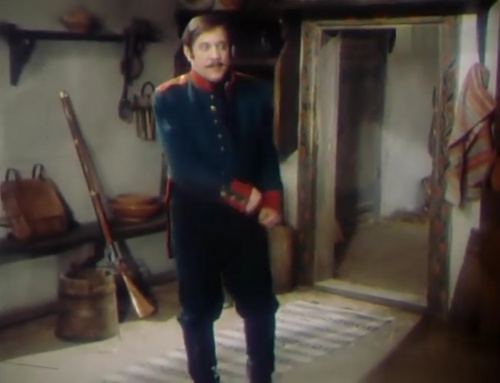 Moskal-charivnyk puts the gun to the wall. 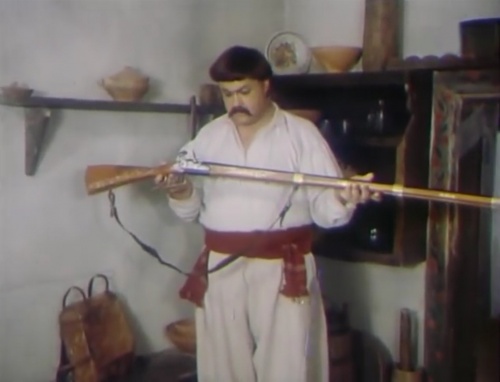 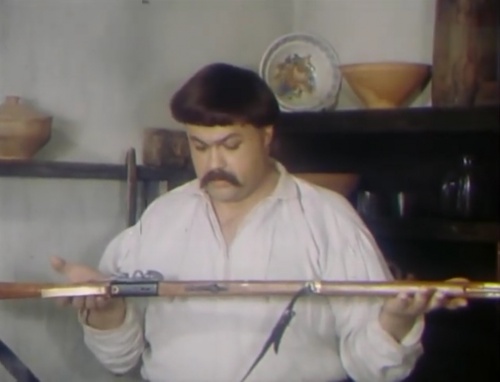 Note the gun is assembling in two parts. 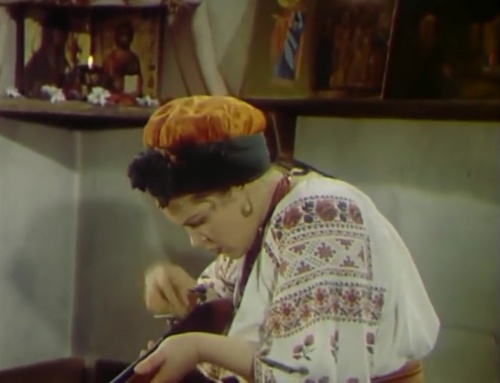 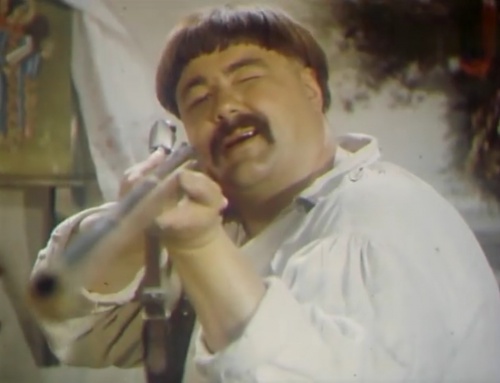 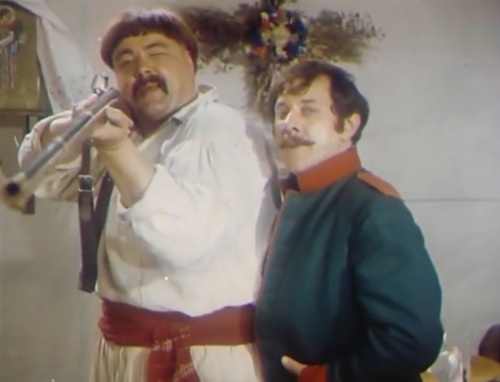 Mykhaylo aims again, when the gun is clocked empty. 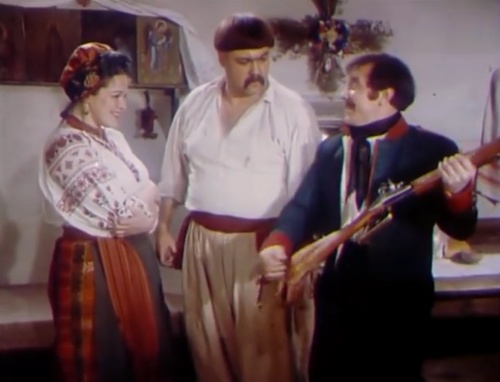 Moskal-charivnyk takes back his gun. 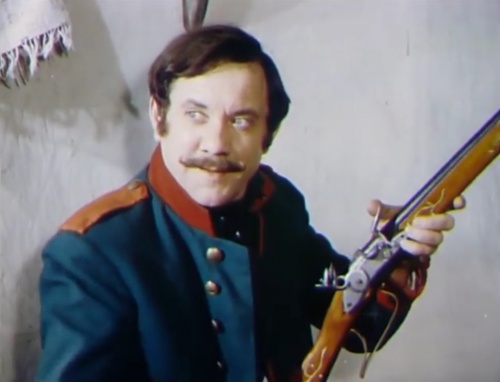 A perfect view of the lock... 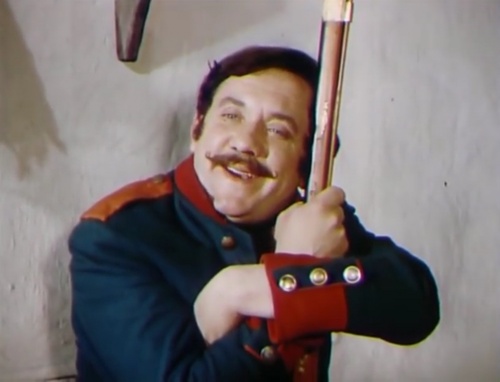 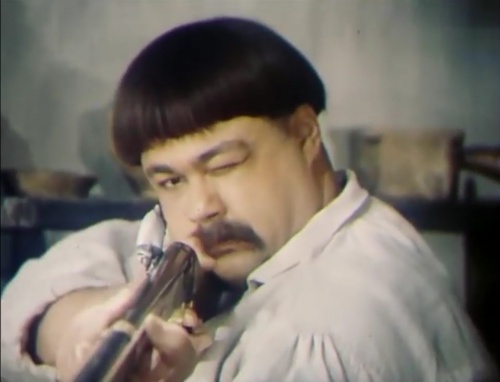 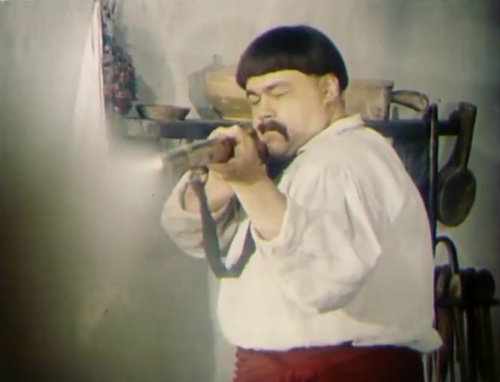 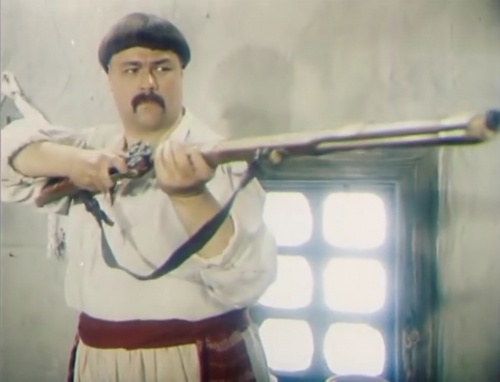 Mykhaylo aims the gun. The position of the ramrod can be seen.
Retrieved from "http://www.imfdb.org/index.php?title=Muscovite_Wizard_(Moskal-charivnyk)&oldid=1242119"
Categories: