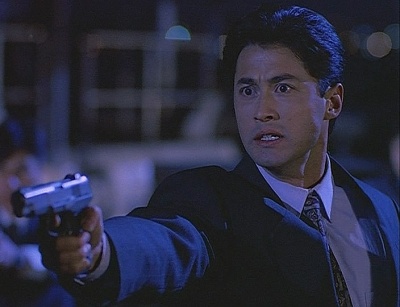 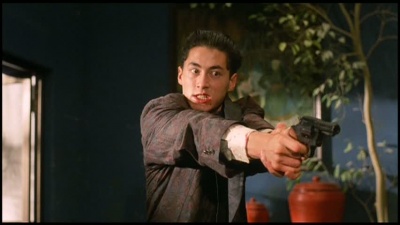 Michael Wong with a Smith & Wesson Model 10HB as Michael in Legacy of Rage.

Michael Wong is an American-born actor now based in Hong Kong who has appeared in such films as Legacy of Rage, Knock Off and City Hunter. He also is the younger brother of fellow actor Russell Wong.