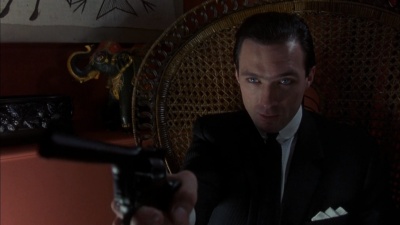 Martin Kemp as Reggie Kray holds a Enfield No.2 in The Krays.

Martin Kemp is a British actor/musician who was also part of 1980's band Spandau Ballet. He is also the twin brother of Gary Kemp.